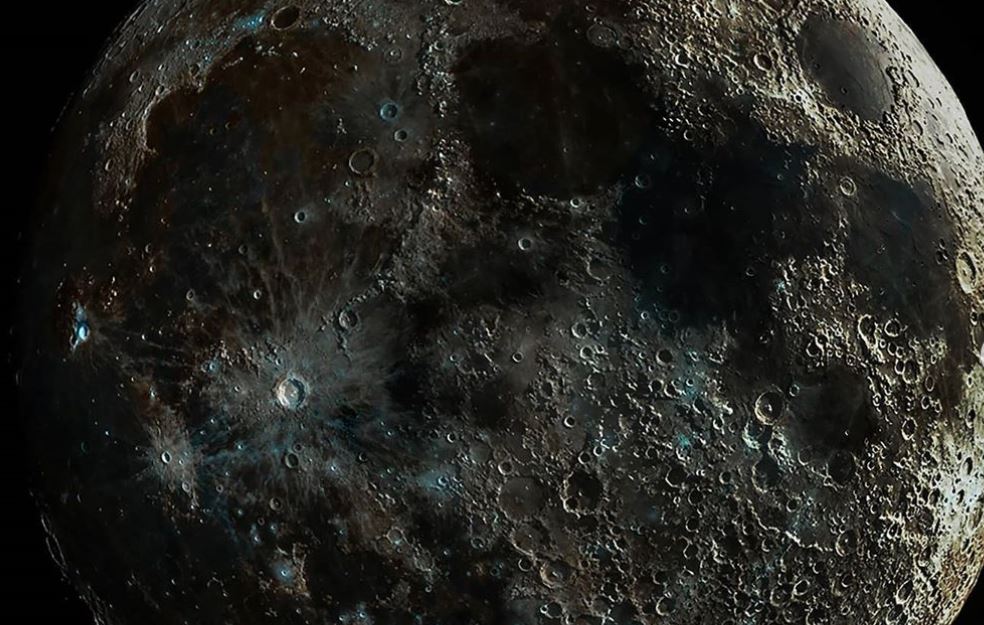 When you gaze up at the Moon at night — weather permitting, of course — you’re treated to a lovely sight. The Moon is awesome, and it has a whole lot of personality. Covered in craters that tell a story of billions of years of impacts both large and small. The particularly gorgeous image you see above is that same Moon, shot in a way that reveals every nook and cranny in high contrast.

The photo is, as its creator puts it, “impossible.” It was shot using a technique that maximizes the contrast of each tiny imperfection on its surface, making for a glorious, surreal image.

As LiveScience reports, the image is the creation of photographer Andrew McCarthy. While it appears to be a single capture, it’s actually the result of many nights of work and over a dozen individual photographs.

“This moon might look a little funny to you, and that’s because it is an impossible scene,” McCarthy writes on Instagram. “From 2 weeks of images of the waxing moon, I took the section of the picture that has the most contrast (right before the lunar terminator where shadows are the longest), aligned and blended them to show the rich texture across the entire surface.”

When sunlight strikes the Moon, the edges of the light and dark side show the greatest amount of detail and texture. What McCarthy did here is painstakingly stitched together over a dozen individual images, cutting out everything but the area of the surface that caught the light at the perfect angle.

The result is an image that appears almost 2D, as though the Moon is a flat disk with craters popping up and catching light from the Sun. It was surely a lot of work, but it was definitely worth it.