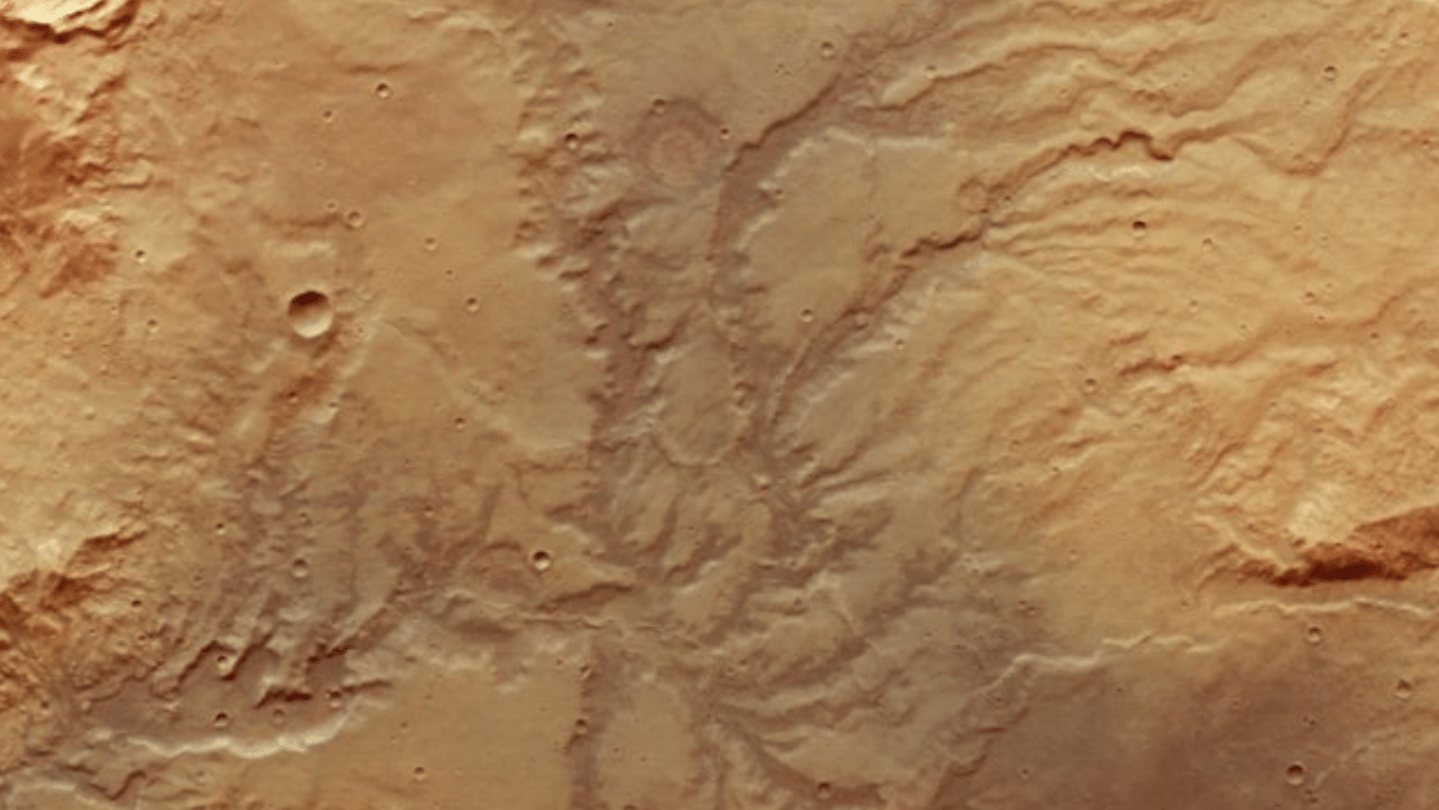 Mars as we know it today is a dusty, dried-up ball of rock with a little bit of ice here and there, but things were much different a long time ago. Through the various missions undertaken by NASA and the European Space Agency we’ve known for a while now that Mars once had a whole lot of water on its surface.

Now, a new set of images from ESA’s Mars Express satellite offers a look at what was once a very wet area of the Red Planet. The photos show a landscape that, aside from the obvious impact craters left over from long ago, is quite similar to natural drainage patterns we see here on Earth.

ESA describes what we’re seeing in the images:

The topography of this region suggests that water flowed downhill from the north (right in the main colour, topography and 3D images) to the south (left), carving out valleys up to two kilometres across and 200 metres deep as it did so. We see these valleys as they stand today, having undergone significant and heavy erosion since they were formed. This erosion is visible in the form of broken down, smoothed, fragmented and dissected valley rims, especially in the valleys cutting from east to west.

The water-carved valleys are very apparent to our eyes, but it’s hard for scientists to know where the water initially originated. ESA suggests a number of possibilities, including melting glaciers or even precipitation, but we may never know for sure.

The more we find out about ancient Mars the more it sounds like present-day Earth. With flowing water and an atmosphere that might have protected the roots of life, it’s entirely possible that Mars once hosted life. We don’t yet have the evidence to prove that life existed on the planet, but it might not be long before we have it.