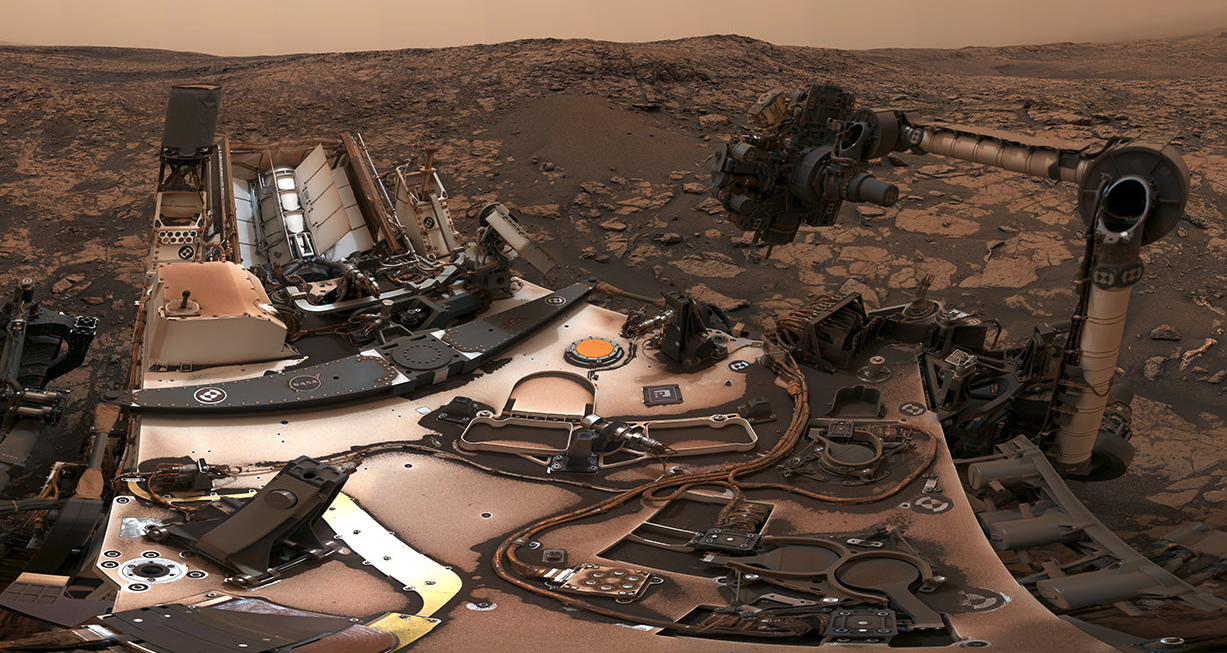 NASA’s Opportunity rover might be taking an extended nap at the moment (please don’t say it’s dead!) but the Curiosity rover is wide awake and doing a whole bunch of science stuff. The nuclear-powered robot, which didn’t experience any significant downtime in the wake of the dust storm that brought down its older sibling, just got done playing with some new rocks, and took a moment to grab a fantastic 360-degree view of its surroundings.

The image, which is a bit distorted near the bottom due to the quirks of taking a panorama with the rover’s own body in the frame, is a timely reminder of just how harsh the conditions on the Red Planet are.

“The panorama includes umber skies, darkened by a fading global dust storm,” NASA explains in a new blog post. “It also includes a rare view by the Mast Camera of the rover itself, revealing a thin layer of dust on Curiosity’s deck. In the foreground is the rover’s most recent drill target, named “Stoer” after a town in Scotland near where important discoveries about early life on Earth were made in lakebed sediments.”

Those “umber skies” are still pretty dusty, but they’re a whole lot brighter than they were a few weeks back when the planet-wide dust storm was still at full strength. As for the target rock that Curiosity’s handlers sampled, it was a big win for the team which has had some unusually bad luck lately. As NASA notes, the team’s previous two target rocks were too hard to actually drill into, stifling attempts to get quality samples.

The panorama is pretty fantastic, and it’s even better when viewed in the 360-degree layout provided by YouTube. Removing all the distortion, you can actually look around and examine anything you want, including the rover itself. What’s particularly interesting is the significant amount of dust and debris that has built up on the rover’s body. You can even see the hole that has developed in one of the rover’s rugged wheels, which is the result of it climbing over sharp rocks.