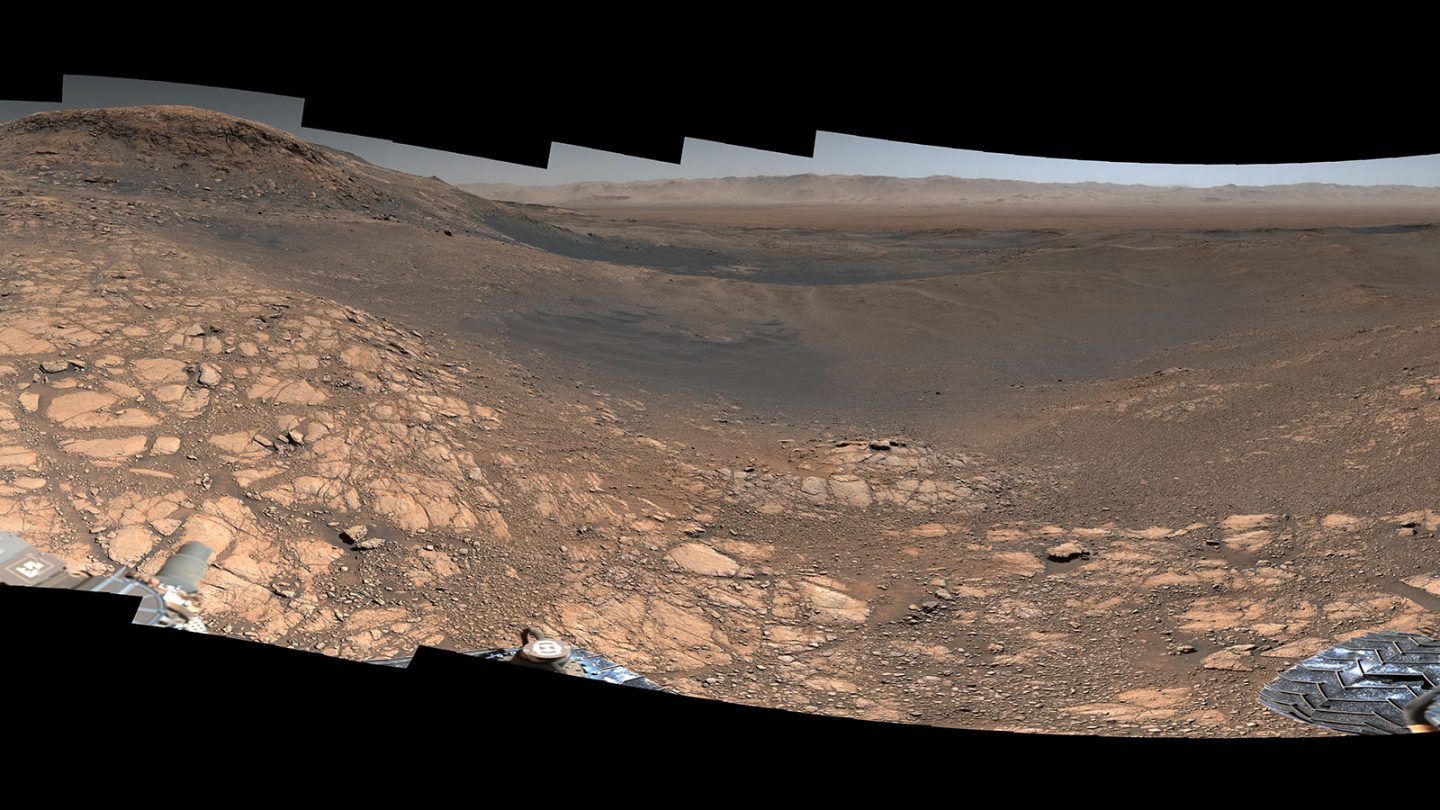 NASA’s Curiosity rover has a long history of snapping gorgeous images from its adventures on Mars. The Red Planet offers plenty of opportunities for breathtaking snapshots, and NASA has collected countless from the trusty rover over the years. That being said, the latest release from NASA’s Jet Propulsion Laboratory is easily its most impressive so far. It’s a massive, high-resolution panorama made of a whopping 1.8 billion pixels, and you could stare at it for days.

The image, which is the highest-resolution panorama shot by the Curiosity rover thus far, was stitched together from over 1,000 individual photos captured in late November 2019. While most of us were chomping on Thanksgiving dinner, Curiosity was feasting on these glorious sights.

The panorama features a section of Mount Sharp, the large geographical feature that Curiosity has devoted much of its life to exploring. The scaled-down version of the panorama is visible below, but if you want to dive into the full-sized image you’ll want to head over to NASA’s website, where a built-in web tool will let you explore the image without having to download it. That’s a good thing, since the full image weighs in at over 2.4 GB.

“It required more than 6 1/2 hours over the four days for Curiosity to capture the individual shots. Mastcam operators programmed the complex task list, which included pointing the rover’s mast and making sure the images were in focus,” NASA’s JPL explains in a blog post. “To ensure consistent lighting, they confined imaging to between noon and 2 p.m. local Mars time each day.”

Yes, the Martian landscape is dry, dusty, and devoid of life, but that doesn’t mean there isn’t plenty to enjoy here. Being able to zoom in and see various features in high detail is addicting, and you can easily lose yourself here for a while. Enjoy!