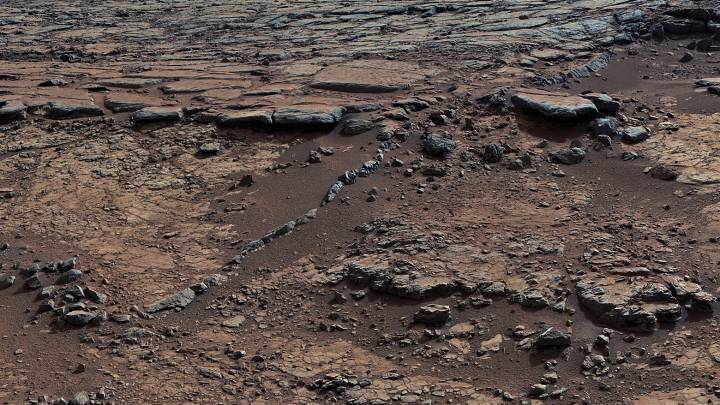 Despite all of the breathtaking photos, video, observations, and scientific discoveries that have happened so far on Mars — thanks to probes, rovers, and the like — there’s one burning question that remains completely unanswered: was there ever life there? We’ve found a wealth of minerals, evidence of water, and even the telltale signs of riverbeds and mud, but evidence of life remains illusive. A new report co-led by Roger Wiens of the Los Alamos National Laboratory doesn’t confirm that living organisms took root on the red planet, but it does paint a picture that seems very optimistic.

Drawing on various readings from the Curiosity rover, researchers have determined that a lake once existed in Mars’ Gale Crater, and the body of water had some extremely interesting characteristics. Rather than carrying a uniform density of oxygen, the water in the ancient lake held dramatically different levels of oxygen depending on the location and time.

“We’re learning that in parts of the lake and at certain times, the water carried more oxygen,” Wiens says. “This matters because it affects what minerals are deposited in the sediments, and also because oxygen is important for life. But we have to remember that at the time of Gale Lake, life on our planet had not yet adapted to using oxygen—photosynthesis had not yet been invented. Instead, the oxidation state of certain elements like manganese or iron may have been more important for life, if it ever existed on Mars. These oxidation states would be controlled by the dissolved oxygen content of the water.”

In short, the variety of conditions available in the lake at various times during its history could have offered ideal conditions for life to take hold, and that’s pretty huge news if you’re hoping to one day hear that humans have found evidence that martian life was real.