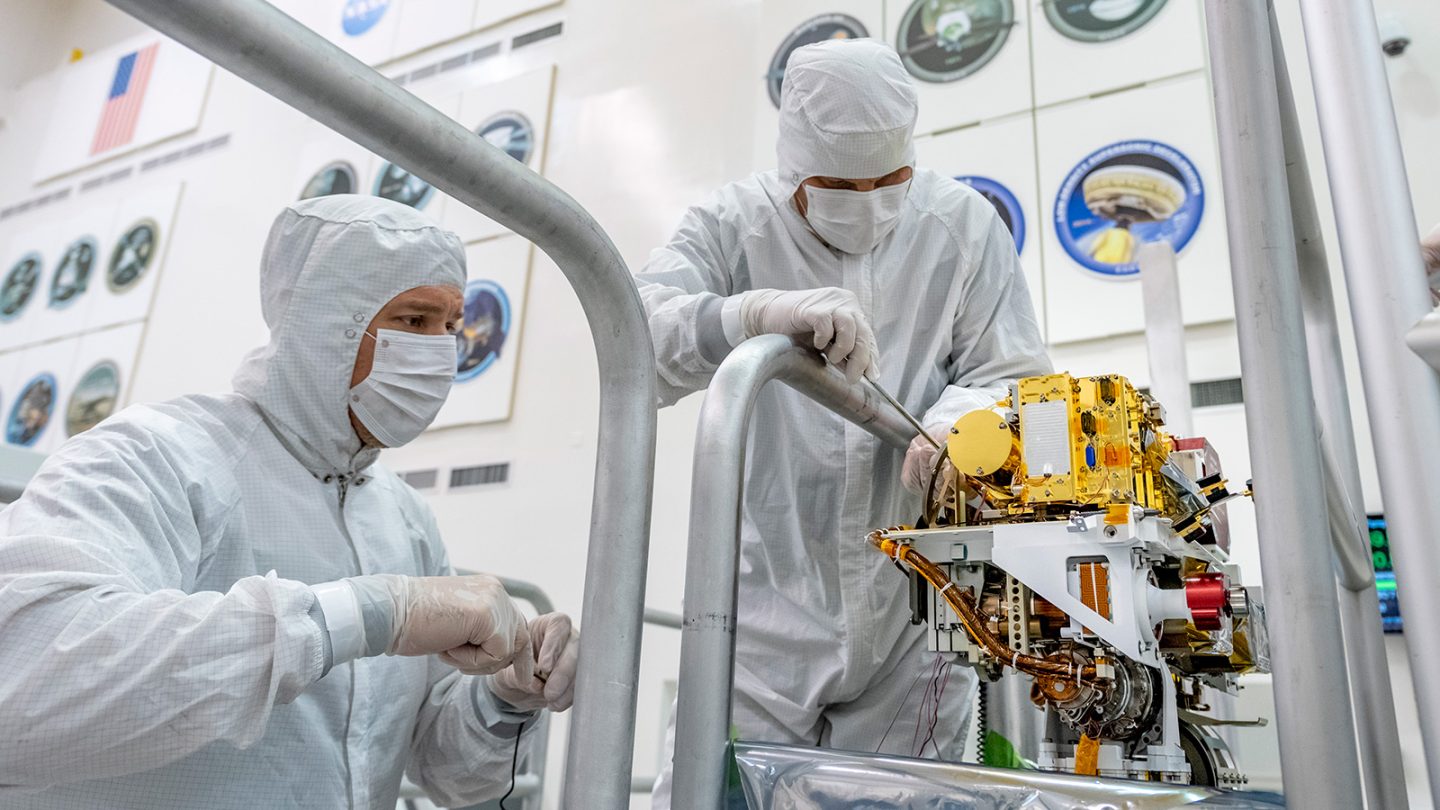 When NASA’s Mars 2020 mission finally gets underway about a year from now it’ll have been a long time coming. The mission has been in the works for years, and the ultra-high-tech rover will have plenty of work to do once it lands on Mars in early 2021, but it turns out the fancy robot doesn’t even have to leave Earth to begin pulling its weight.

As NASA’s Jet Propulsion Laboratory explains in a new blog post, the rover is being put through its paces by working out its instrument-packed arm which it will use often once it begins exploring the Red Planet. The arm, weighing some 88 pounds, is built using several special joints and a whole bunch of very serious sensors.

JPL included a really cool timelapse video with its post, showcasing the arm’s capabilities as eager scientists examine its every movement.

The Mars 2020 mission is hugely dependent on the beefy rover being able to make the most of its instruments, so you can imagine how important it is for the rover’s tool-covered arm to work as planned.

“This was our first opportunity to watch the arm and turret move in concert with each other, making sure that everything worked as advertised – nothing blocking or otherwise hindering smooth operation of the system,” JPL’s Dave Levine said in a statement. “Standing there, watching the arm and turret go through their motions, you can’t help but marvel that the rover will be in space in less than a year from now and performing these exact movements on Mars in less than two.”

NASA’s Mars rovers have a proud history of not only living up to their billing, but far surpassing expectations. The Opportunity rover, for instance, was only expected to live for around three months, but ended up spending 15 years exploring the surface of Mars before a dust storm ultimately claimed its life. The Mars 2020 rover has some big shoes to fill, but NASA is hoping it can live up to that legacy.