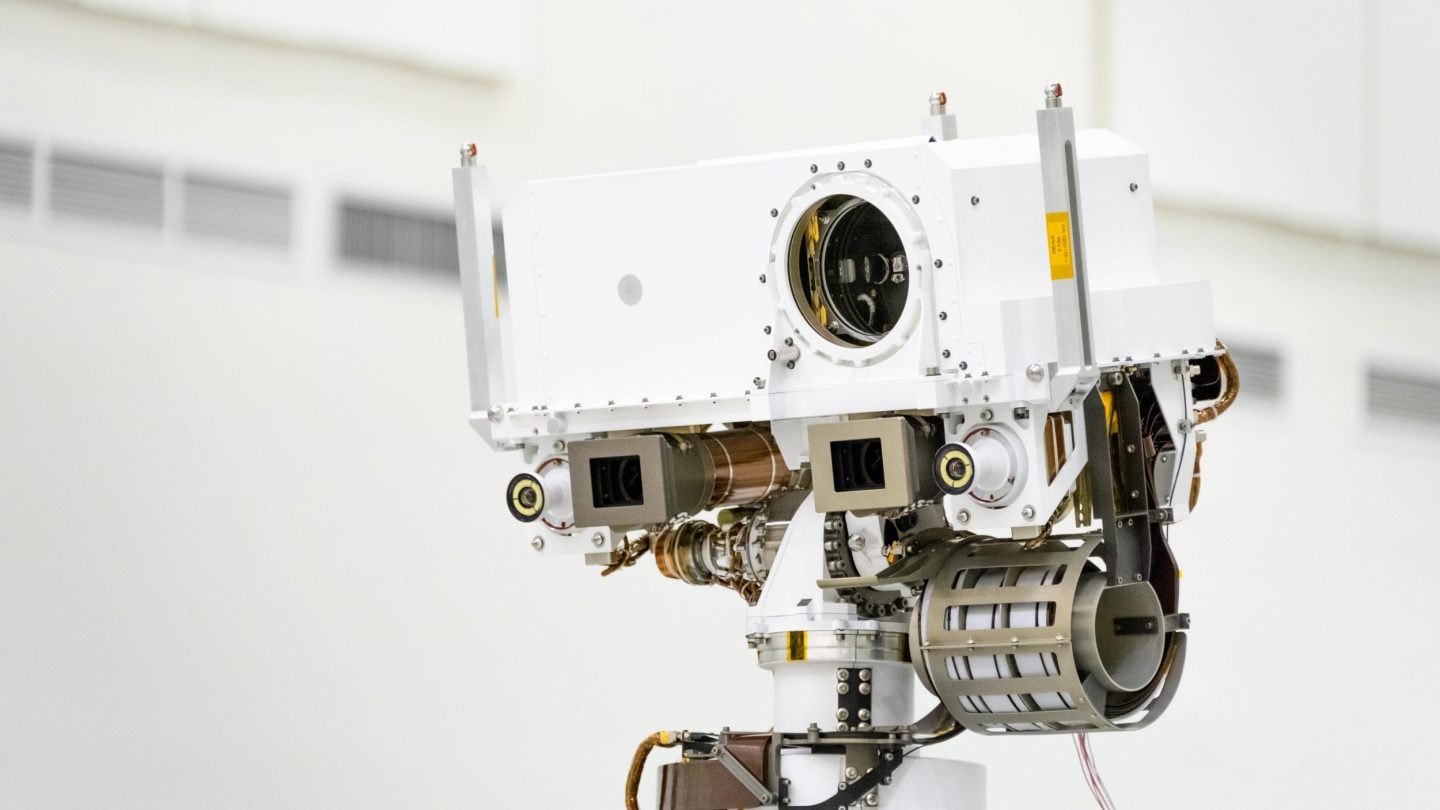 NASA’s Mars 2020 rover will be the most complex and powerful piece of science equipment the space agency has ever sent to the Red Planet. It’s packed with a variety of instruments designed to collect a variety of data about the planet, but one of the most interesting is the new “SuperCam.”

SuperCam is an evolution of the Curiosity rover’s ChemCam, and once the Mars 2020 rover begins its mission in earnest it will be used to study objects on the planet’s surface. Well, perhaps “study,” is underselling it a bit since the rover’s mighty mast-mounted instrument will actually fire lasers at martian rocks and vaporize them. Yeah, it’s pretty awesome.

The Mars 2020 rover’s powerful laser tool can zap small rocks from a considerable distance, but why would it need to do that in the first place? By vaporizing rock, NASA can then use another of the rover’s high-tech instruments to study the immediate aftermath, offering clues as to the makeup of the rock itself.

Here’s how NASA explains it:

Like its predecessor, SuperCam can use an infrared laser beam to heat the material it impacts to around 18,000 degrees Fahrenheit (10,000 degrees Celsius) – a method called laser induced breakdown spectroscopy, or LIBS – and vaporizes it. A special camera can then determine the chemical makeup of these rocks from the plasma that is created.

Sounds pretty awesome, right? Well, don’t just take it from me! Feast your eyes on the SuperCam’s laser in action, straight from NASA’s Jet Propulsion Laboratory.

An interesting addition to the SuperCam is a microphone that will allow the rover’s handlers to listen in and hear every time the powerful laser hits its mark.

“The microphone serves a practical purpose by telling us something about our rock targets from a distance,” Sylvestre Maurice of the Institute for Research in Astrophysics and Planetary Science said in a statement. “But we can also use it to directly record the sound of the Martian landscape or the rover’s mast swiveling.”

The SuperCam is just one tiny piece of the Mars 2020 puzzle, and once NASA gets the robot to its destination we can be sure there will be many exciting developments.