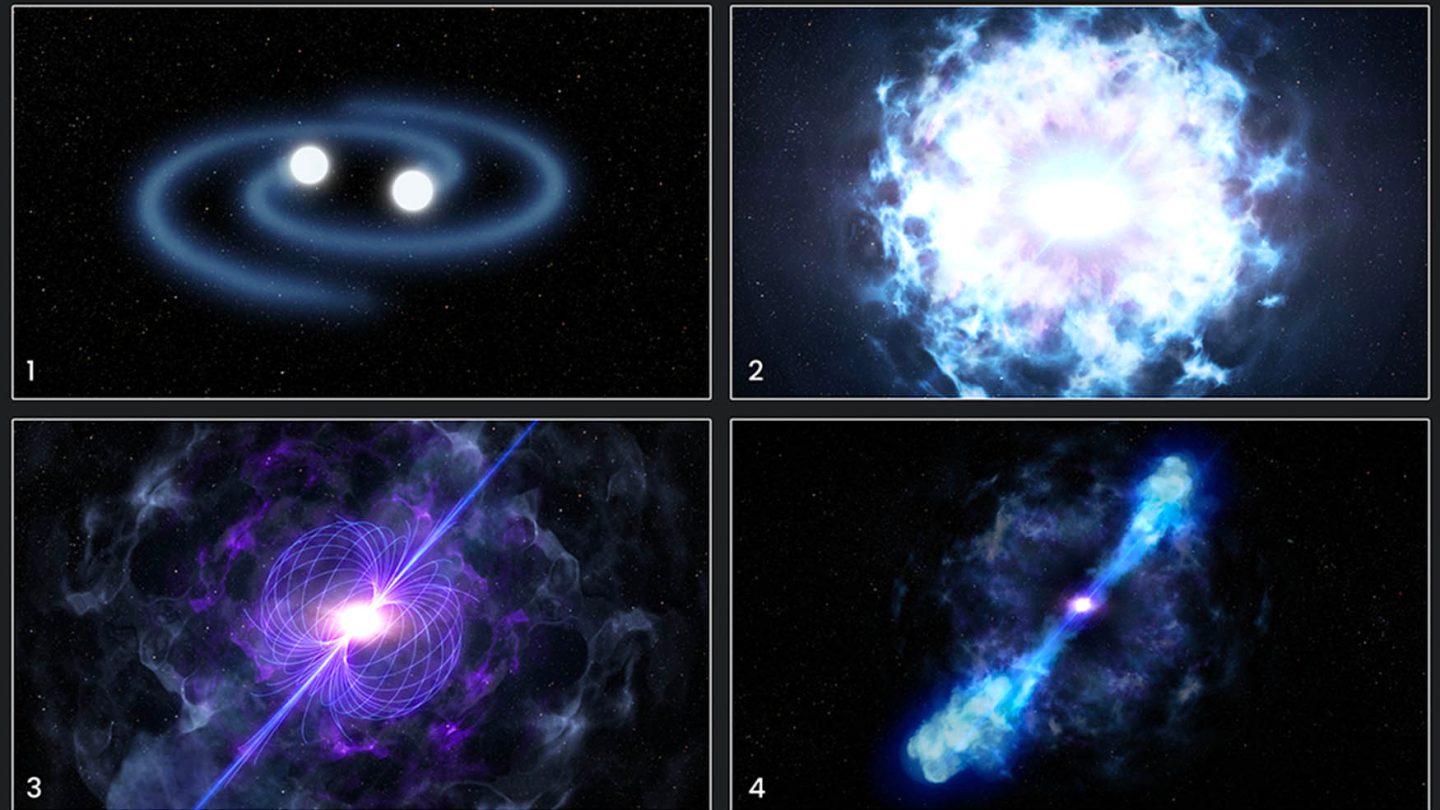 There are all kinds of interesting things happening in space at any given moment. Asteroids are colliding with planets, stars are being born while others are dying, and black holes are continuously slurping up anything that gets to close. It’s rare, however, for astronomers to be surprised by an explosion in the cosmos, as we have a pretty good idea of what kind of blasts different objects produce.

So, when researchers scouring data from the Hubble Space Telescope took a look at a distant “kilonova” explosion and saw near-infrared radiation that was many times what it should be, they were left scratching their heads.

So, what’s a kilonova anyway? You already know what a supernova is — the violent death of a star that collapses in on itself and then detonates — but a kilonova is something entirely different. A kilonova is the result of a pair of incredibly dense neutron stars crashing into one another, releasing so much energy that “the collision briefly glows 100 million times brighter than our Sun,” according to NASA.

When two huge gravity wells like neutron stars collide they typically produce a black hole, but Hubble’s observations of a recent kilonova explosion spotted something that, according to scientists, shouldn’t be there. It was a massive outburst of infrared radiation — or heat, as we experience it — that didn’t fit with what scientists thought they knew about such collisions.

“These observations do not fit traditional explanations for short gamma-ray bursts,” Wen-fai Fong, lead author of the study, said in a statement. “Given what we know about the radio and X-rays from this blast, it just doesn’t match up. The near-infrared emission that we’re finding with Hubble is way too bright. In terms of trying to fit the puzzle pieces of this gamma-ray burst together, one puzzle piece is not fitting correctly.”

The researchers note that if Hubble hadn’t been observing the blast, they never would have been able to detect the infrared burst, so they’re not quite sure what to make of it.

“As the data were coming in, we were forming a picture of the mechanism that was producing the light we were seeing,” Tanmoy Laskar, co-investigator of the study, explains. “As we got the Hubble observations, we had to completely change our thought process, because the information that Hubble added made us realize that we had to discard our conventional thinking, and that there was a new phenomenon going on. Then we had to figure out what that meant for the physics behind these extremely energetic explosions.”

The researchers say that it’s possible that the neutron stars involved in this collision may have formed a different object called a magnetar. A magnetar is a particularly large neutron star with a magnetic field of great intensity. A magnetar being involved in the bizarre event could explain the strange readings, but they can’t know for certain without further observations and data collection that could take years to even show up.