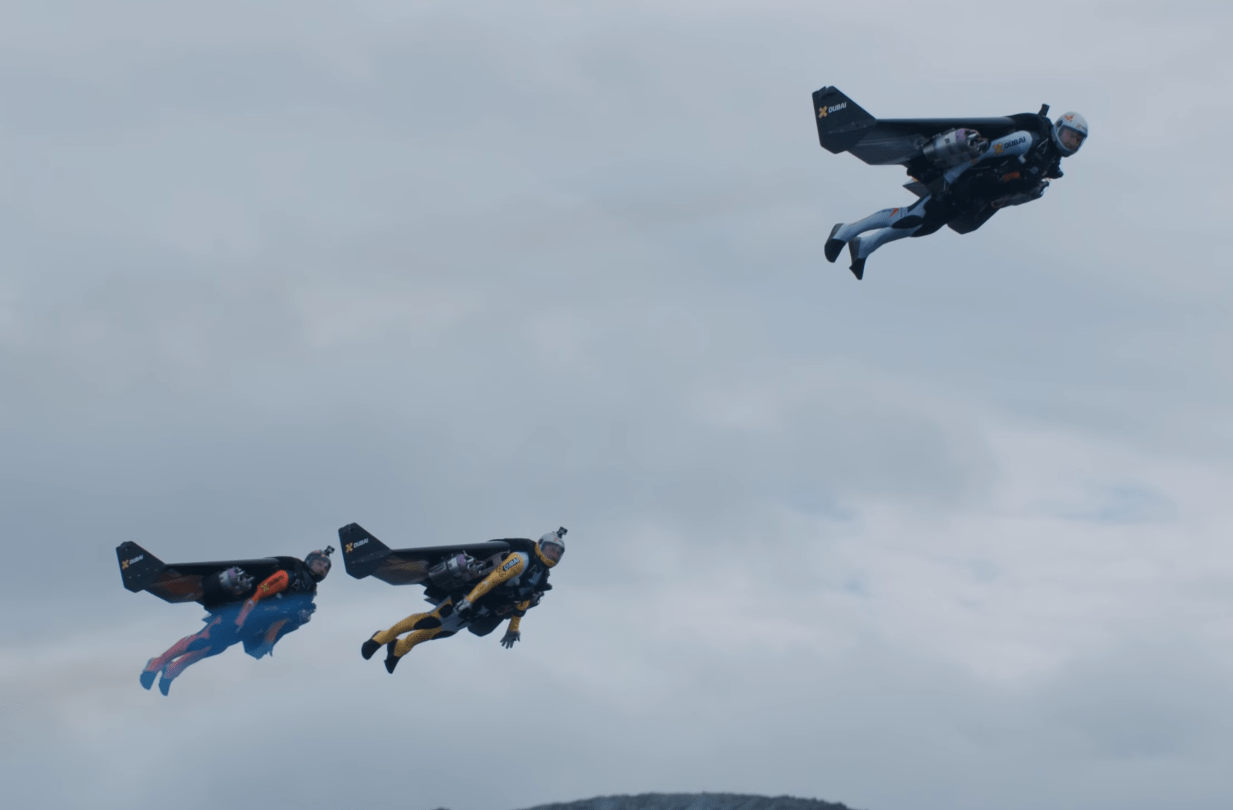 Incredibly brave and remarkably skilled, adrenaline junkies in Dubai have been flying personal jetpacks for a while now. The “Jetman” vehicles they pilot are capable of some amazing feats, such as flying alongside passenger jets and performing other dangerous stunts. Now, their story is the subject of a documentary that shows them pushing the envelope to the nth degree.

The new feature-length documentary is called LOFT: The Jetman Story, and XDubai just released a fantastic teaser trailer (and in 4K no less) showing a glimpse at what you can expect from the final product. It’s wild.

The trailer, which you can see below, is a surprisingly lengthy preview of the documentary. It shows off a ton of new footage of Jetman pilots taking to the skies with their mechanical wings, and it somehow looks even more risky than what we’ve been seeing for several years already. Check it out:

The clip does a great job of emphasizing just how close these guys come to death every time they strap on a Jetman rig. They cruise through narrow mountain passes, dive straight down from towering cliffs, and deal with potentially deadly mishaps that demand split-second thinking.

As Engadget points out, the video also offers a look at a Jetman “first” in the form of a ground takeoff. Typically the pilots take to the air from high-flying vehicles like helicopters, but you’ll notice that they’ve taken things a step further by setting up a static launch platform high in the mountains where they can build up enough speed to use their jetpacks without the need for a secondary vehicle.

Unfortunately, there’s no official launch date for the documentary, but the producers say that it’s coming soon. We’ll be waiting!