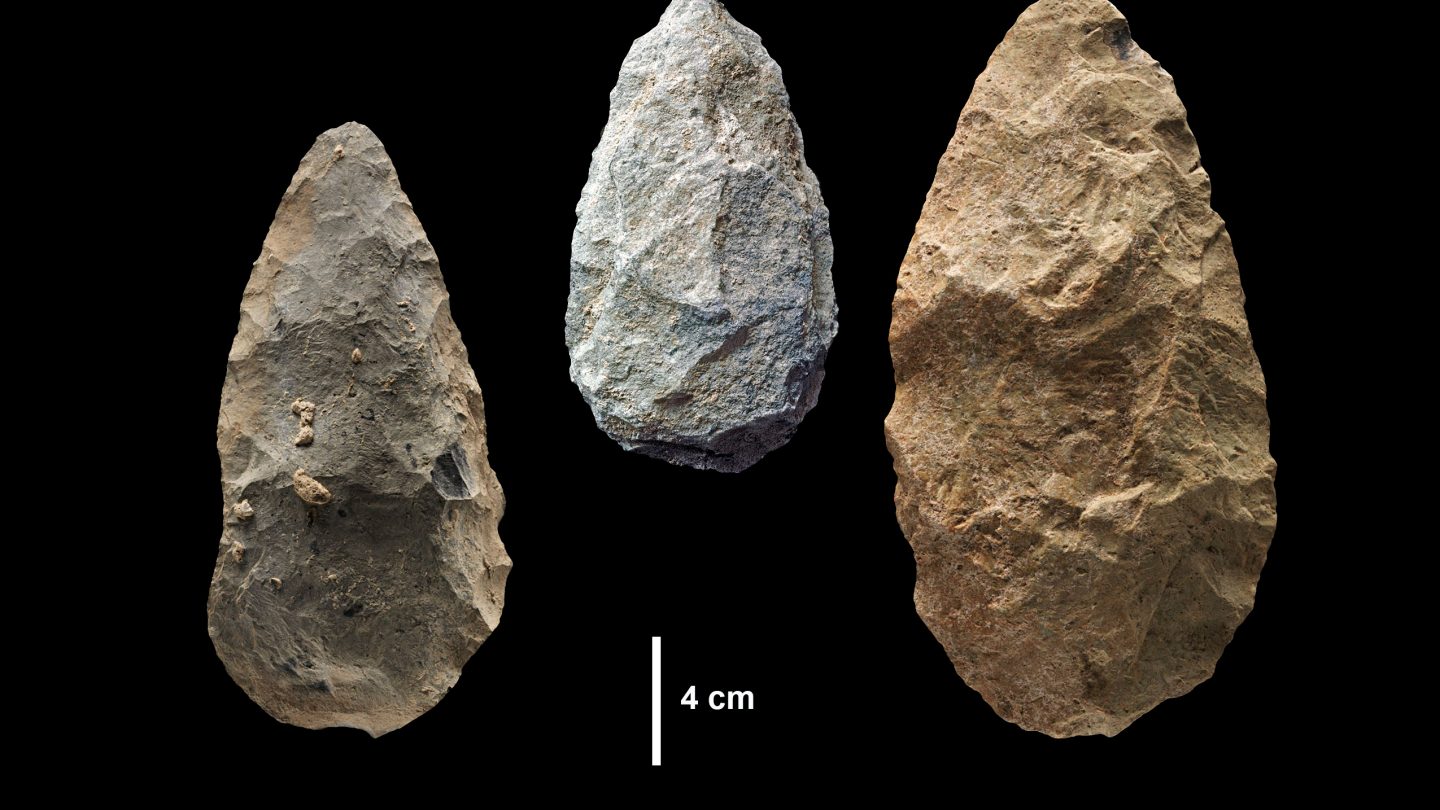 Plotting the gradual advancement mankind is a tricky thing for archaeologists. Researchers are forced to draw from rare artifacts, using them to make rough estimates of when certain groups of primitive humans were achieving important milestones such as art and toolmaking. To flesh out the details in between, we’re left with little more than educated guesses. Now, the discovery of ancient axes is flying in the face of what scientists thought they knew, and pushing back the presumed technological timeline of Homo sapiens by tens of thousands of years.

The research, which is the result of a large collaboration of international researchers as well as scientists from the Smithsonian’s National Museum of Natural History, points to human toolmaking and even the trading of goods occurring as far back as 320,000 years.

The tools were discovered in southern Kenya, which is no surprise since all of our most important clues about early Homo sapiens have originated in Africa. The tools include primitive handheld axes which were fashioned into rough teardrop shapes. These hand axes would have made quick work of branches, but may also have been used to process game killed during hunting.

In addition to the larger axes, smaller, more specialized tools were discovered that may have been crafted for different purposes, potentially even as projectile weapons. What’s particularly interesting about these smaller implements is that they are made of obsidian and volcanic stones which were not naturally occurring in the area. This suggests that the stones were actually traded between ancient peoples living many miles apart.

“This change to a very sophisticated set of behaviors that involved greater mental abilities and more complex social lives may have been the leading edge that distinguished our lineage from other early humans,” Rick Potts of the Smithsonian’s Human Origins Program explains.

Theories surrounding the advancement of human social and technological behaviors are plentiful, but the researchers believe that climate shifts may have been the most important factor. The region was also geological hot spot, with regular earthquakes and other hazards that would have made life quite difficult for primitive human groups. These challenges might have been what pushed the ancient humans to begin developing new ways of living, the researchers say.