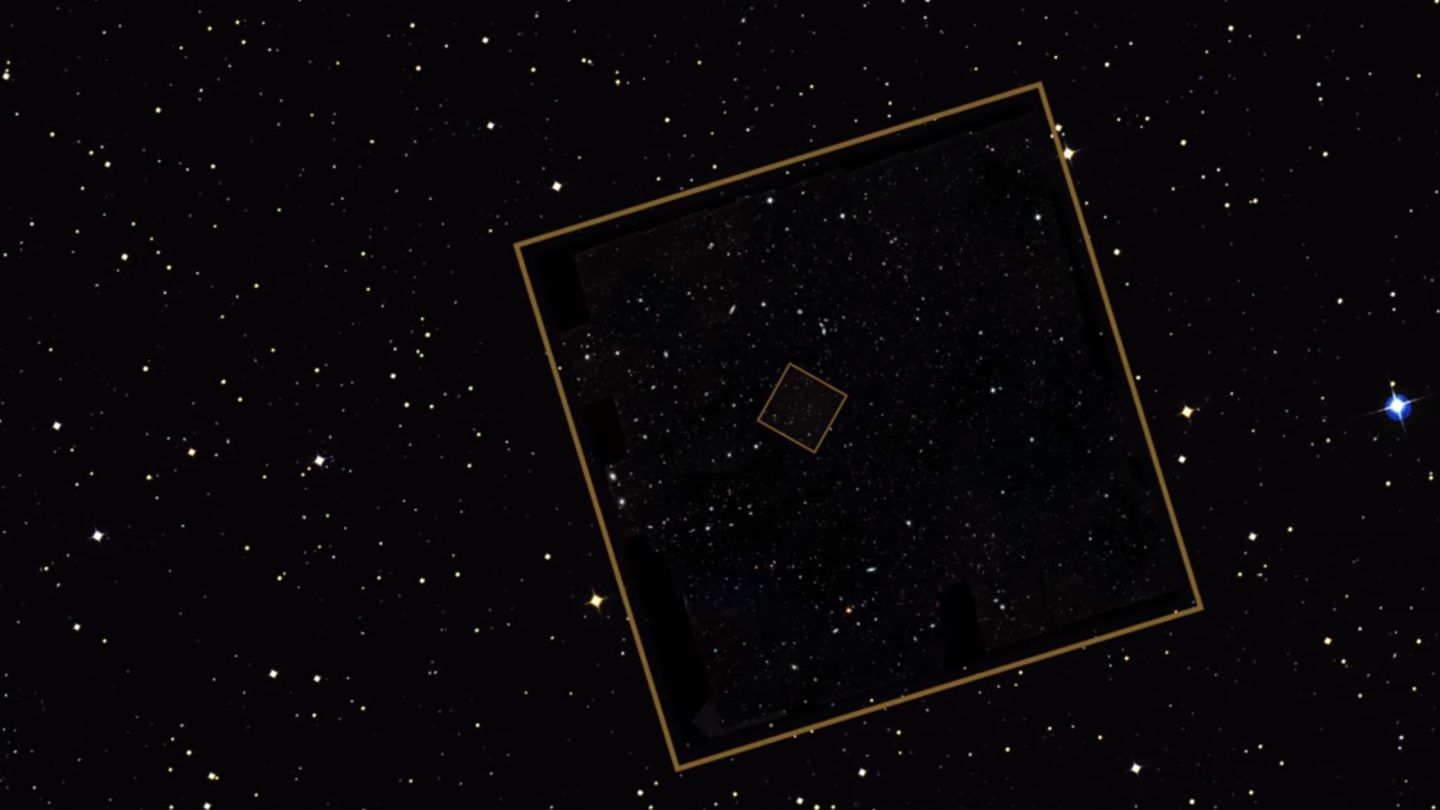 The Hubble Space Telescope is one of those things that seems like it’s always been around. Its mission, which just recently passed the 29 year mark, has provided mankind with some of the most stunning glimpses of the cosmos ever, and while it’s getting up there in terms of age it’s still performing at an incredibly high level.

Hubble can peer deep into space thanks to its powerful lenses but when NASA reveals images of far-off galaxies and other features it’s difficult to put its power into perspective. With that in mind, astronomers have produced that they’re calling the Hubble Legacy Field, which is a combination of images that does an outstanding job of showing us just how much detail the cherished telescope is capable of detecting.

The video, which was posted by NASA, is nothing short of jaw-dropping:

Starting with zoomed-in image showcasing the deepest view of the universe that Hubble has been able to generate, the video slowly zooms out to show the full scope of Hubble’s imaging power.

“The deep-sky mosaic, created from nearly 7,500 individual exposures, provides a wide portrait of the distant universe, containing 265,000 galaxies that stretch back through 13.3 billion years of time to just 500 million years after the big bang,” NASA explains. “The faintest and farthest galaxies are just one ten-billionth the brightness of what the human eye can see. The universe’s evolutionary history is also chronicled in this one sweeping view. The portrait shows how galaxies change over time, building themselves up to become the giant galaxies seen in the nearby universe.”

Aside from making us feel like tiny little ants in the grand scheme of things, the video is a great reminder of how well Hubble has continued to perform over the years. It’s been tweaked and upgraded a number of times since its original debut, but it remains one of mankind’s most powerful tools for exploring the universe.