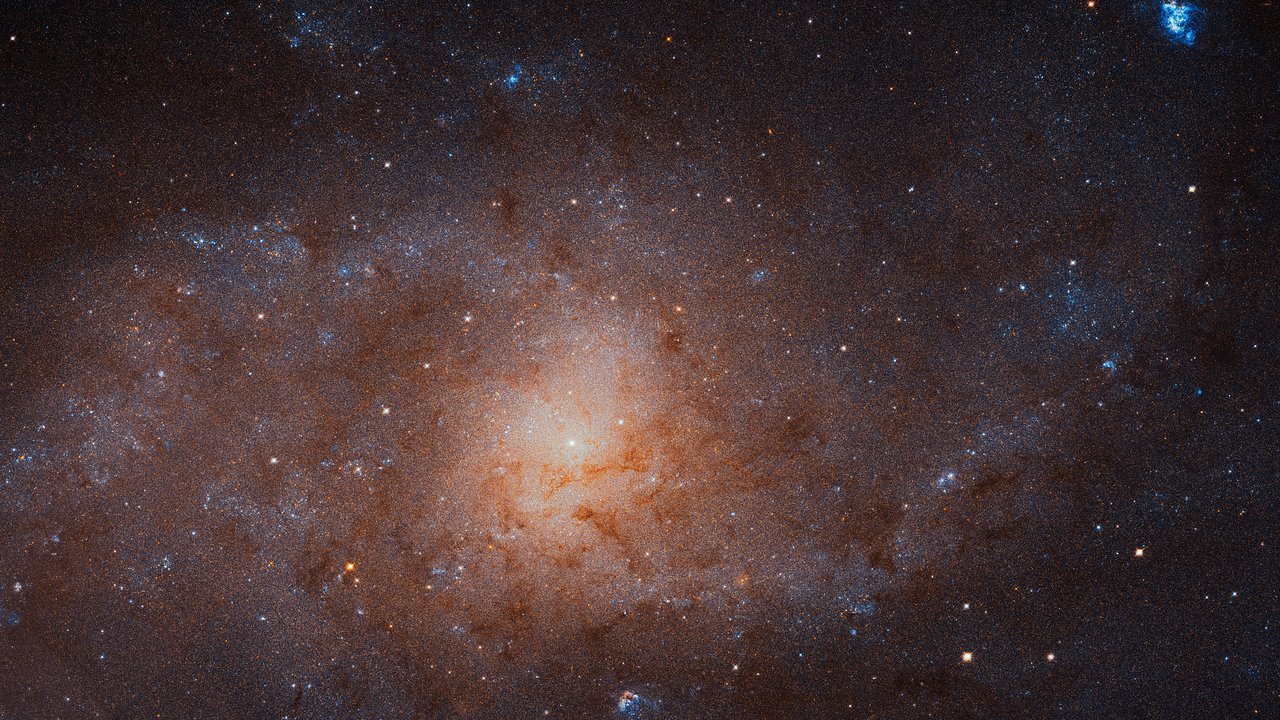 Hubble, the trusty space telescope that has been delivering gorgeous views of the cosmos for decades now, just delivered another gift. In a new composite image made up of many individual photos, Hubble shows us the nearby Triangulum galaxy in incredible detail. No, seriously, the final image is so huge that you’d never want to wait for it to load on a web page.

To create the image, Hubble snapped 54 individual photos of the galaxy. Those shots, totaling a jaw-dropping 665 million pixels, were carefully aligned to create a single image that weighs in at over one and a half gigabytes.

The image, which you can download in its full resolution from Hubble’s online portal, is absolutely packed with stars. According to NASA and ESA, the image contains almost 25 million individually resolved stars, and you could spend a lifetime verifying whether or not that’s true.

The borders of individual Hubble images trace the jagged edge of the mosaic, which spans 19,400 light-years across. Striking areas of star birth glow bright blue throughout the galaxy, particularly in beautiful nebulas of hot, ionized hydrogen gas like star-forming region NGC 604 in the upper left.

“My first impression on seeing the Hubble images was, wow, that really is a lot of star formation,” project lead Julianne Dalcanton of the University of Washington said in a statement. “The star formation rate intensity is 10 times higher than the area surveyed in the Andromeda galaxy in 2015.”

The Triangulum galaxy was chosen for this ultra-high-res photo op because it’s positioned such that we can view its structure in great detail. If it were oriented with its side facing us we’d have a much harder time picking out the millions of individual stars that make up its spiral shape.