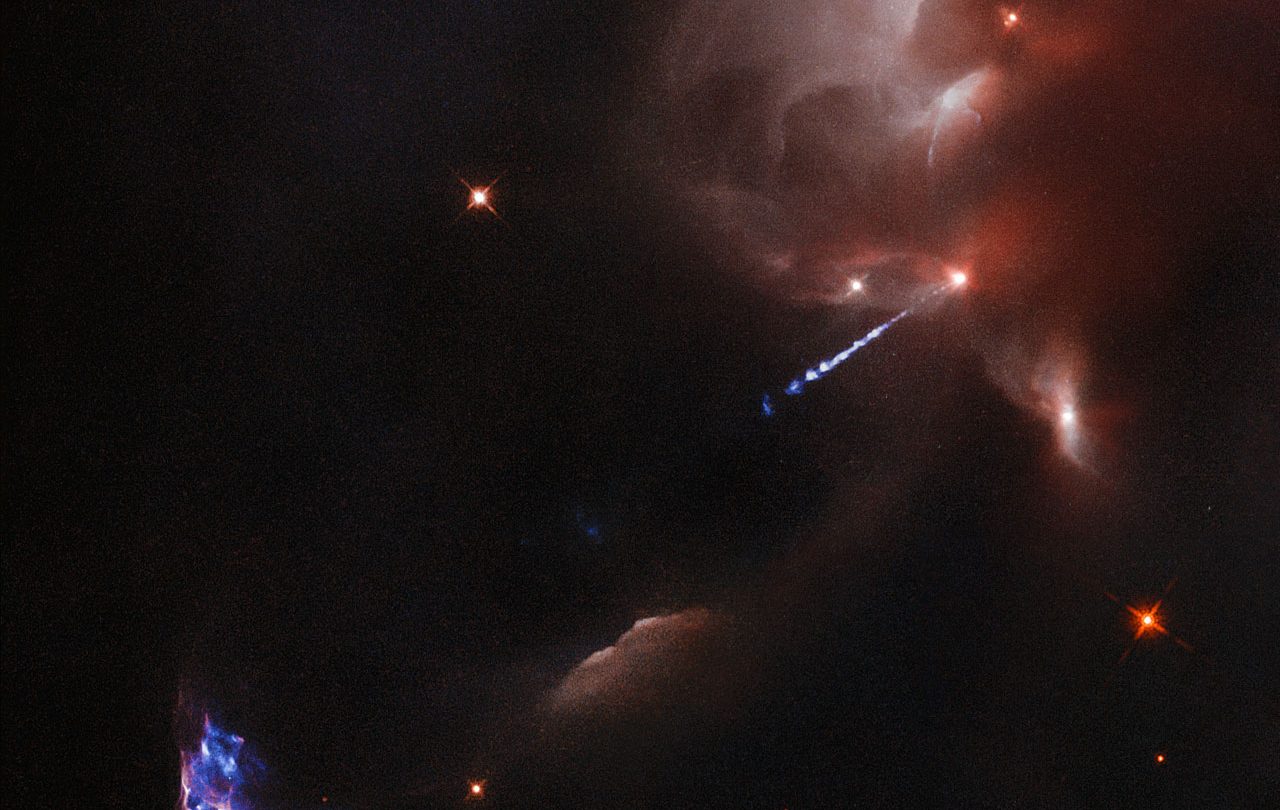 The Hubble Space Telescope captured a jet-like outburst in the Orion Nebula earlier this year. The European Space Agency (ESA) and NASA shared the photo on Hubble’s website this month. The two space agencies say that the jet is an outburst from a young star.

The latest image from the Hubble Space Telescope is a reminder that even stars sometimes “throw tantrums” of a kind.

The ESA describes the image as an outburst from an infant star. The agency says the glowing stream is the result of the jet of energy colliding with gas and dust situated around the star. Furthermore, the outburst is much longer than the glowing portion shown in the image.

According to the ESA, the jet-like stream of energy extends from the star itself, all the way out to HH34 in the bottom left of the image. The reason that only part of it is lit up, though, is because that part “possesses an intricate structure of knots and ripples”, according to the space agency.

The ESA says that those ripples are believed to be caused by the outbursts catching up to each other and ramming into each other over time.

This isn’t the first time that Hubble has captured an outburst from this young star, either.

Back in 1994 and 2007, the space telescope captured images of jet-like tantrums from the young star. And, in 2015, it captured another image in high definition. The ESA and NASA label the outburst as HH34.

Astronomers typically refer to these objects as Herbig-Haro objects. They can evolve and even change over the years. That’s why Hubble continues to capture new images of them every few years.

Even though this isn’t the first outburst from a young star that Hubble has captured, it’s still a beautiful sight. And, the ESA says it observing the outburst will help pave the way for future scientific endeavors with the James Webb Space Telescope.

Where is HH34 located?

HH34, and an outburst from the young star, can be found within the Orion Nebula. The nebula is approximately 1,250 light-years away from the Earth.

You can find the diffuse nebula south of Orion’s Belt in the sky. And, it’s so bright, that you can often see it without the aid of a telescope or other equipment. The region is also extremely well known as the closest region of massive star formation to the Earth.

Because it is so close and so easy to spot, astronomers have poured over the data we’ve gleaned from it. Many scientists hope we can learn more about star formations and even how planets themselves form.