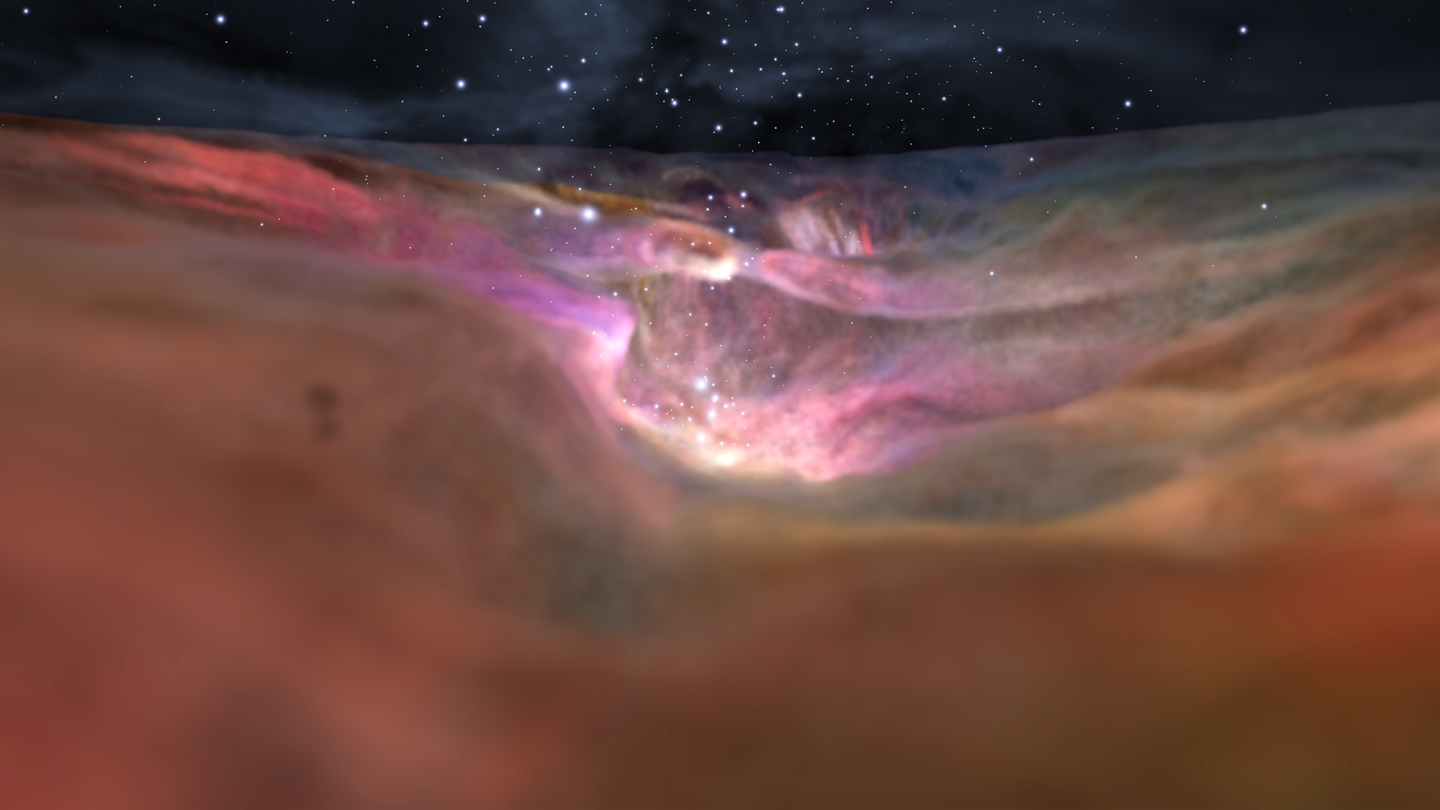 One of the real pleasures of modern living is the ability to take sightseeing trips to completely inaccessible places. Thanks to Google, you can climb up Mt Everest without donning a single crampon, and thanks to NASA, you can speed through the birthplace of stars some 1,350 light-years away, all without having to leave your seat or even install Flash.

The Orion Nebula, which lurks just off the tip of the Hunter’s sword in the famous constellation, is a star nursery. It might look like a blur in the sky next to fully-formed stars, but it’s the place that new baby stars take their first steps into the world. Thanks to a new NASA video, you can get an up-close look at what you might see if you somehow flew a spacecraft through the Orion Nebula.

The video combines visible-light imagery from the venerable Hubble Space Telescope, and infrared data from the Spitzer space telescope to create a mixed-spectrum image of what you might see with the naked eye if you managed to make it 1,350 light-years across the galaxy. Much of the majesty of a nebula happens in light spectra not visible to the naked eye, so the video toggles between visible-light and infrared imagery to give an accurate view of the formation.

“Being able to fly through the nebula’s tapestry in three dimensions gives people a much better sense of what the universe is really like,” Summers said in a statement. “By adding depth and structure to the amazing images, this fly-through helps elucidate the universe for the public, both educating and inspiring. The main thing is to give the viewer an experiential understanding, so that they have a way to interpret the images from telescopes,” Summers continued. “It’s a really wonderful thing when they can build a mental model in their head to transform the two-dimensional image into a three-dimensional scene.”