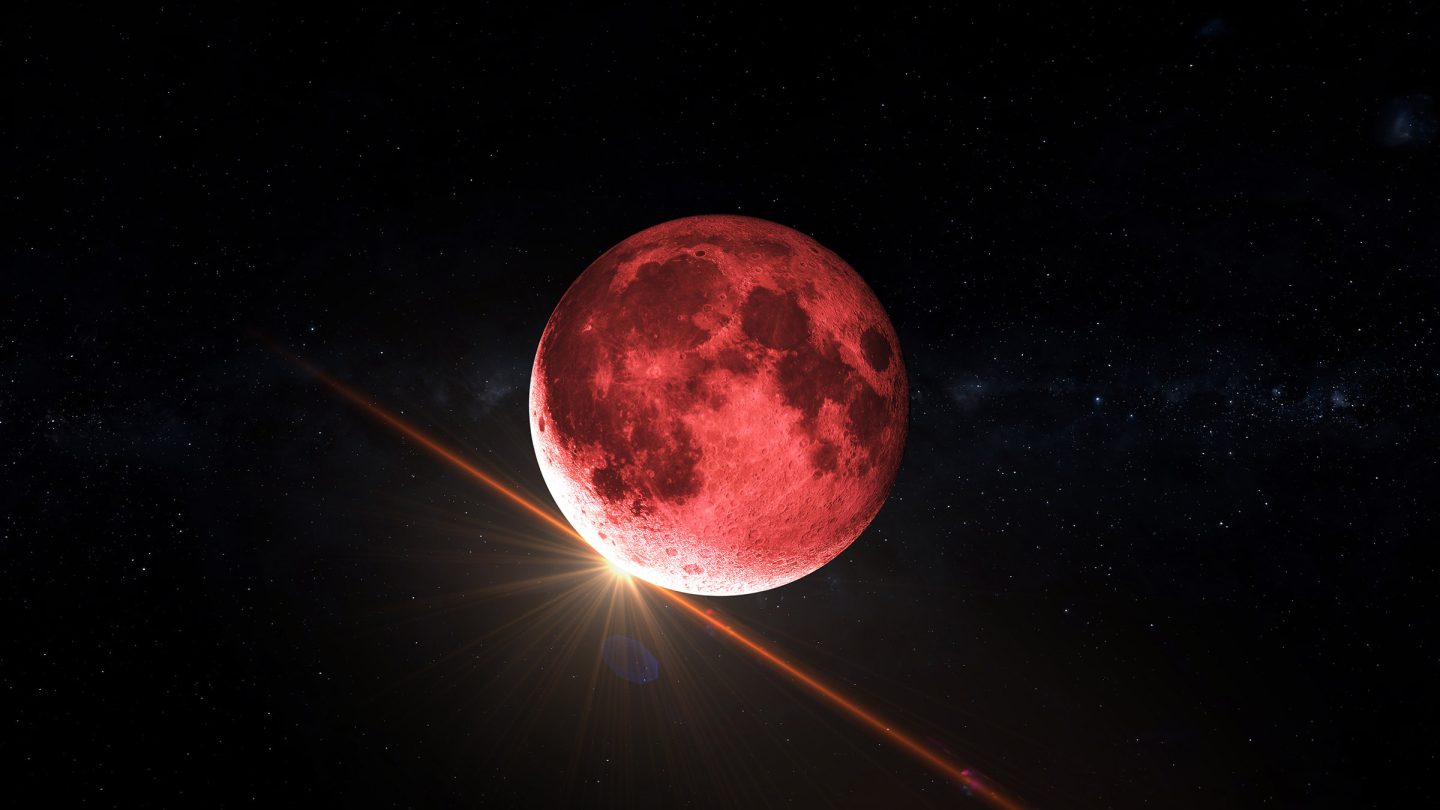 Sky watchers will have yet another chance to glimpse a full moon in June of 2022 — but this one is special. The Strawberry Moon will grace our skies in mid-June.

If you’re interested in seeing it for yourself, then here’s what you need to know.

As NASA notes, the June 2022 full moon isn’t called a Strawberry Moon because it looks like a strawberry. The name was given to the moon by the Algonquin tribes of the United States and Canada. They named it after the plant, which was very abundant in their regions.

The June full moon is expected to peak at 7:52 a.m. eastern on Tuesday, June 14. The Moon will, of course, also be visible throughout the entire night. And you can obviously gaze at the moon so much better in the evening and night. But it will reach its peak fullness that morning. If the skies don’t cooperate, you can also view it on Wednesday, June 15, for a nearly full appearance.

NASA also calls the June 2022 full moon a “marginal Supermoon.” A Supermoon is when the Moon reaches its closest approach to Earth. This creates an illusion of a larger-than-normal Moon. We call this approach the perigee. Since it isn’t a full Supermoon, it’s likely most sky watchers won’t notice much difference in the Moon’s size.

How did strawberry moon gets its name?

Like most full Moons, June 2022’s full moon has multiple names it can go by. While many call it the Strawberry Moon because of its Algonquin name. An old European name for this full Moon is the Honey Moon or Mead Moon. Historically, the end of June is when honey was often ready for harvesting. As such, some considered the June full Moon the “sweetest” Moon.

Many use the term “the honeymoon” to describe the first month of marriage. Historically, June has always been a customary month for weddings. As such, some have tied the origins of that term to this particular full Moon.

Others call it the Flower Moon, Hoe Moon, Planting Moon, or even the Hot Moon. No matter what you call it, there’s no doubt that June 2022’s full Moon will be beautiful when it fills the sky. Make sure to head outside on the night of June 13 and June 14 for a glimpse at this beautiful full Moon.

Because of the time of the year, June’s full Moon won’t last as long as the one we saw in December of 2022. However, there’s still plenty of time to appreciate this beautiful sight. The next full Moon won’t come until mid-July, so you won’t want to miss this one.

And if you aren’t staying up to watch the strawberry moon tonight, there’s even a free livestream you can watch from the Virtual Telescope Project all the way from Italy. It shows the full moon rising over Rome, so yeah, not exactly a bad view.

You didn’t stay up to watch the strawberry moon, and you didn’t look at the gorgeous moon rising over Rome in Italy. Look, it’s fine, everyone is busy, we get it.

Set the calendar for July 13th because according to NASA there’s another strawberry moon viewing event that evening, too.