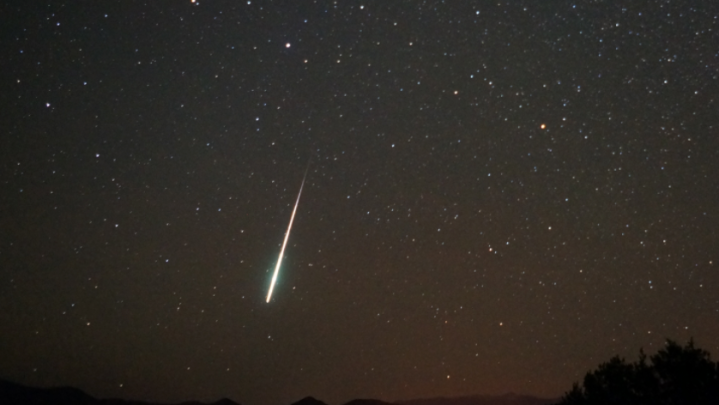 When it comes to unexpected skywatching opportunities, fireballs are one of the most exciting. Pieces of various types of space debris flying through Earth’s atmosphere in a blaze of glory can be an eye-catching sight, and Florida residents were treated to just such a sight in the early evening hours of Tuesday night.

According to NASA, over 60 reports of a strange flash in the dark night sky came flooding into their tip lines, and the group has since confirmed that it was indeed a fireball. According to scientists, the object was likely a tiny asteroid, about the size of a bowling ball, and they were even able to plot its eventually landing zone, though nobody will likely ever be able to find what remains of it.

The asteroid, which was caught on several security cameras and dash cams around Florida, appeared first as a bright streak on the horizon, followed by an incredibly bright flash as the object incinerated and subsequently burnt out. It’s unclear what, if anything, is left of the small asteroid after its suicidal journey through the friction of Earth’s atmosphere, but NASA has an idea of where the leftovers likely landed.

NASA believes the small chunk of asteroid spotted by Floridians was actually a piece of a larger asteroid which broke up over the Gulf of Mexico. Given the object’s trajectory, researchers think whatever bits of rock which may have survived the journey landed in the ocean roughly 45 miles off the coast of Florida.

Fireballs — which are often small asteroids or other space debris that is too small to be detected by large telescopes — can be quite a sight, and NASA is always keeping an eye out for them. The group has a database dedicated to tracking and archiving all reported fireball sightings, along with a map of where each one was spotted.