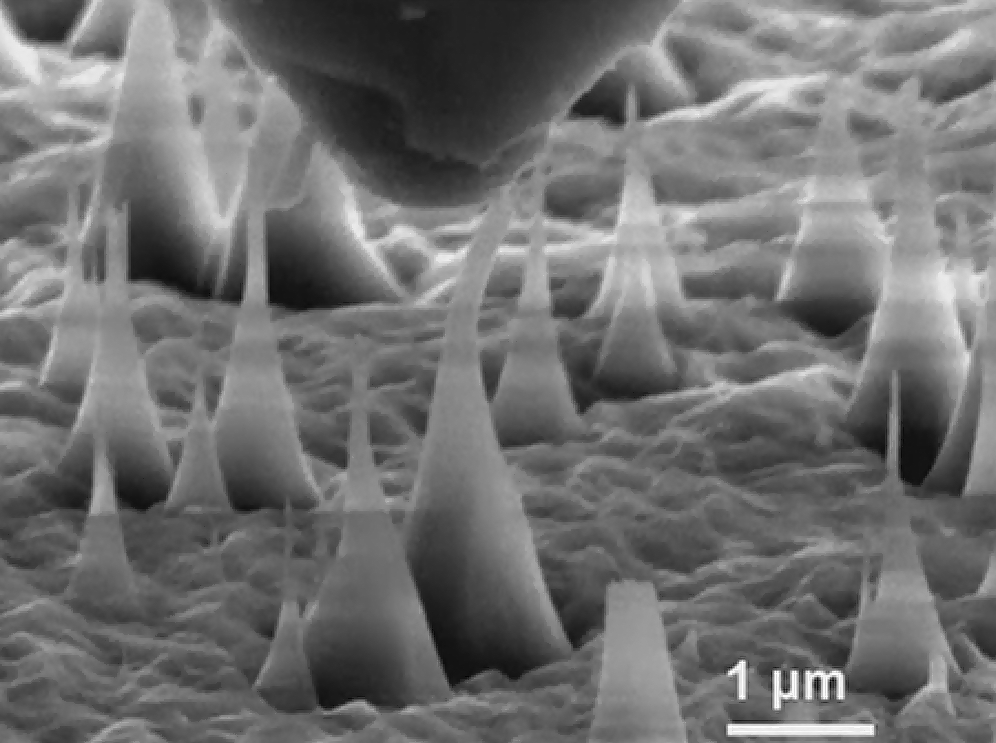 Diamond is one of the hardest materials on the planet. Created under extreme pressure, the crystals are used in all manner of applications where rigidity is the top priority. You’d never think of a diamond as being pliable, but strange things happen to materials when they are observed on a much smaller scale, and scientists have now developed a method for growing diamonds so that they actually bend like rubber.

Researchers from MIT, in partnership with others from Hong Kong, Korea, and Singapore, just released a report explaining how, when grown into incredibly fine needle-like cones, diamond can bend and flex. Larger diamond shapes are much more rigid, and have flexibility of less than 1%. The tall, thin diamond needles can be bent as much as nine percent before springing back to their original shape.

To test the flexibility of the diamond needles, the team used a scanning electron microscope to observe how the thin structures reacted to being bent. They then measured the tensile strength of the tall diamond cone up to an including the point at which it broke. At any point prior to breaking, the diamond returned to its original form if pressure was released. The team released a short animation showing the diamond actually bending, and it’s pretty cool to see.

The thin diamond shapes are incredibly tiny, measuring only a few hundred nanometers across. A nanometer is one billionth of a meter, to give you an idea of just how small we’re talking. At that size, the potential applications for a flexible diamond are many, including potential uses in modern medicine. As MIT News reveals, the team is considering how the tiny diamond needles could be used for everything from data storage and sensors to delivering drugs to the heart of cancer cells.

This is obviously just the first step in a much larger effort if the nanodiamond needles are to find any meaningful use, but the research already seems quite promising. It’ll be interesting to see what problems the scientists attempt to tackle with their new, flexible diamond tools.