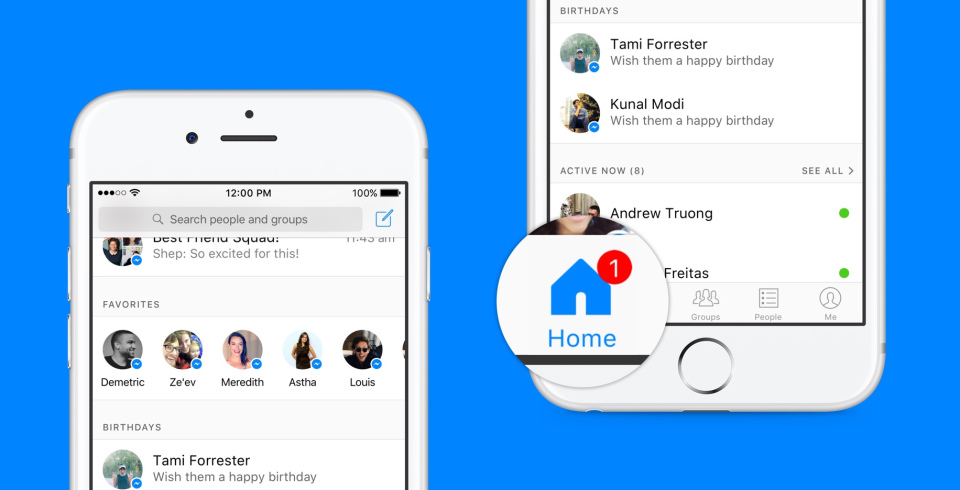 Ever since it was introduced, Facebook’s Messenger has consistently been one of the most downloaded apps on the App Store and Google Play. In that time, the app has received dozens of minor updates, but on Thursday morning, Facebook introduced a new inbox experience that is going to change the way we use the app.

Rather than presenting users with the infinite feed of conversations that has been present in the app since day one, Facebook is going to separate the Messenger home screen into modular units, including recent conversations, favorite contacts, birthdays and a list of friends who are currently active on Facebook.

Facebook says that the Favorites list will be populated by the friends you message most often, while the Active Now section will show you everyone who is currently online — similar to how the desktop site operates. Wired says that even the search is getting an upgrade, allowing users to find friends and conversations faster and more effectively than ever before.

By revamping the home screen, Facebook is hoping to keep you engaged with the Messenger app even longer than you already are. At last count, Messenger had over 900 million active users, so a significant shakeup like this is sure to catch the attention of the user base.