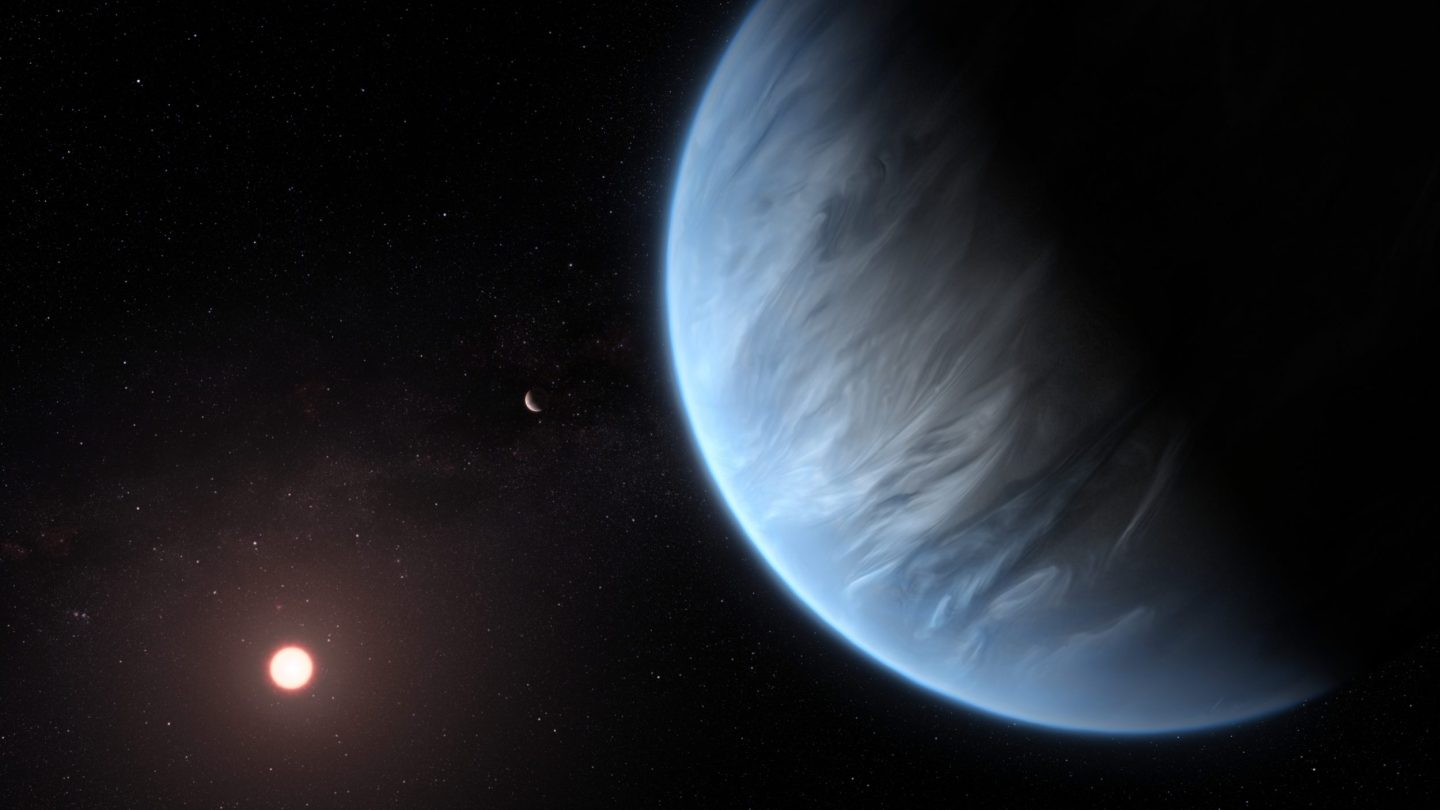 In the ongoing search for potentially habitable worlds outside of our own solar system, there are a number of things that astronomers are looking for. Rocky worlds in the so-called “goldilocks zone” — the area around a star where temperatures suggest a planet may be habitable — are the cream of the crop, but the prevalence of water is also a major concern.

Earth is absolutely covered in water, and as everyone knows by now, life emerged in the oceans before eventually taking to dry land. So, finding a watery world would be incredibly good news. A new paper published in Astrophysical Research Letters offers both good news and bad news in the hunt for water on exoplanets.

What they found was that water is actually fairly common in the atmospheres of exoplanets of varying types. That, on its own, is potentially good news, but it’s not the full story. Unfortunately, it seems that while water may be present on a great number of alien worlds, it’s rarely present in large quantities.

“We are seeing the first signs of chemical patterns in extra-terrestrial worlds, and we’re seeing just how diverse they can be in terms of their chemical compositions,” Dr. Nikku Madhusudhan, who led the research, explains. “It is incredible to see such low water abundances in the atmospheres of a broad range of planets orbiting a variety of stars.”

Going forward, the researchers want to expand the scope of their survey and paint a clearer picture of the water concentrations on a larger number of exoplanets.