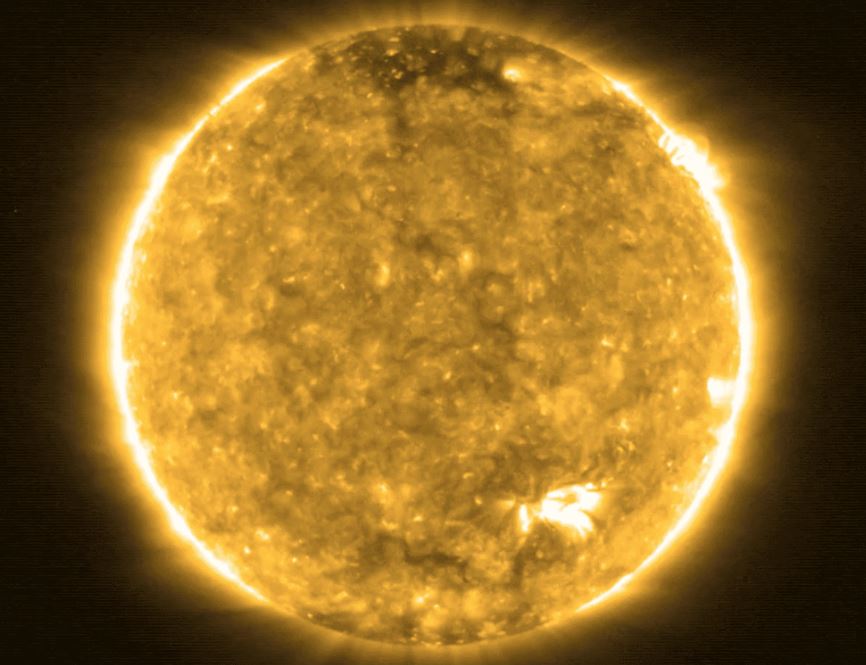 New videos captured by the ESA and NASA’s Solar Orbiter showcase the Sun in a brand-new light. The videos were captured during the probe’s first close perihelion passages. This is, of course, just the first time that the space probe will zoom in on the Sun’s details. But that doesn’t make things any less exciting.

During its first pass, the Solar Orbiter approached the Sun within Mercury’s orbit. That’s roughly one-third of the distance between the Sun and the Earth. At that point, the spacecraft’s heatshield would have been reaching around 500 degrees Celsius, the ESA says.

The result, though, is several stunning Solar Orbiter videos that give us a view of the Sun unlike anything captured before. You can see the videos for yourself, as the Solar Orbiter zooms in on the Sun’s surface. In the process, it captured several solar flares, as well as an Earth-directed coronal mass ejection.

One of the most intriguing discoveries made in these new Solar Orbiter videos is the “solar hedgehog.” The feature stretches roughly 25,000 kilometers across the Sun. And, it has several spikes of hot and colder gas that reach out in various directions. It’s a spectacular sight and one that the ESA hopes to be able to study more in-depth in the future.

But the Solar Orbiter isn’t just here to capture fantastic videos for us to marvel at. The ESA and NASA are working together to study the Sun. The two space agencies hope this will allow us to better determine more about space weather.

Space weather has become a big concern in recent years. Especially with the Sun gearing up for the most active portion of its current solar cycle. As such, the Solar Orbiter, and the videos it captures, will hopefully give us some insight into solar weather before it strikes.

Solar flares and coronal mass ejections can wreak havoc on Earth’s magnetic field, causing blackouts for satellites and other spacecraft.

With a spacecraft like the Solar Orbiter, it’s possible we could get something going for real-time space weather forecasting. Of course, that’s just one of the parts of the mission. The Solar Orbiter is also geared up to help us learn more about the Sun in general.

While these might just be some of the first Solar Orbiter videos that we’re seeing, they’re a very stark reminder of just how massive and powerful the Sun is. With a little luck, the Solar Orbiter and other space probes like the Parker Solar Probe will open new doors to understanding the star that our planet orbits.