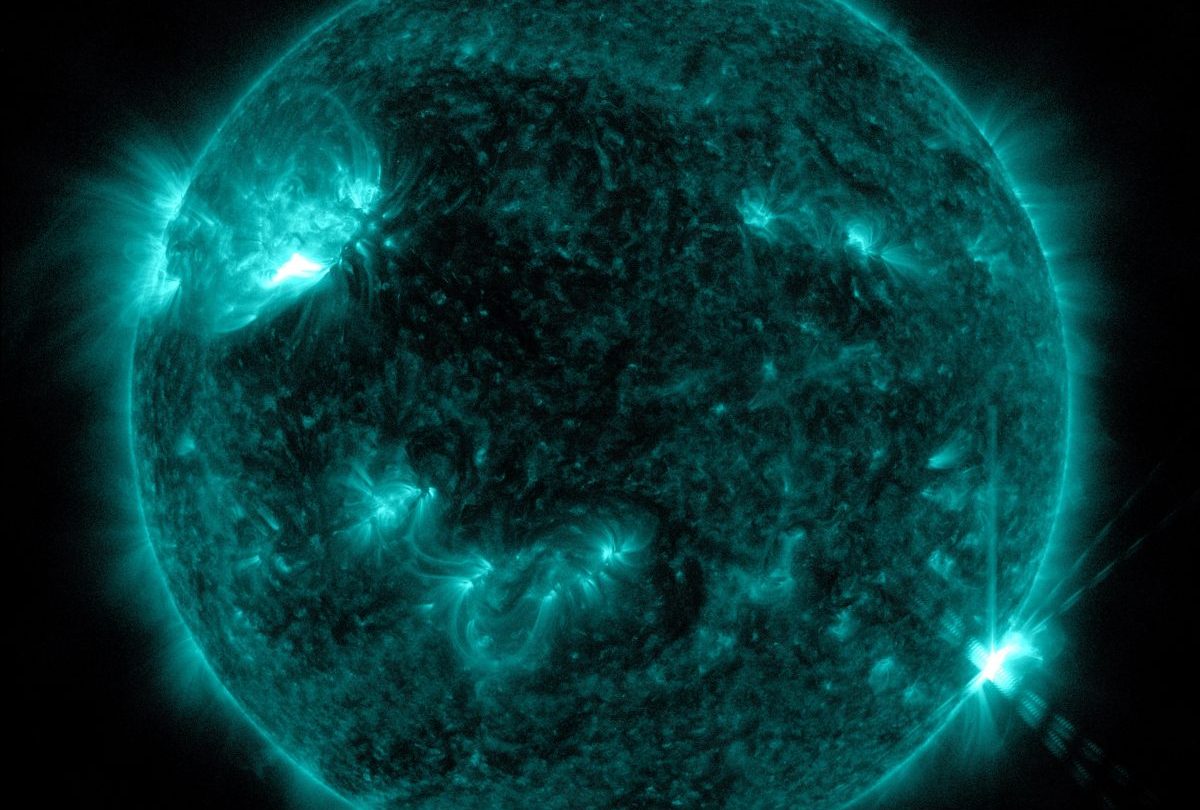 The Sun appears to have thrown a temper tantrum last week. NASA reports that the star emitted two solar flares on April 19, 2022. One of the flares was classified as moderate, or as an M-Class flare. While powerful, they are a step below the most intense flares. The second flare peaked a couple of hours later and was classified as an X-Class solar flare. Space Weather Live says that the flare was the most powerful solar flare in five years.

Space Weather Live says the new solar flare is an X2.2. That makes it the most powerful solar flare the Sun has unleashed in the past five years. X-Class solar flares are the strongest possible. However, the number beside them helps denote just how powerful they were overall.

NASA’s Solar Dynamics Observed observed the blast of coronal energy when it took place on Tuesday, April 19. The outburst also caused a radio blackout for aviation and communications centers in Asia. A side effect of solar energy colliding with our planet’s magnetic field.

We have seen a number of X-Class flares this year, but this is the strongest yet. In comparison, this X2.2 solar flare is nothing compared to the monster X9 that the Sun released in September of 2017. In fact, the most powerful solar flare that we’ve ever observed was classified as an X28 and hit in 2003.

These events can create beautiful auroras when they collide with the Earth’s magnetic field. However, they can also cause issues with GPS and satellites that orbit our planet.

Scientists say that the solar flare is a good indication that our current solar cycle is starting to heat up. The Sun goes through normal periods of high sunspot and flare activity as it released energy. This happens every decade or so, and we’re currently building towards a peak expected to hit in the mid-2020s. This might be the most powerful solar flare in five years, but it’s likely we’ll see similarly powered flares, or even greater in the coming months.

With so many satellites orbiting Earth, more than we’ve had ever before, it will be intriguing to see what kind of large-scale blackouts occur when the solar cycle hits its peak. For now, all we can do is appreciate the power contained within our star.