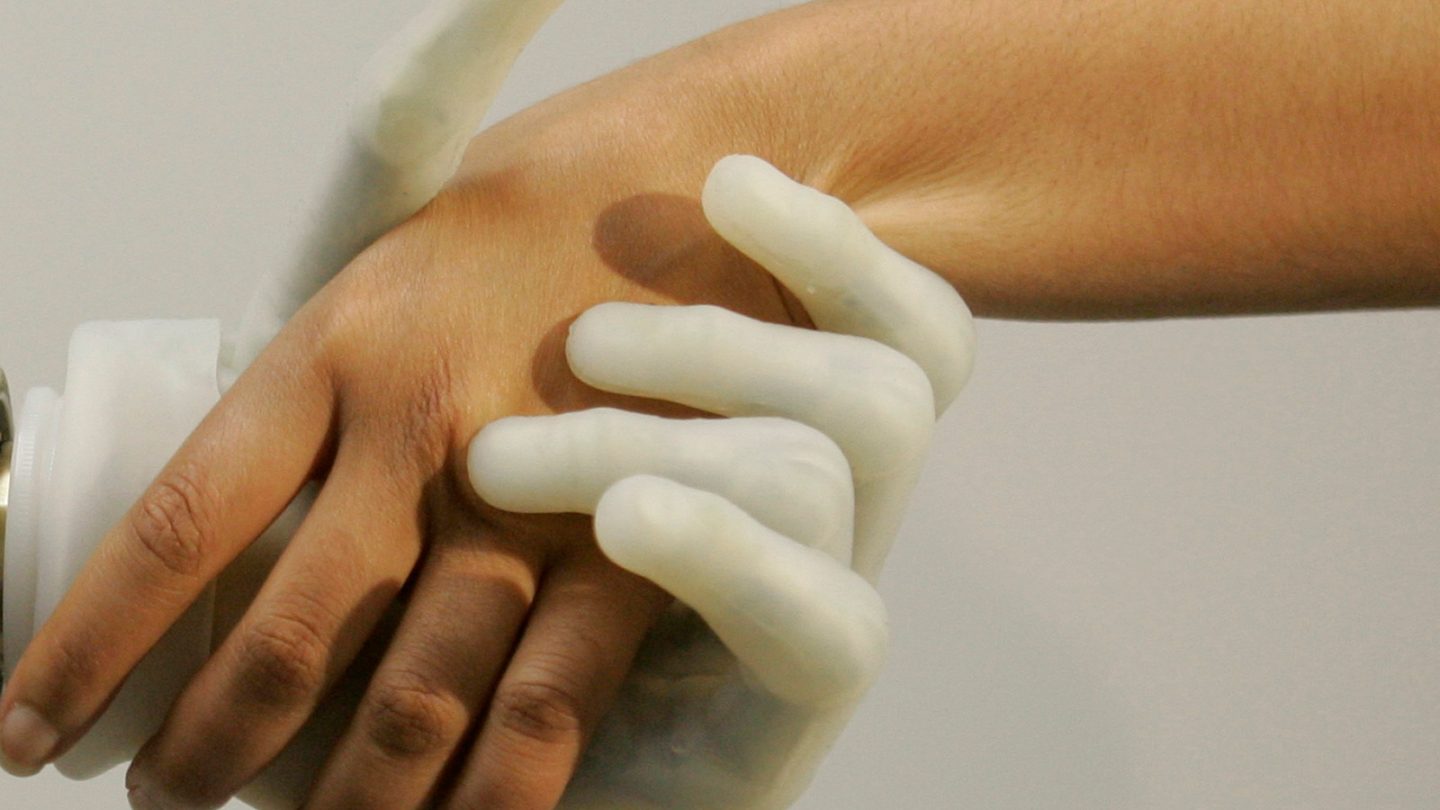 Prosthetics have come a long way in recent decades, with huge advancements in the fields of robotics that allow a person to control an artificial limb in a similar fashion to how they would control a real appendage. Still, there’s a lot more work to be done to improve the quality of life of those who wear prosthetics on a daily basis, and researchers in Singapore have developed something that could go a long way to making those artificial limbs feel a lot more real.

A team of scientists from the National University of Singapore invented a new type of artificial skin packed with tiny sensors that allows it to actually “feel” whatever it’s touching.

They call it ACES, which is short for Asynchronous Coded Electric Skin. Their prototypes are quite small, measuring only around one square centimeter in size, but within that tiny footprint is 100 sensors that can detect touch and relay that information incredibly rapidly.

As Reuters reports, early testing of the electronic skin revealed that it can detect Braille letters with over 90% accuracy, which is incredibly impressive when you consider that the signals the skin is producing is relaying that data faster than the human nervous system relays signals related to touch and feel.

Another neat feature of the skin is that, at least in the case of reading Braille, a simple touch is enough for the system to read the letters. Humans typically have to run their fingers across the bumps in order to understand the patterns, but because each tiny square of this electronic skin has so many individual sensors, a single touch is usually enough.

The sensors can also measure temperature, so it can not only feel the texture of whatever it’s touching, but also how warm or cold it is, just like real skin.

“When you lose your sense of touch, you essentially become numb… and prosthetic users face that problem,” Benjamin Tee, who led the research, said in a statement. “So by recreating an artificial version of the skin, for their prosthetic devices, they can hold a hand and feel the warmth and feel that it is soft, how hard are they holding the hand.”

So what inspired Tee and his team to work on such a groundbreaking new project? Star Wars, of course! Tee reportedly said that he was inspired by the original Star Wars trilogy, more specifically the scene where Luke Skywalker loses his hand and is crafted a robotic replacement.