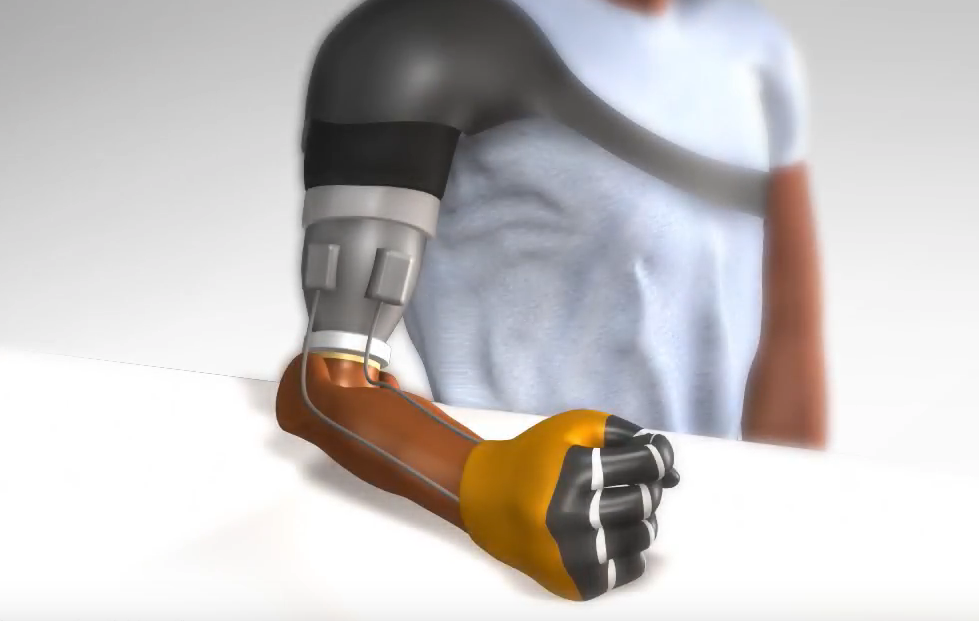 Prosthetics have come a long way over the past half century or so. Gone are the days where “dumb” artificial limbs are the only option, and today new breakthroughs have resulted in incredibly lifelike prosthetics that can allow the wearer to control it with their mind. However, there are still a few ways in which even the most high-tech artificial arms and legs come up shy, and one very important shortcoming is in the sense of touch.

Now, scientists have developed a way by which a prosthetic limb can be intuitively felt by the wearer, allowing them to manipulate objects blindly. The work, which was published in the journal Science Translational Medicine, is a huge step towards making artificial limbs feel just as natural as the real deal.

The study centers on the ability of subtle vibrations near the amputation site to mimic the feeling of natural muscle movements that tell our brain what our limbs are doing even when we can’t see them. Many different types of prosthetics exist, but the team settled on testing their system on patients with amputated arms.

For the study, the researchers recruited a trio of patients who had previously had surgery to make mind-controlled prosthetics a possibility for them. This involves orienting nerves in the remaining part of the arm to allow the prosthesis to pick up on signals and translate them into movement.

Equipped with small gadgets that triggered vibration feedback while the patient was moving their artificial limb, the subjects performed a number of tasks to test how the system affected their abilities. It quickly became clear that the artificial “feeling” feedback was immensely helpful, and the researchers note that it enhanced the subjects’ ability to use their prosthetic without looking directly at it. Even when their artificial limb was in sight, the patients exhibited more accurate and precise movement.

“We’ve got experiments in the process of running where we’ve got touch and movement and motor control all running simultaneously in the same arm,” lead author Paul Marasco of the Cleveland Clinic told Gizmodo. “So they think about moving the arm, they feel that it’s moving through space and when they grab something, they feel that touch as though it’s theirs. That’s the next part of this, integrating these pieces into a whole.”