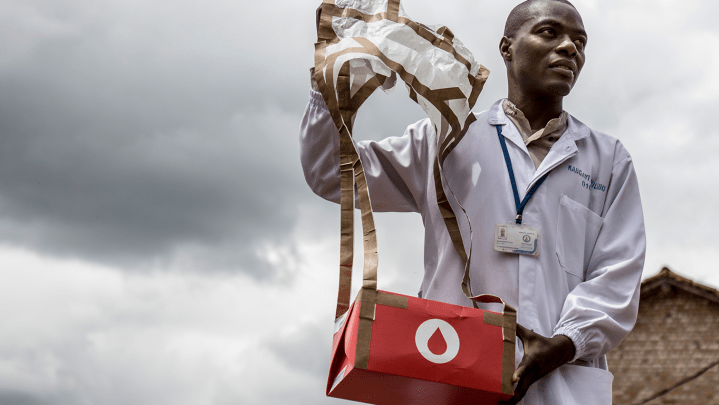 Drones might be causing privacy concerns in the United States and Europe, but in the East African country of Rwanda, they are a welcome sight in the skies. Through a partnership between drone startup Zipline and the Rwandan health ministry, drone-powered medical supply deliveries are ramping up, and they’re starting to make a serious impact.

As The Guardian reports, the drone delivery service has already provided over 5,500 units of blood to aid crews working in remote areas where typical medical supply lines simply don’t reach. The service is working in tandem with 12 hospitals, all of which are being reached by the drone network based in the east of the country. In total, the hospitals provide treatment and life-saving aid to over five million people.

The drone deliveries are vital because they allow the hospitals to work with fresh supplies that are delivered on a regular basis, rather than occasional resupply deliveries which can lead to older supplies being used or, in some cases, wasted due to spoilage. Deliveries of blood can also now be made much faster, slashing the previous four-hour delivery time down just 45 minutes, according to the government.

The drones can travel at speeds of up to 60 miles per hour and the delivery network can alert hospital staff when the drone is nearing its drop point. When the drone reaches its destination, it drops the supplies in mid flight, cruising back to its base as the package safely descends via parachute.

“Some of the biggest, most powerful technology companies in the world are still trying to figure out how to do this. But east Africa is showing them all the way,” Zipline co-founder Kellner Rinaudo told the news outlet. “The work in Rwanda has shown the world what’s possible when you make a national commitment to expand healthcare access with drones and help save lives.”