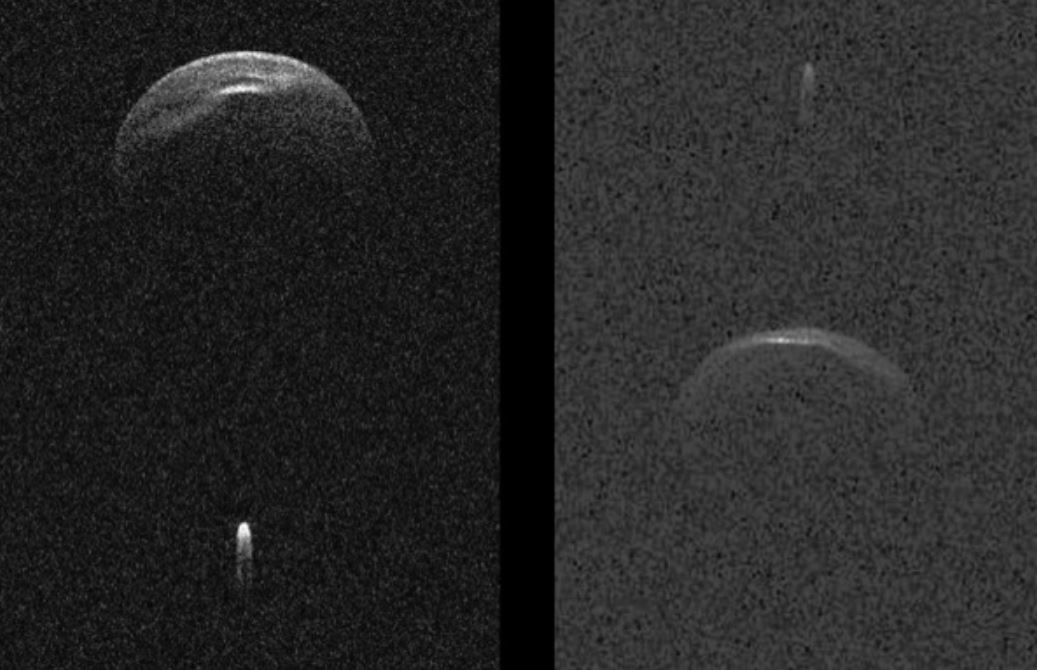 Most space rocks that pass nearby Earth are solo travelers making their way around the Sun and slipping past our planet as they do so. Asteroid 1999 KW4, which will make a distant pass of Earth on May 25th, is quite a bit different. The large primary body of the object is thought to be around a mile wide, and it’s large enough that a smaller “asteroid moon” now orbits it.

The smaller “moon” of the larger rock is still fairly sizable on its own, measuring over a quarter mile in diameter. If the double asteroid were to pose a threat to Earth, we’d be in for some serious trouble, but thankfully that’s not the case.

1999 KW4 shouldn’t be a problem for us here on Earth for the foreseeable future, and when it passes by later this week it will do so at a reasonably comfortable distance of just over 3.2 million miles. For context, that’s over 13 times the distance between the Earth and our own Moon.

So it’s not going to be all that close, but that doesn’t mean it’s not an interesting opportunity for astronomers who want to learn more about it and other asteroids in our system. Past observations of the rock have revealed that it has a strange diamond-esque shape similar to other well-known asteroids like Ryugu.

How these space rocks get their shapes, and what processes may affect how they change over time, remains largely unknown. For 1999 KW4 specifically, the origins of the smaller “moon” orbiting the larger body are also of interest to researchers. Is it a piece of the larger rock that broke off long ago, or perhaps even a rogue asteroid that was drawn in by the gravitational pull of the larger body?

Answering those questions would take a lot of work, but the asteroid’s relatively close visit later this week could offer astronomers an opportunity to offer some new theories.