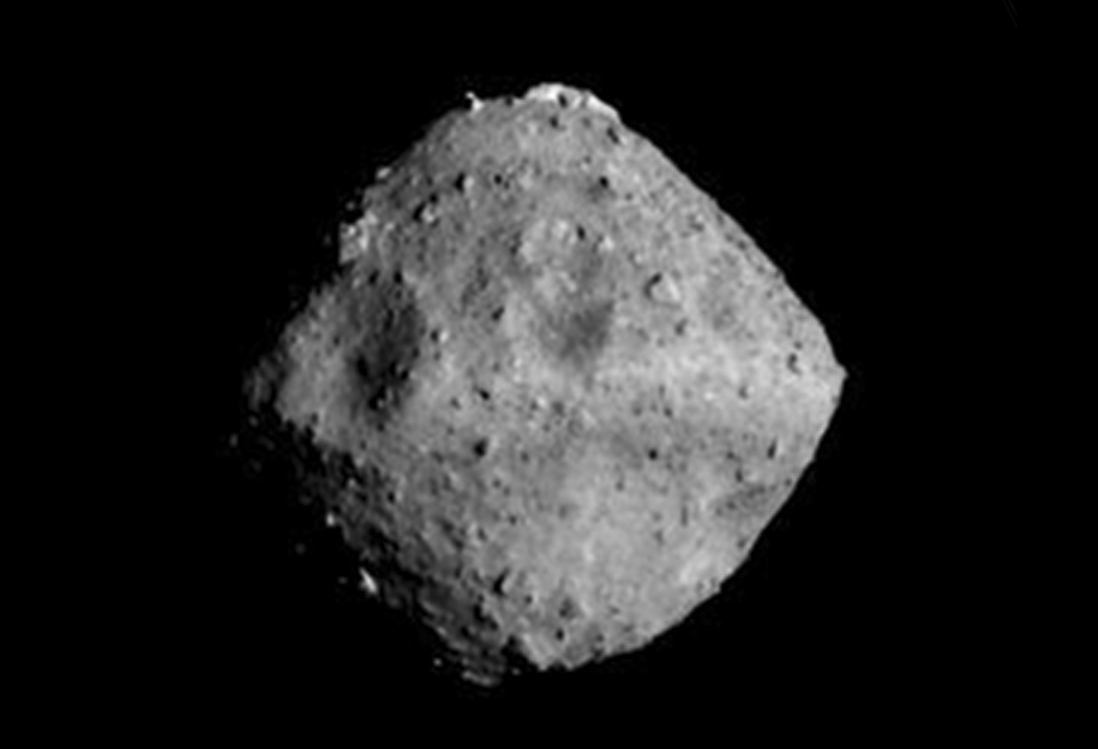 Japan’s Hayabusa2 spacecraft has been hanging around the asteroid known as Ryugu for several months now. It first arrived in late 2018 and, in February, fired a projectile into it surface to collect a sample from the rock. It still has plenty of work to do but things are moving along nicely.

Now, after learning more about the asteroid itself, Japanese scientists believe they know where the object originated, narrowing down its possible asteroid “parents” to a pair of larger rocks. Conclusively determining Ryugu’s origins won’t be easy, but the color of the asteroid has helped researchers narrow things down quite a bit.

In a new research paper published in Science, an international team of scientists describes a variety of characteristics they’ve been able to observe thanks to images from Hayabusa2. They’ve been able to determine is the parent body of Ryugu had at least some water ice on its surface and possibly “organic molecules” as well.

Ryugu is incredibly dark by any standard, and it’s thought to be one of the darkest objects in our entire solar system. That might be hard to believe when you see images shot by Hayabusa2 but it’s important to remember that the tools the probe is equipped with were designed specifically to capture the detail of the rock’s dark surface.

As Science News reports, the rock’s color also helped scientists trace its potential parents to just two other known asteroids. The first is a 55-kilometer wide asteroid known as Polana, and the second is a smaller 37-kilometer wide rock known as Eulalia. Both are much larger than the 900-meter-wide Ryugu, and all are similar in features.

Eventually, Hayabusa2 will return to Earth, but only after collecting additional samples from Ryugu. Those samples will tell researchers a lot about the rock’s past and will likely help them nail down is parent.