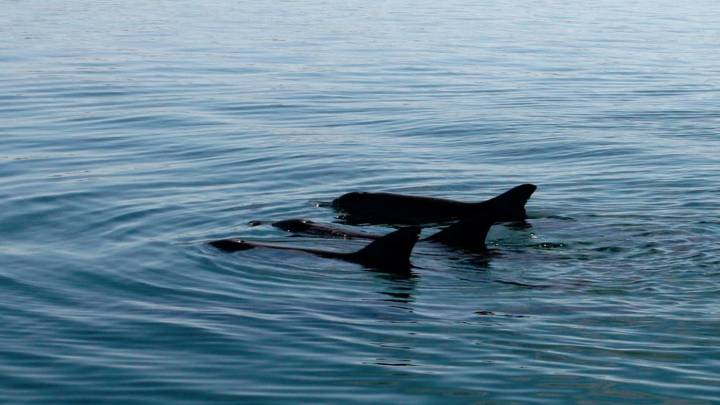 Scientists have been warning us for years that human activity has been slowly warming up our planet. It’s not easy to see when you’re looking at localized weather patterns, but a macro view of climate trends shows the reality we’re facing. Ocean temperatures are a good way of tracking global warming, and a new study suggests that even short-term spikes in sea temperatures can have a dramatic impact on the creatures that call it home.

A new study in Current Biology looked at how ocean temperatures are affecting one of mankind’s favorite ocean creatures, dolphins, and what it reveals is more than a little bit frightening.

Using data gathered before, during, and after a heat wave in Australia back in 2011, the team of researchers kept a close eye on the population of dolphins that reside in an area known as Shark Bay. Starting in 2007, the team gathered a decade worth of data on the animals, finding that the spike in ocean temperatures had a dire effect that lasted long after the heat wave had subsided.

The increased temperatures didn’t directly harm the dolphins — larger creatures like dolphins do their best to adjust to a shifting climate — but it did destabilize the food chain, which ultimately doomed the dolphin population. The warmer waters began to kill off the wild seagrass that covered the ocean floor in the area, and its effects began to be felt all the way at the top of the food chain.

“Once we realized that the 2011 warm water event had such devastating consequences on the seagrass beds in Shark Bay, we wondered whether [animals] on top of the food chain might also be affected,” Michael Krützen, co-author of the study, told CNN.

Even seven years after the heatwave struck there was still “no clear sign that things were back to normal — survival and reproduction were still lower, so these short term effects have long-term consequences on marine megafauna,” according to Krützen.

When you think of global climate change, and the relatively small changes in temperature that scientists predict, it’s easy to fall into a mentality of “I can handle a couple of degrees.” That might be true, but it’s also a very shortsighted way of looking at things. Ultimately, if we don’t get global warming under control it won’t be the temperatures that kill us, it’ll be the collapse of ecosystem we rely on.