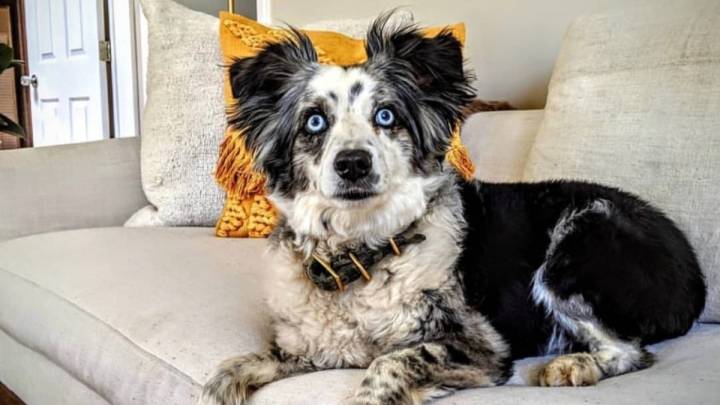 A GoFundMe campaign topping $10,000, a private plane carrying a banner calling for public involvement, and a reward of $7,000 for information leading to the recovery of a beloved family member. This is the kind of thing you might expect in a child abduction case, but we’re not talking about a missing person. This is a hunt for a stolen dog.

Emilie Talermo of San Francisco is desperately searching for Jackson, her 5-year-old miniature Australian Shepherd. The pup was apparently stolen from outside a San Francisco grocery store earlier in December, and the missing doggo is now the focus of a massive search effort.

Along with managing the fundraising efforts and hiring a pilot to carry a banner around San Francisco spreading the word about the stolen dog, Talermo is also running a website dedicated to the search for Jackson. The webpage includes information about the alleged abduction of the dog. A video is also embedded on the site that appears to show the man suspected of snatching the dog.

The small bit of good news in all of this is that the dog is microchipped, so if it is taken in for a vet check or picked up by an animal welfare organization, Jackson’s owner will be easily identified. However, it’s also possible that the abductor intended to sell the dog, making it more difficult to trace where Jackson will end up.

Everyone is keeping their fingers crossed that Jackson turns up in short order, but as we’ve recently seen, sometimes pet owners have had to wait a long, long time to be reunited with their furry friends. Last month, a news story out of New Mexico revealed that a cat missing for over five years was found 1,200 miles away from his original home. The cat’s microchip let veterinarians track down his original owner, who lived in Portland.