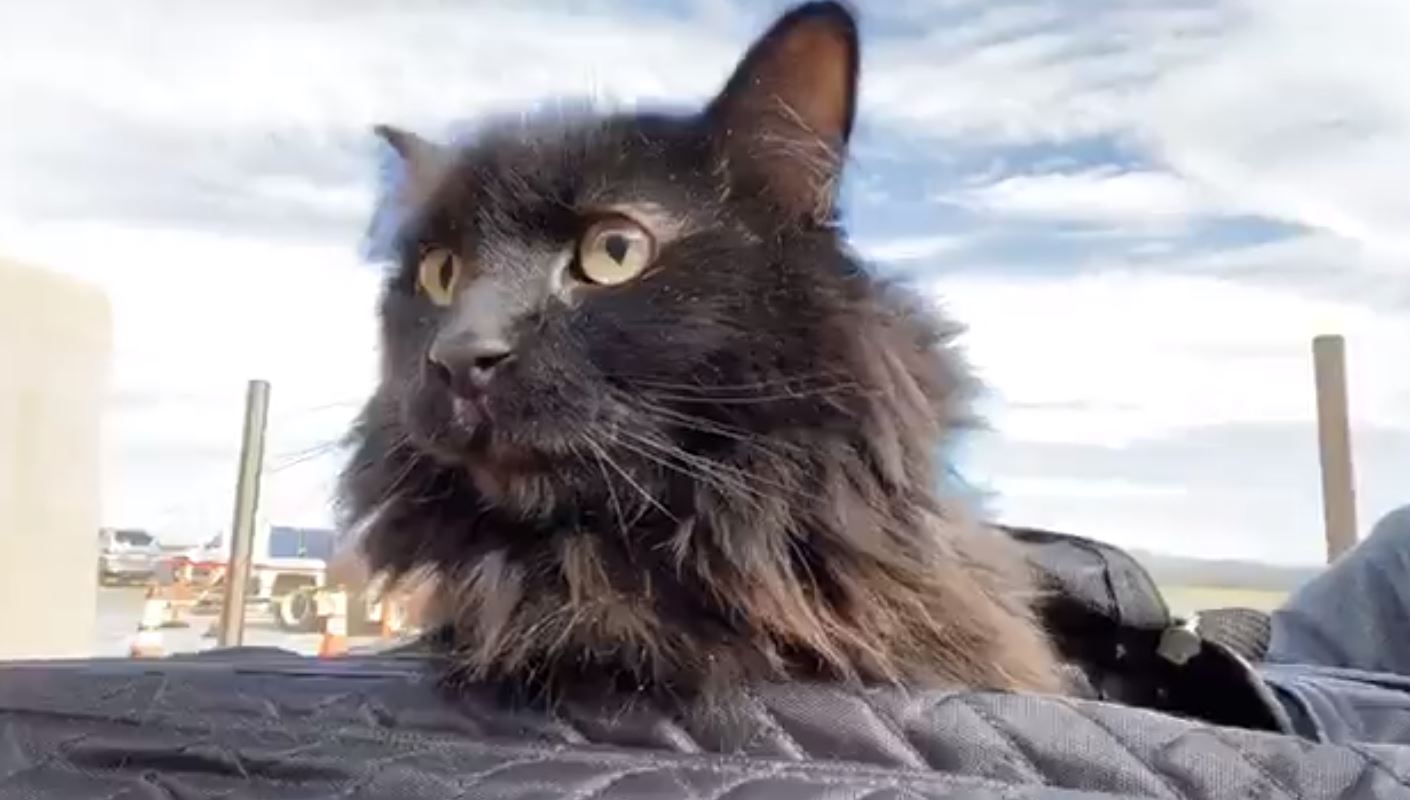 Sasha is a good cat. His owner, Viktor Usov, hadn’t seen him for five years after the frisky feline disappeared from his Portland home. He had no idea where Sasha went, but when an animal goes missing for five years it’s easy to assume they’ll never be seen again.

When Usov got a call from the Sante Fe Animal Shelter, a facility located some 1,200 miles away in New Mexico, he couldn’t believe what they told him. Sasha had been found, alive and well, and a quick microchip scan led the shelter to contact his owner.

The shelter first met Sasha as a stray who had been found living his life on the streets. He had no collar, but the insertion of a tiny microchip with his owner’s information made it possible for the shelter to trace his roots.

As you might imagine, Usov found the claim hard to believe. The shelter sent pictures to help him confirm that the cat was indeed his. It was indeed Sasha, and a quick flight from New Mexico to Portland (courtesy of American Airlines providing the free transportation) resulted in a reunion between the cat and his long-suffering owner.

As for how Sasha made it all the way to New Mexico, nobody has any idea. 1,200 miles is an incredible journey, especially for a housecat, and it’s unclear if someone else had taken him in and brought him south or if he made the trip on his own. Usov prefers to think the latter is true, and that Sasha simply wanted to see the world.

“He would even greet us at the door with the dog,” Usov told CNN. “He was very adventurous and loved the outdoors. He would go outdoors whenever he wanted. One night he just didn’t come back.”

With his cross-country adventure now at an end, Sasha’s owner says he plans to do a whole lot of cuddling with his long-lost friend.