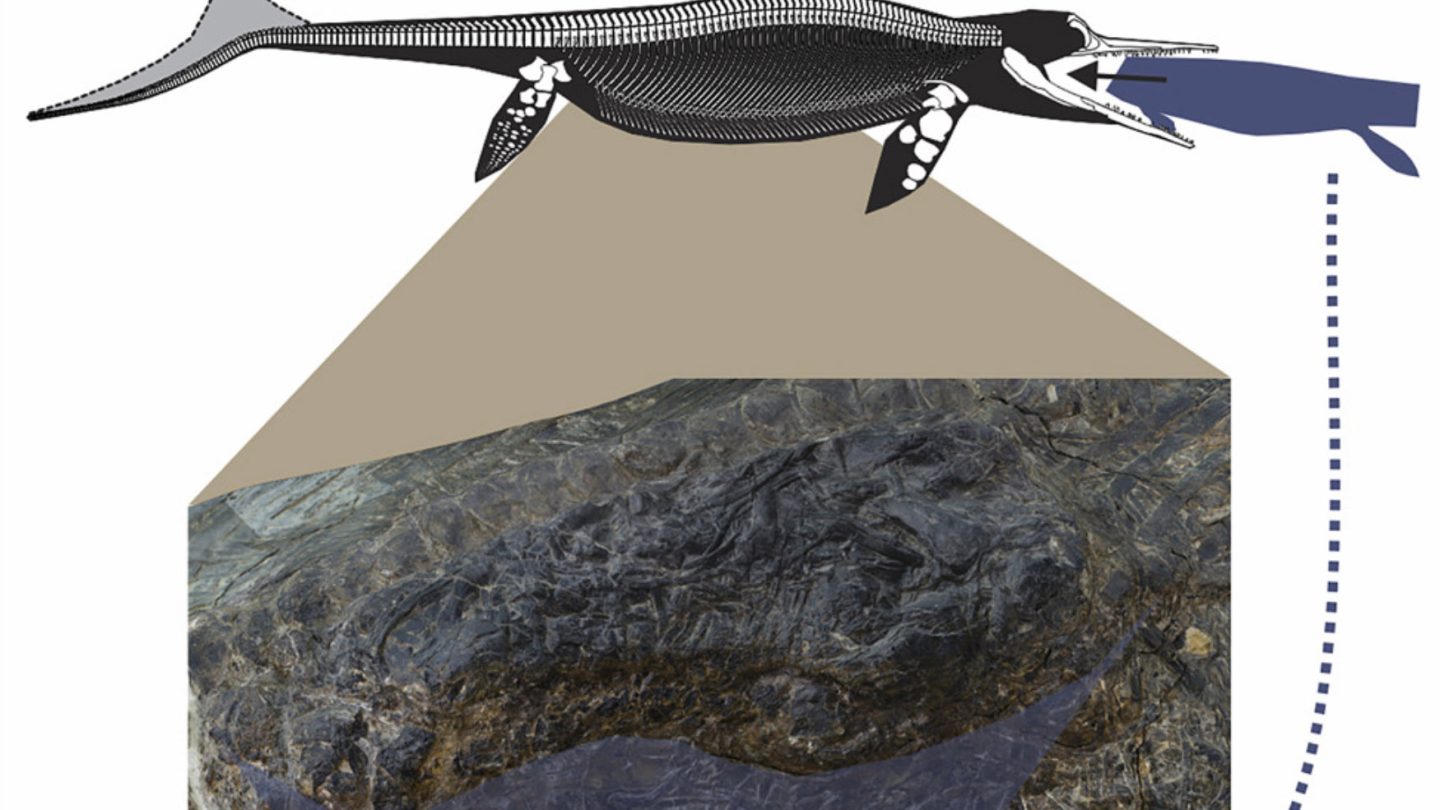 Finding fossils is hard enough for paleontologists, and finding fossils that show some type of behavior being carried out are even more difficult to find. A fossil showing an ancient predator feeding on another predator and dying in the process? Well, that basically never happens… until it did. In a quarry in China, researchers discovered fossils of two ancient aquatic reptiles, and one was in the midst of eating the other.

The larger of the two, an ichthyosaur, was one of the top predators of its day. Various species could grow dozens of feet in length, and they were thought to primarily feed on crustaceans and fish. So, when this particular ichthyosaur specimen was found with another reptile stuffed halfway down its gullet, the scientists knew they had found something truly unique.

In a new paper published in iScience, paleontologists describe the discovery and its implications on our understanding of ancient predation.

The ichthyosaur had apparently decided to make a meal of a thalattosaur, a species of aquatic reptile that sported a flat tail to aid in swimming and could grow to considerable length itself. The problem? While the ichthyosaur measured around five meters in length, its prey wasn’t much smaller, measuring roughly four meters long. Needless to say, swallowing the meal was a challenge for the large predator, and things didn’t work out in its favor.

The fact that the larger beast decided to try to eat the slightly smaller one is a rare example of what scientists call megafauna predation or a creature eating another that is larger than a human. The researchers believe that even though this particular incident ended with the ichthyosaur apparently choking on its prey, ending the lives of both animals, this type of predatory behavior may have been common.

“Here we report a fossil that likely represents the oldest evidence for predation on megafauna,” the researchers write. “A thalattosaur (∼4 m in total length) in the stomach of a Middle Triassic ichthyosaur (∼5 m). The predator has grasping teeth yet swallowed the body trunk of the prey in one to several pieces. There were many more Mesozoic marine reptiles with similar grasping teeth, so megafaunal predation was likely more widespread than presently conceived. Megafaunal predation probably started nearly simultaneously in multiple lineages of marine reptiles in the Illyrian.”

It’s a pretty incredible discovery, and while the two animals are long dead, it’s incredible to imagine the scene taking place hundreds of millions of years ago.