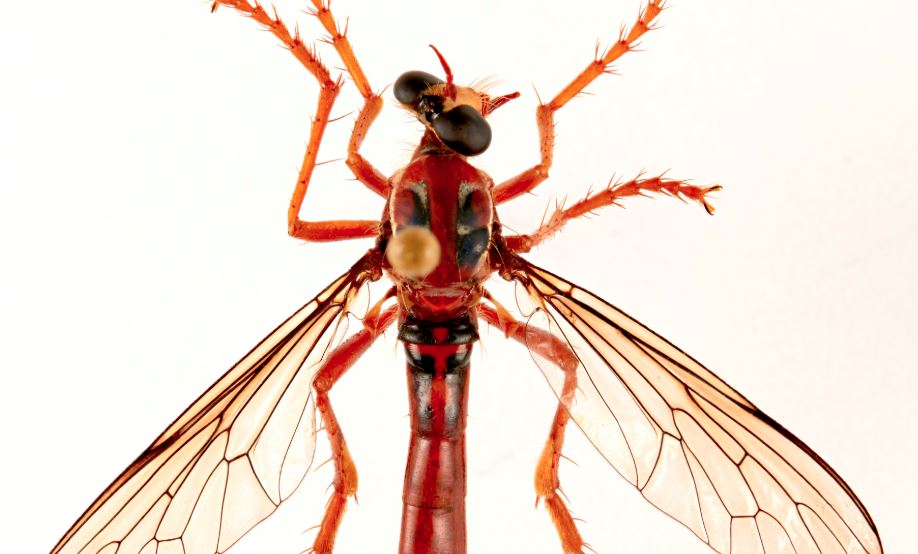 Scientists that seek to identify and catalog new species of plants or animals already have a tough task ahead of them. Comparing specimens to known species to ensure a newly-discovered creature is actually new is taxing work, and once they confirm the existence of a new species they have to come up with a name.

For the researchers at the Commonwealth Scientific and Industrial Research Organization (CSIRO) in Australia, inventing new names inevitably led them to pop culture references. One newly-identified species of fly has been given a moniker that is quite fitting based on its color scheme. Its scientific name is Humoralethalis sergius, but you can just call it the Deadpool fly. They’re not quite as terrifying as murder hornets, but they’re definitely still well-suited for 2020.

You really don’t have to examine the new species long to understand why it was given its nickname. The fly sports a striking red coloring with black details and a design on its back that looks a bit like black eye patches on a red mask. Combined with the fact that the fly is adept at dispatching other insects, the Deadpool nickname was a natural fit.

“Deadpool fly is an assassin with markings on its back that resembles Deadpool’s mask,” Dr. Bryan Lessard of CSIRO said in a statement. “We chose the name Humorolethalis sergius. It sounds like lethal humour and is derived from the Latin words humorosus, meaning wet or moist, and lethalis meaning dead.”

Get it? Death and wetness? Deadpool? Okay so you have to read into the naming scheme a bit to really get the joke, but the fly’s bold appearance is more than enough to make the connection.

The Deadpool fly isn’t the first insect to get the comic book naming treatment from CSIRO researchers. As the group notes in a press release, they’ve used the Marvel universe to name several new species:

But those pop culture references are still just a small slice of the overall number of new species the organization has discovered. CSIRO is credited with finding 151 new insects as well as many new plant, fish, and bird species. Now we just need to find a bug with a built-in jetpack so we can get Iron Man in on the mix.