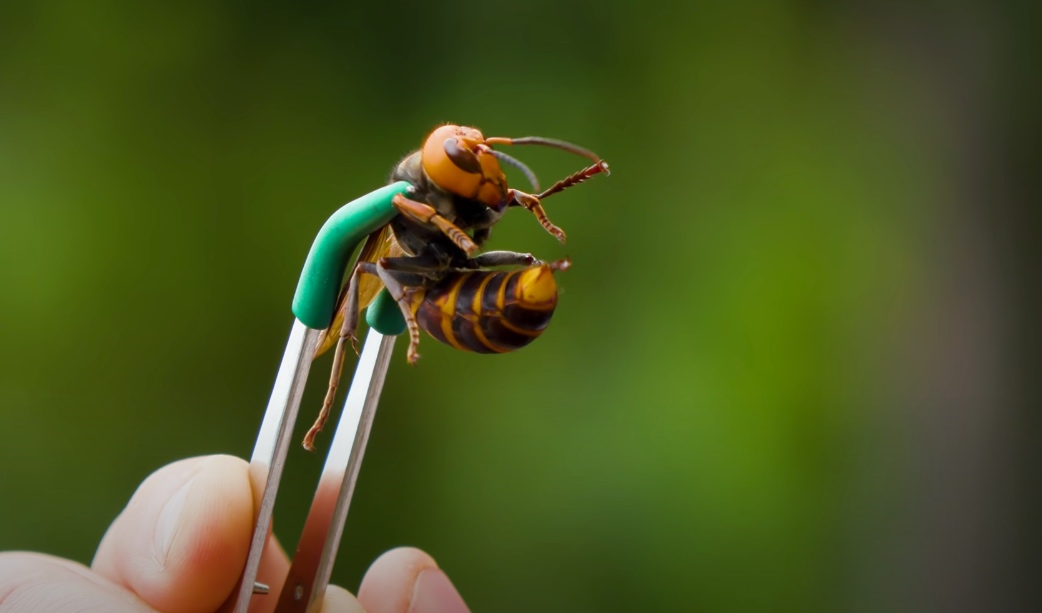 2020 is going to be a year for the record books for all the wrong reasons. In what has effectively been one calamity after another, the year started off with wildfires sweeping across Australia, only to be followed by the tragic death of Kobe Bryant. And just when you thought the storm had passed, the coronavirus pandemic sprung up out of nowhere, killing more than 250,000 people across the globe and bringing some of the world’s biggest economies to a standstill in the process.

With the U.S. still trying to get a handle on the coronavirus and keep it from spreading even further, a new threat has emerged: giant hornets from Asia that some have taken to calling Murder Hornets. While some insects or animals have names that make them sound scarier than they actually are, murder hornets are legitimately terrifying and have recently made their way into the United States.

So what makes murder hornets so terrifying? Well, for starters, these bad boys are shockingly huge, with some measuring in at more than 2 inches long. What’s more, they have a stinger that’s about a quarter-inch long and tend to kill a handful of people in Japan every single year. If you want to see what they’re capable of, a video showing a lone murder hornet viciously attacking and destroying a much larger mouse recently went viral. And if that isn’t scary enough, when a murder hornet locates a target, it emits a scent which serves as a signal for other murder hornets to join in on the attack.

A single sting from a murder hornet may not kill you, but it has been known to cause kidney failure in some victims. And while the main concern involving murder hornets centers on their ability to destroy local bee populations, you’ll definitely be running for the hills if you spot one in person.

A man who goes by Coyote Peterson, however, is an exception to the rule. Peterson has a popular YouTube channel where he videotapes himself getting stung or bit on purpose by some of the most dangerous insects on the planet. If an insect has a particularly painful bite or sting, you can bet that there’s a video of Coyote Peterson hanging out with it on YouTube.

With the murder hornet now getting a lot of press, Peterson recently uploaded a year-old video of him getting stung by a murder hornet to Facebook. Now you may have seen the video before, but if not, it’s a wild ride and a good introduction to a wild man who, not surprisingly, calls himself Coyote.

The video below is not for the faint of heart but is nonetheless fascinating to watch. We won’t spoil anything, but rest assured that Peterson is fearless.