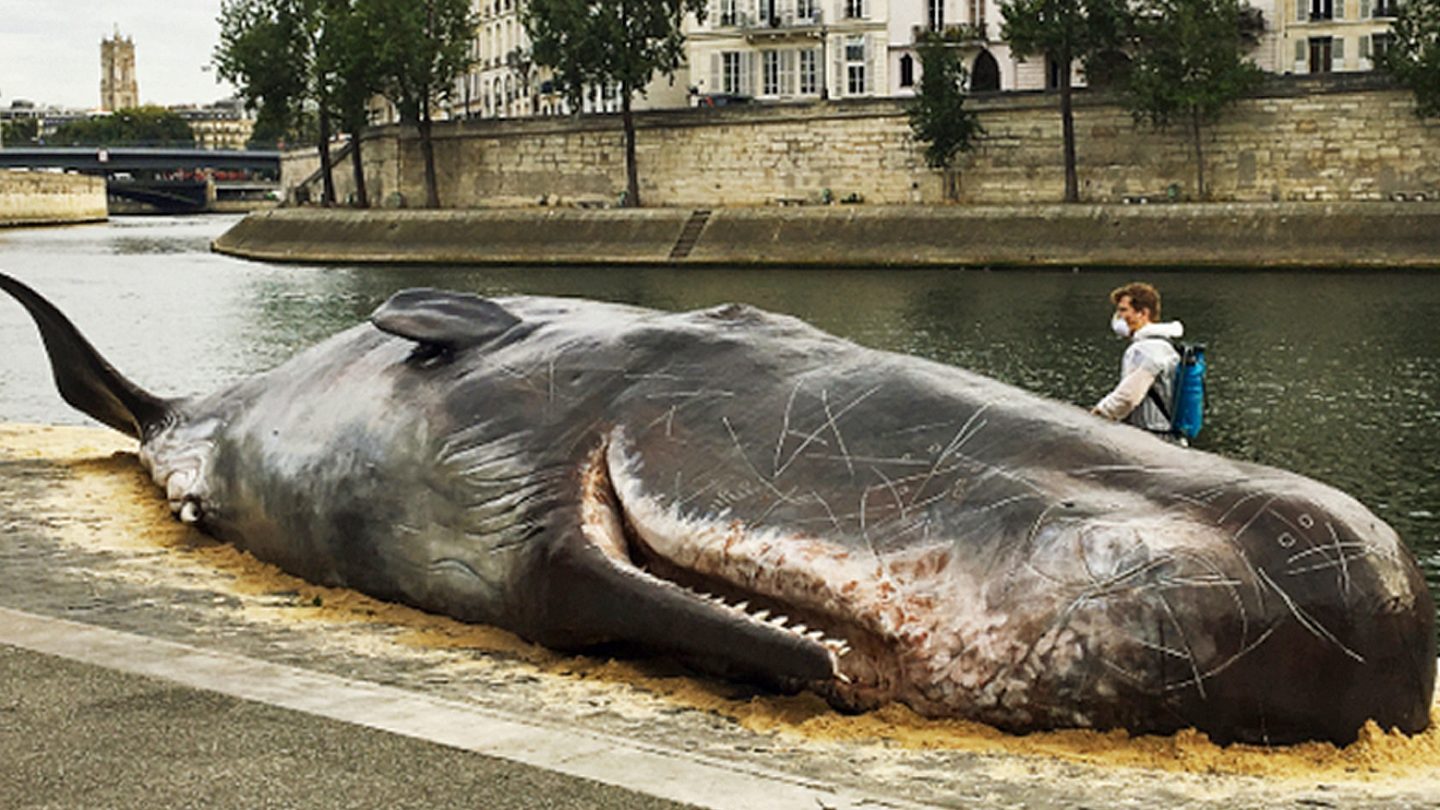 The massive, bloated body of a dead whale isn’t the kind of thing tourists normally see when they’re walking along the Seine river in Paris, but that’s exactly what they were treated to this past weekend. The grotesque carcass appears to be half-rotting, with countless scars from its lifelong adventure in the ocean, and scientists paced around the lifeless corpse with masks to protect their nasal passages from the putrid smell in the air. But this dead whale isn’t like any other — in fact, it’s not real at all.

The whale is actually a hyperrealistic farce, and everything from its rotting flesh around its maw to its bloated belly are nothing but an elaborate statue. Created by the art activist group Captain Boomer Collective, the whale is designed as a stark reminder of mankind’s relationship with nature, and our negative impacts upon it.

Paris is just the latest stop for the whale, which has already made an appearance at several other sites around Europe. The artists arrive to set up the display very early in the morning, and by the time the city is awake the massive fake animal looks like the real deal, complete with liquid “blood” and even a scent that mimics decaying flesh. The installation is an extremely detailed performance, right down to the actors-turned-scientists who circle the dead carcass, taking samples and measurements, and even interacting with crowds by discussing the possible reasons that the whale had died.

“The beaching of a whale has always been a magical event,” the group writes on its website. “Villages trembled and were exhilarated when it happened. This is what we reconstruct. At the same time the beached whale is a gigantic metaphor for the disruption of our ecological system. People feel their bond with nature is disturbed.”