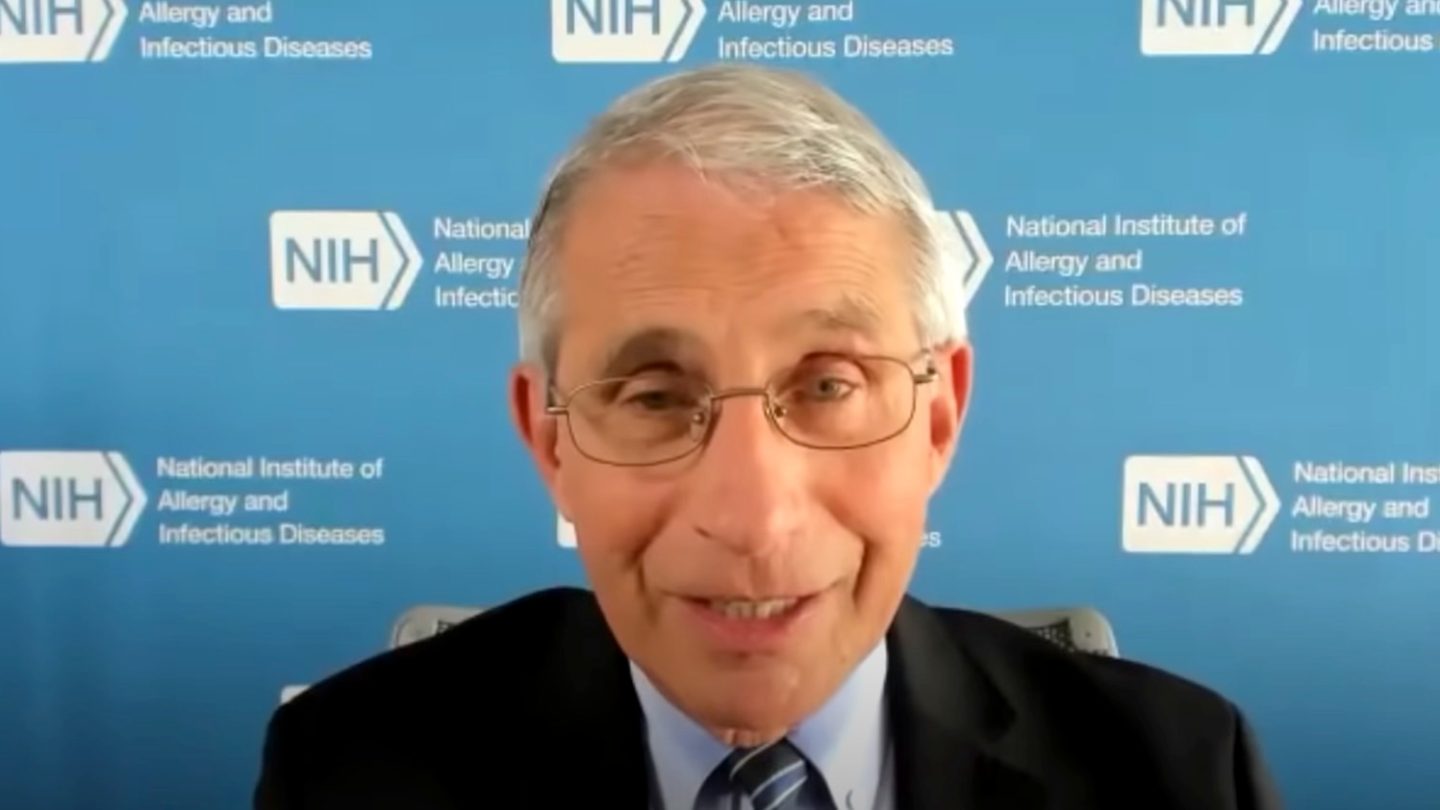 For some seven months of the coronavirus pandemic now, White House health advisor Dr. Anthony Fauci has been and remains the public face of the Trump administration’s response to the COVID-19 crisis. He’s a globally recognized voice of authority, whose brand is something of a blunt, raspy-voiced truth-teller — someone who many people regard as giving them the precious commodity that has been so hard to come by during the pandemic: Just the facts, backed by the best science that’s known at any given time.

During an interview this week in which he shared one of his latest coronavirus updates, however, Dr. Fauci — who’s also the director of the National Institute of Allergy and Infectious Diseases — finally did something I was wondering if he would ever get around to. He dropped the kindly grandfatherly demeanor just a bit on Monday, during an interview with CNN in conjunction with World News Day. The same Fauci who has had to bend himself into all sorts of rhetorical pretzels during the pandemic to try and not rub the administration the wrong way finally hammered Fox News a bit, going so far as to say the network can be “outlandish” at times.

“There are reporters who really, you know, do a great job,” Fauci said. “And even Fox, even on the Fox channels, there are some that are really, really good that I totally respect. But there are others that just, you know, anything that I would say they’ll distort a bit. And I’m not sure there’s anything I can do about that.”

Fauci made his comments ahead of Tuesday’s angry, intense first presidential debate between President Trump and former Vice President Joe Biden, during which the administration’s response to the coronavirus outbreak was, no surprise, a key topic of discussion. And about that response — the latest data from Johns Hopkins University shows that almost 7.2 million confirmed COVID-19 infections have been reported to date in the US (as of the time of this writing), while more than 206,000 Americans have died.

Fauci, in his chat with CNN, lamented the fact that “there is so much misinformation during this very divisive time that we’re in. The public really needs to know the facts in going through this extraordinary experience that we’re all going through,” he said.

As we’ve previously reported, Fauci has explained in the past that just because messaging has changed during the pandemic, that doesn’t mean the experts like him were wrong. As you learn new facts, you adjust the message. In the past, Fauci has pointed to this line of thinking to explain things like his subtle shift on messaging regarding face masks during the pandemic. Early on, for example, the onus was on social distancing and not a push toward masks for the general public, so that health care workers can conserve and build up their own supply. As experts learned more about the virus, they changed their strategy on masks — but, experts like Fauci stress, it doesn’t mean they were wrong or that they shouldn’t be listened to now. This is the kind of thing, he says, that some Fox News reporting has distorted from time to time.