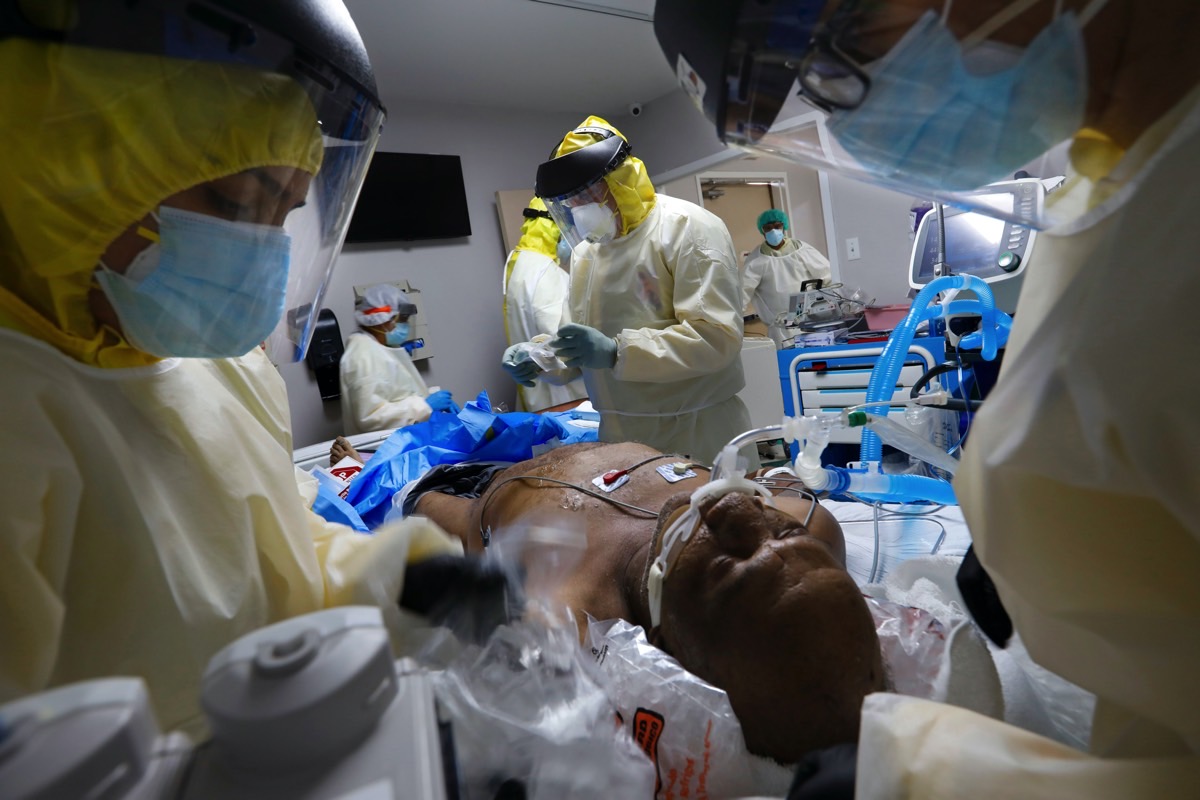 The United States just had its worst week of the novel coronavirus pandemic so far. In the last three days alone, more than 150,000 cases were diagnosed at an average of over 50,000 cases per day. The 60,000 mark seems imminent at this point, with Anthony Fauci having recently warned that we might see 100,000 new daily cases if the spread isn’t contained. The rest of the world isn’t doing any better — collectively, at least — having reported more than 200,000 daily cases for three straight days and surpassing more than 11 million cumulative cases. More than 531,000 people have died since it all started, including over 132,000 Americans. Thousands more will die by October, according to estimates. It’s not just that the virus might be spreading faster than before, thanks to what might be a significant mutation. This genetic change doesn’t seem to affect the efficacy of vaccines and other drugs though, so it doesn’t make the virus more deadly than before. It’s people who ignore social distancing guidelines and face masks who are responsible for the massive new surges in cases.

When all taken together, these are dire figures and facts that paint a clear and worrisome picture. The illness will not go away anytime soon. It will not disappear like Trump keeps suggesting, and it will not slow down during the summer months. But there’s some good news emerging in all of this that has to be acknowledged. While many people continue to die of COVID-19 complications all over the world, doctors are reporting increased survival rates for severe cases who end up requiring mechanical ventilation.

Going on oxygen and a ventilator doesn’t look like a death sentence, as appeared to be the case back in March and April. Outbreaks in Italy and New York painted a bleak picture at the time. Officials were worried that healthcare systems would be overrun by a surge in cases, which would strain the resources of hospitals that were already insufficient in some cases. Ventilator access was one of the problems at the time, and several reports indicated that patients who need to be intubated and then connected to a breathing machine likely wouldn’t survive.

Things have improved dramatically since then. It’s not just that some therapies can reduce the risk of complications, but doctors have trained themselves on how to better use ventilators. US hospitals are reporting lower mortality rates related to mechanical ventilation, which are on par with death rates for other severe lung problems caused by other diseases.

Access to new therapies like remdesivir and dexamethasone may have helped. The former shortens recovery times for mild cases, and the later can reduce mortality. The fact that hospitals are less overwhelmed also helps, as it gives doctors more time to spend on patients. Managing a patient on a breathing machine requires a lot of fine-tuning settings to meet the oxygenation needs of said patient. But doctors are also more skilled at using ventilators than before. Also, the initial mortality figures from Wuhan, Italy, and New York City, may not have presented an accurate picture, The Washington Post reports.

A Northwell Health study from mid-April said that almost nine out of 10 patients who get on ventilators will not make it. Researchers later had to correct the study, noting that just 24.5% of the patients observed at the time had died, while 72.2% remained in the hospital. Initially, the study said 88% of people on ventilators had died.

“Being on a ventilator right now in our hands is no different than it would be any day of the year,” Greg Martin told The Post. The professor of medicine at Emory University School of Medicine and his colleagues explained in a May 26th study in Critical Care Medicine that 35.7% of COVID-19 patients on ventilators had died. That’s still a large percentage, but it’s nowhere near as high as those initial claims.

Ronald Reagan UCLA Medical Center’s data shows the mortality rate for ventilated patients at between 30% and 50%. That’s in range with the rate for people who develop acute respiratory distress syndrome (ARDS) related to other diseases. The same complication is seen in severe COVID-19 cases as well.

At NYU Langone Health, 60% of patients ventilated mechanically died between March 1st and May 5th, according to a paper published in BMJ. The mortality rate is “never going to be 10% to 20%,” Leora Horwitz warns. “Let’s not kid ourselves,” the NYU professor of population health and medicine told The Post. “The people who are sick enough to be put on ventilators, they’re really sick.”

She did acknowledge that doctors are learning how to better recognize who needs intubation, and they’re avoiding ventilation when possible. Techniques including the prone position, as well as the increased awareness of systemic blood clotting in COVID-19, can also help with managing severe cases. Roughly 20% of symptomatic patients need hospitalization and 5% end up in the ICU, the report notes. Most of those will then progress to ventilated breathing.

That’s not to say people should start lowering their guard. Mortality rates remain significant for the disease and some of the at-risk patients who end up on ventilators may need weeks before getting off, then weeks more to recover. Social distancing, face masks, and handwashing should remain top priorities.