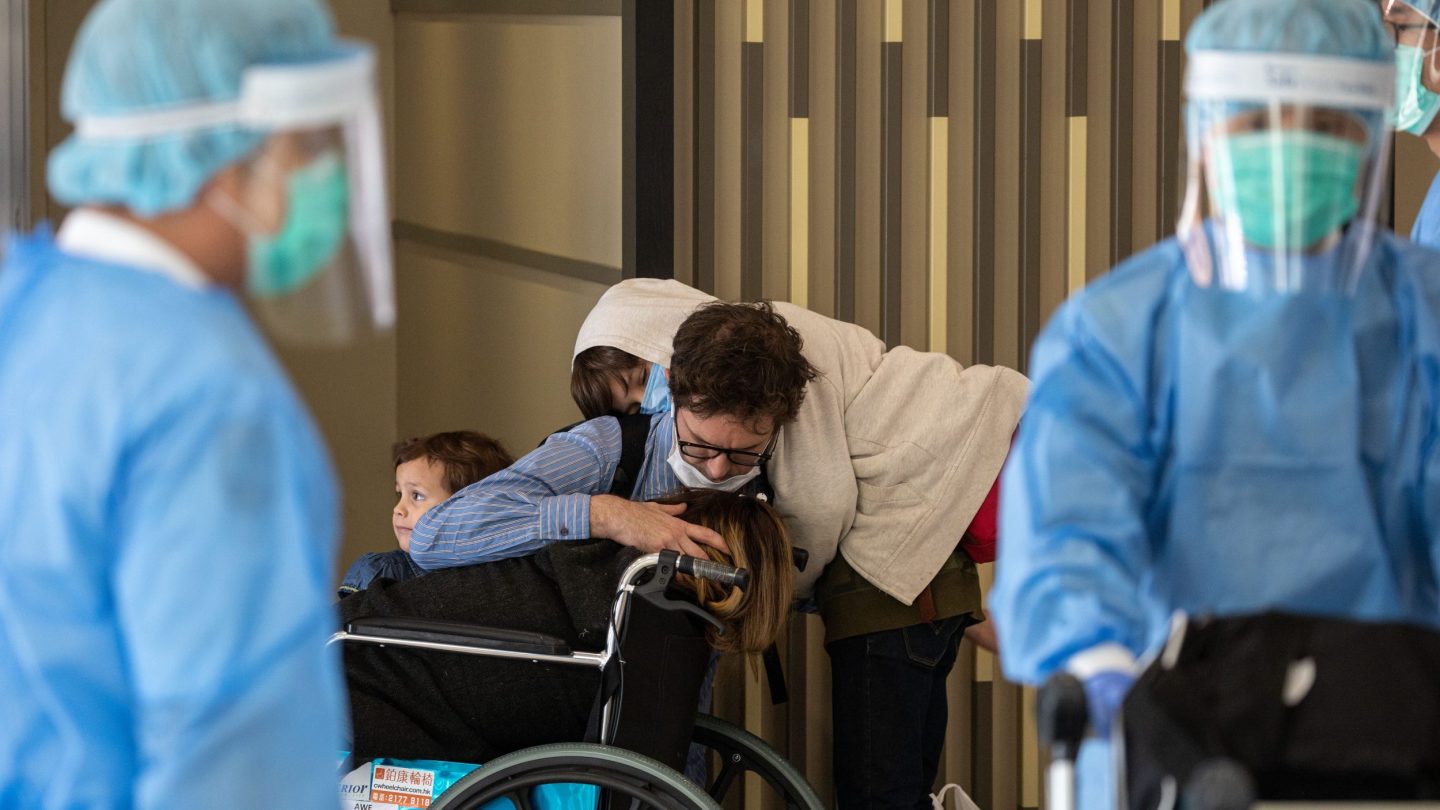 The novel coronavirus pandemic has already claimed over a hundred thousand lives worldwide. With over 1.4 million active cases at last tally, there’s still a lot of people that need saving, and the most critically ill patients are monitored around the clock in hospitals and intensive care units. Typically, these patients are positioned comfortably on their backs, but doctors are now realizing that a different posture could actually save lives.

As CNN reports, doctors dealing with coronavirus patients who are having trouble breathing are learning that flipping the individual over, onto their stomach rather than their back, can dramatically improve their condition. The news comes just one day after a different team of doctors made an intriguing discovery about one of the weirdest coronavirus symptoms that has been popping up in patients. This new repositioning technique appears to work for both sedated, ventilated patients with severe symptoms as well as patients who are not on ventilators, and it could lead to increased survival rates if it proves effective following further research.

Flipping a patient with breathing issues onto their stomach isn’t an entirely new concept. Doctors in France experimented with the same technique for patients with severe acute respiratory distress syndrome (ARDS) who were on ventilators to breathe. Those placed on their stomachs had a greater chance of surviving than those who remained on their backs.

Now, that same idea is being applied to coronavirus patients with breathing difficulties, and doctors say it’s working. Anecdotal evidence suggests that placing a patient in the “prone” position can increase their blood oxygen levels dramatically in a short period of time.

“Once you see it work, you want to do it more, and you see it work almost immediately,” Dr. Kathryn Hibbert, director of the medical ICU at Massachusetts General Hospital, told CNN. “By putting them on their stomachs, we’re opening up parts of the lung that weren’t open before.”

It’s great news, but there’s a catch: Placing patients on their stomach doesn’t come without its own share of risks. Depending on their condition, some severe patients may need deeper sedation to remain on their stomachs while being ventilated. Doctors ultimately have to make the call and decide for which patients the risk is justified.

An ongoing clinical trial at Rush University Medical Center aims to produce some hard data on how beneficial the technique is, and which patients benefit there most from being placed on their stomachs instead of their backs. The research could yield important, life-saving guidelines for COVID-19 patients.