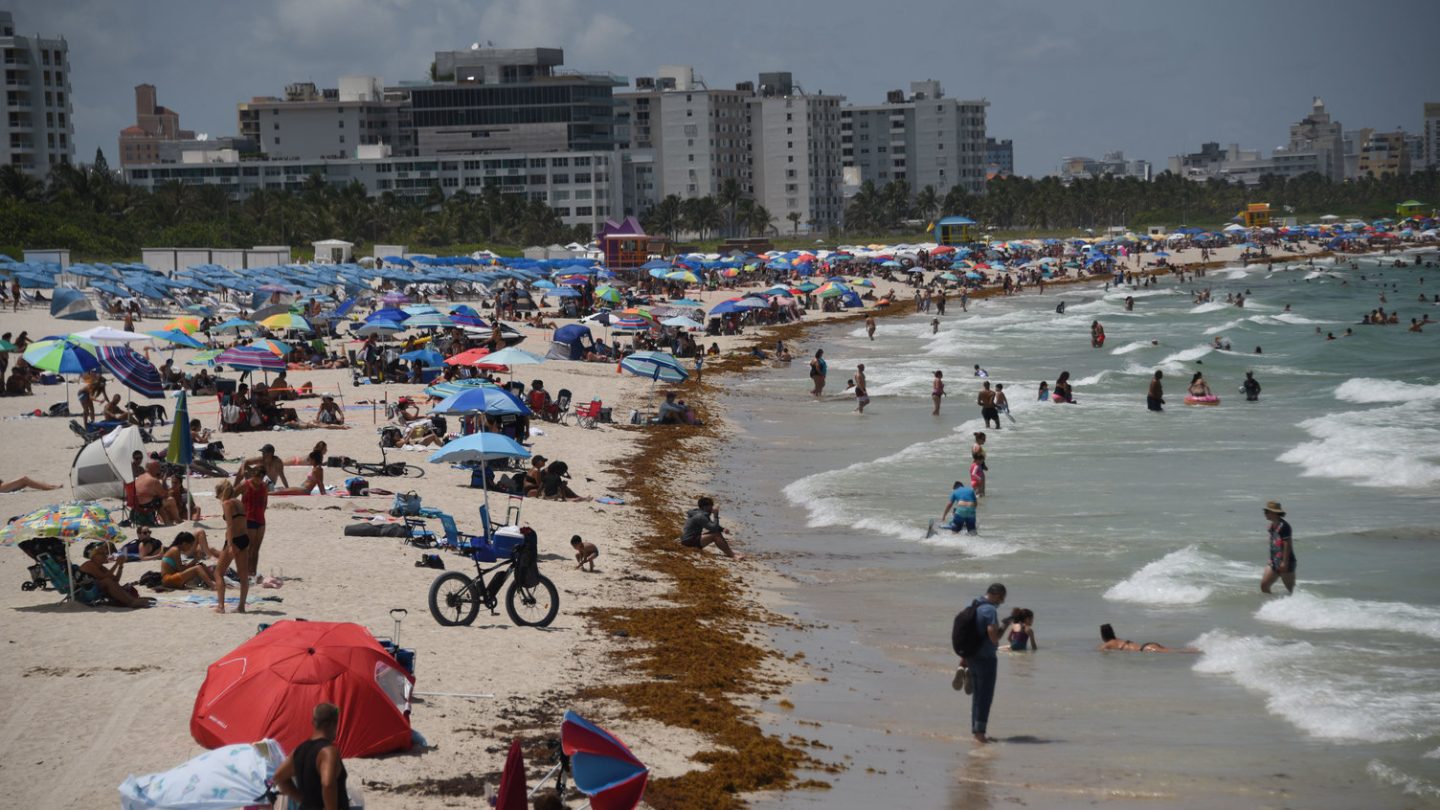 The United States continues to see a massive surge in novel coronavirus cases, propelled by several states that have reopened their economies in recent weeks. Some of these states are now reporting daily records that are well over the figures from back in April during what was believed to be the peak of COVID-19 infections. Officials are already rethinking their reopening strategies, with some governors ready to reimplement previous restrictions and roll back some of the decisions that may have led to the new surges. Moreover, Trump seems ready to change his messaging on face masks, as the personal protection equipment became a point of contention between many people. Even so, he still feels like the virus will just disappear, which is a dangerous and false claim that he has been making for several months despite all the evidence to the contrary.

Data from Johns Hopkins says July 1st was the first day since the US COVID-19 epidemic started when authorities reported more than 50,000 new cases. Stats from the Coronavirus App confirm the figures for July 1st, although this coronavirus mapping resource says the US first passed 50,000 cases on June 26th.

Separately, The Washington Post reports 52,789 new cases for Wednesday, while The New York Times says 49,932 cases were confirmed on July 1st. These differences can be easily explained, as each source is tracking the number of cases differently. Whatever the case, the bottom line is simple: The US COVID-19 crisis is getting worse in most states.

This is still very much the first wave, as very few states were really able to flatten the curve before reopening. Even those that did could again experience new spikes as isolation fatigue leads to people making bad decisions.

50,000 daily cases is just a psychological milestone. It doesn’t suggest that the pandemic is uncontainable or that the curve can’t be flattened. As Dr. Anthony Fauci warned, things can get much worse, and the US could reach 100,000 daily infections if transmission is not contained. But the new milestone does highlight the massive problem authorities are facing. There’s increased community transmission now that several states have reopened, and many people are ignoring the measures that can help them prevent the spread of the illness. Practicing social distancing, proper hand hygiene, and wearing face masks is the only way to slow the spread of COVID-19 now that businesses have reopened.

New restrictions could also slow the spread and prevent hospitals from becoming overwhelmed. Per The Times, New York City decided not to allow restaurants to resume indoor service next week as it had planned. Miami Beach will reintroduce nightly curfews and California has closed bars and restaurants in 19 counties. Arizona will close water parks, with Gov. Dough Ducey having ordered bars, gyms, and movie theaters to close again for 30 days. In Florida, Miami’s biggest hospital announced that it would stop non-urgent elective surgeries as of Monday.

In a way, it’s deja-vu of what happened in March and April. But it’s not quite the same play. Hospitals are now better prepared to manage COVID-19 cases than they were earlier this year. There’s not as much of a shortage of PPE or tests. More importantly, several therapies do work against the novel coronavirus, so doctors can actually save more lives than in the first months of the pandemic.

The stance on masks has also changed. The official guidelines said in March that masks were not necessary, yet some people still wore face coverings. Now face masks should be worn by everyone who ventures out in public. Unfortunately, some people oppose them after seeing resistance to face masks from President Trump and some of his followers.

The Times notes that a growing number of Republican governors are now trying to send a different message. Even Vice President Mike Pence has started wearing and recommending face masks. Senator Lamar Alexander of Tennessee urged the president to wear one as well.

Trump seemed to be more open to wearing a face mask on Wednesday than before. “Well, I don’t know if you need mandatory because you have many places in the country where people stay very long distance,” he said when asked whether Americans should be required to wear them “You talk about social distancing. But I’m all for masks. I think masks are good. I would wear one if I were in a group of people, and I was close.”

As we’ve explained before, the Trump administration has set in place an elaborate protocol to ensure the safety of the president. Trump confirmed as much, saying that everyone around him is regularly tested. “But if I were in a tight situation with people, I would, absolutely,” he said, adding that he “sort of liked” the way he looked in one particular mask. “It was a dark black mask and I thought it looked OK,” he said. “I looked like the Lone Ranger.”

Some things have not changed, however. Trump also said on Wednesday that he believes the virus is “going to sort of just disappear.” That is absolutely not what is happening or what will happen in the coming months. Several experts have said before COVID-19 might never go away, including Dr. Anthony Fauci and WHO officials.

As of Thursday morning, more than 10.81 million people had been diagnosed with COVID-19 cumulatively, and over 521,000 died fighting the respiratory disease. More than 200,000 new cases were registered globally on Wednesday alone, which is a new record.