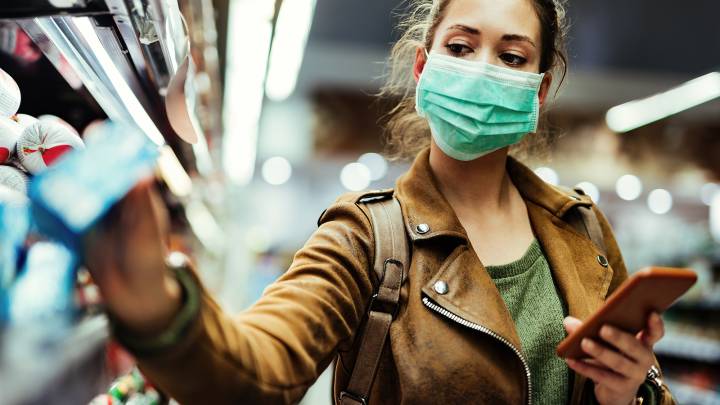 Getting rid of the novel coronavirus infection is one of the priorities of doctors treating COVID-19 patients. Several therapies are in trial phases, as physicians have been using various drugs to address COVID-19 symptoms and help the immune system kill the virus. Some of these drugs, like remdesivir and a triple-combo therapy, can hasten recovery times. Blood thinners can prevent complications by preventing blood clotting.

But scientists have started figuring out how the virus attempts to neutralize the immune system’s response, and think they know what drugs could actually kill the virus.

Icahn School of Medicine at Mount Sinai virologist Benjamin tenOever and his team explained in a new study how SARS-CoV-2 messes with the immune response in some patients, describing how the COVID-19 infection can lead to cytokine storms that can be fatal. (tenOever is his real name, by the way, not a typo.)

“It’s something I have never seen in my 20 years of” studying viruses, the researcher told Stat.

That something is the sneaky coronavirus’s ability to block the cell’s “call to arms” genes but allows “call for reinforcement” genes to work. All viruses interfere with both types, but SARS-CoV-2 only blocks the ones that would fight the virus soon after infection.

Call to arms genes, as tenOever calls them, are genes that produce interferons. These are released when a cell is infected with a pathogen, telling neighboring cells to activate their own cells that can slow the viral replication. This process can last 7-10 days and could buy time for the call for reinforcement genes.

This second group of genes produces chemokines that sound the alarm for immune system B and T cells. The B cells recognize the virus and create antibodies for them, which will later work in COVID-19 immunity, and the T cells remove the virus.

“Most other viruses interfere with some aspect of both the call to arms and the call for reinforcements,” tenOever said. “If they didn’t, no one would ever get a viral illness.” The novel coronavirus only blocks the interferons that would limit the viral load in the lungs, but allows the chemokines to sound the alarm.

What happens next is unsurprising. The virus replicates at will, and the millions of copies infect other cells. All of these cells would produce the interferons that would help reduce the replication, but the virus blocks the mechanism. All the while, the B and T cells are summoned, and this can lead to a massive inflammatory response. This is a “unique” and “aberrant” consequence of how SARS-CoV-2 manipulates the genome of its targets.

Without interferons, tenOever said, “there is nothing to stop the virus from replicating and festering in the lungs forever,” as his team found no interferon traces in the lung cells of COVID-19 patients. The lungs, however, will express more and more “call for reinforcement” genes, which will bring over more and more immune cells. “You start having inflammation that induces more inflammation.” tenOever said.
Without interferon to work against viral replication, lung cells are killed and the respiratory function of the lung is impacted. “And suddenly you’re in the hospital in severe respiratory distress,” he said.

Groups at risk include the elderly and patients with diabetes, heart disease, and other medical conditions. Their interferon genes are already weaker than in younger people even without a pathogen present. That explains why they’re handle coronavirus infection as well, and why they can experience an exacerbated inflammatory response.

Researchers from Japan explained in a different non-peer-reviewed study that the coronavirus has a gene called ORF3b that shows “strong anti-interferon activity.” That way, the cells don’t recognize the presence of the virus, and the interferon gene is not triggered.

Stat says that the discovery could lead to interferon-based therapies meant to counteract the effect of the virus on interferon genes. A third study also published in preprint form by researchers at the University of Texas Medical Branch shows that interferon IFN-1 can block the coronavirus from replicating as efficiently in lab conditions. Vineet Menachery and his team proved the virus has “a difficult time replicating” if IFN-1 is added to the dish. After a few days, the interferon-treated cells had a viral load 1,000 to 10,000 times lower than the cells where the virus was able to replicate at will.

Menachery says that type-1 interferon “could stop the virus before it could get established.” Interferon would let the cells know that a pathogen is there and allow them to limit the spread of COVID-19. Interferon is already used to treat various illnesses, including hepatitis and cancer, but it does come with side effects.

Clinical trials will be needed to establish a course of action, Stat says. But what the report doesn’t mention is a different study, which I alluded to before, which proved that adding interferon to two other antivirals could speed up recovery times. Doctors in Hong Kong combined interferon beta-1b, lopinavir-ritonavir (Kaletra), and ribavirin in COVID-19 therapies and found that the patients recovered in an average of seven days. The patients who were only given Kaletra needed 12 days to recover.

Separately, Stanford University has been recruiting volunteers to test a therapy based on a different type of interferon, peginterferon lambda-1a.