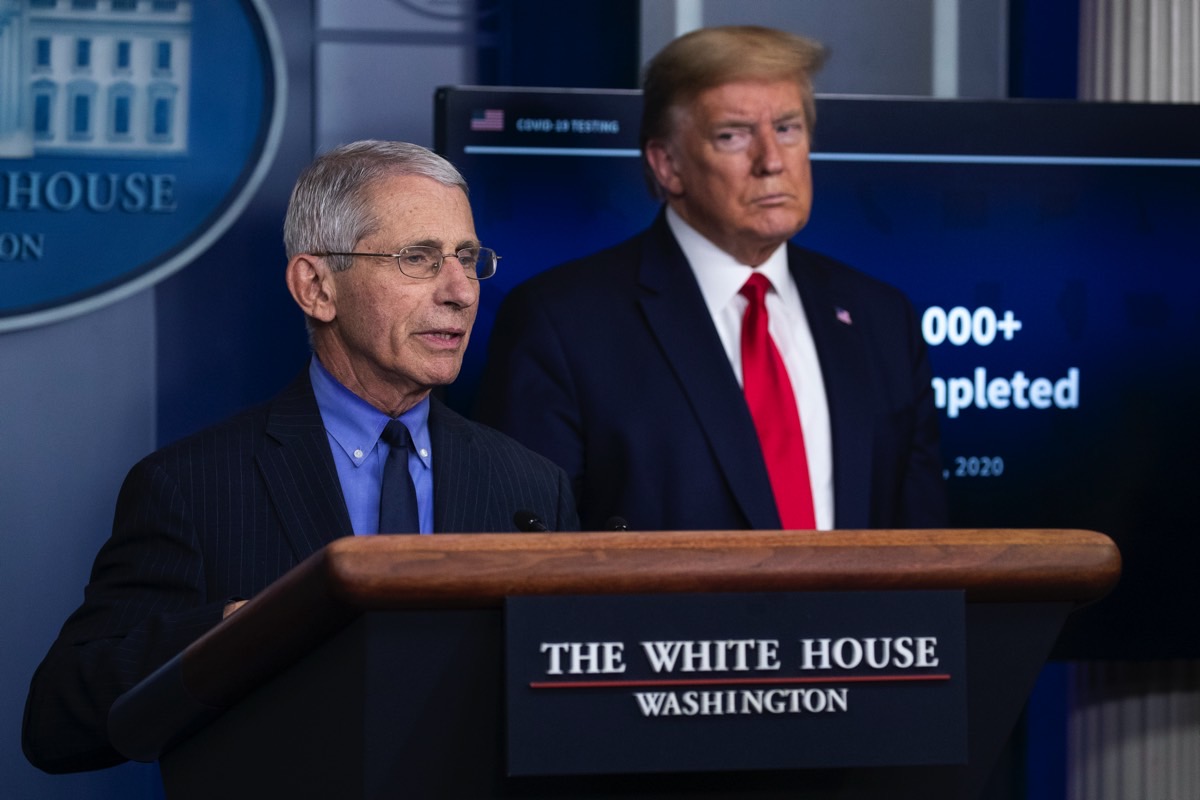 Hydroxychloroquine seemed to be a promising cure for the novel coronavirus back in mid-March when a limited study suggested that the anti-malaria drug could improve the recovery of COVID-19 patients. President Trump was quick to pick up the news and throw his support behind the drug, promoting it repeatedly as some sort of miracle cure that could both prevent and treat the illness. As more in-depth hydroxychloroquine studies were finalized, it became increasingly clear that the science doesn’t back up Trump’s excitement, and that hydroxychloroquine can’t prevent or cure COVID-19. The World Health Organization (WHO) dropped hydroxychloroquine from its massive trial to find drugs that work, and other research programs did the same thing in response to the overwhelming evidence that proved the drug isn’t effective against the novel coronavirus and can lead to severe adverse cardiac effects.

The nation’s top infectious disease expert Dr. Anthony Fauci has repeatedly cautioned against the use of hydroxychloroquine as long as the science was still out on the subject. The health expert had to do repeat this message again on Tuesday in response to Trump’s most recent hydroxychloroquine promotion. The president retweeted a video from a doctor who believes that gynecological problems come from sex with demons and witches, that alien DNA is used in some medical treatments, that vaccines can prevent people from being religious, and that reptilians and other aliens have infiltrated the US government. That doctor also thinks hydroxychloroquine works on COVID-19 patients, and that face masks are useless against COVID-19.

Twitter took action this week against Trump and his son, as both retweeted the same clip from the demon sex doctor. Trump left a press conference in a hurry on Tuesday, as he was pressed to explain his retweets.

Fauci went on ABC’s Good Morning America on Tuesday, where he contradicted Trump’s recent hydroxychloroquine remarks. Per Politico, Fauci said that Americans “should all be wearing masks outside,” and said that the Food and Drug Administration was right to withdraw the emergency use authorization for hydroxychloroquine last month.

“The overwhelming prevailing clinical trials that have looked at the efficacy of hydroxychloroquine have indicated that it is not effective in [treating the] coronavirus disease,” the director of the National Institute of Allergy and Infectious Diseases said. Fauci was also prompted to address Trump’s retweets on Monday that claimed Fauci “misled the American public on many issues.”

“I don’t know how to address that. I’m just going to certainly continue doing my job,” Fauci said Tuesday, adding: “I have not been misleading the American public under any circumstances.” Fauci has served as NIAID director since 1984.