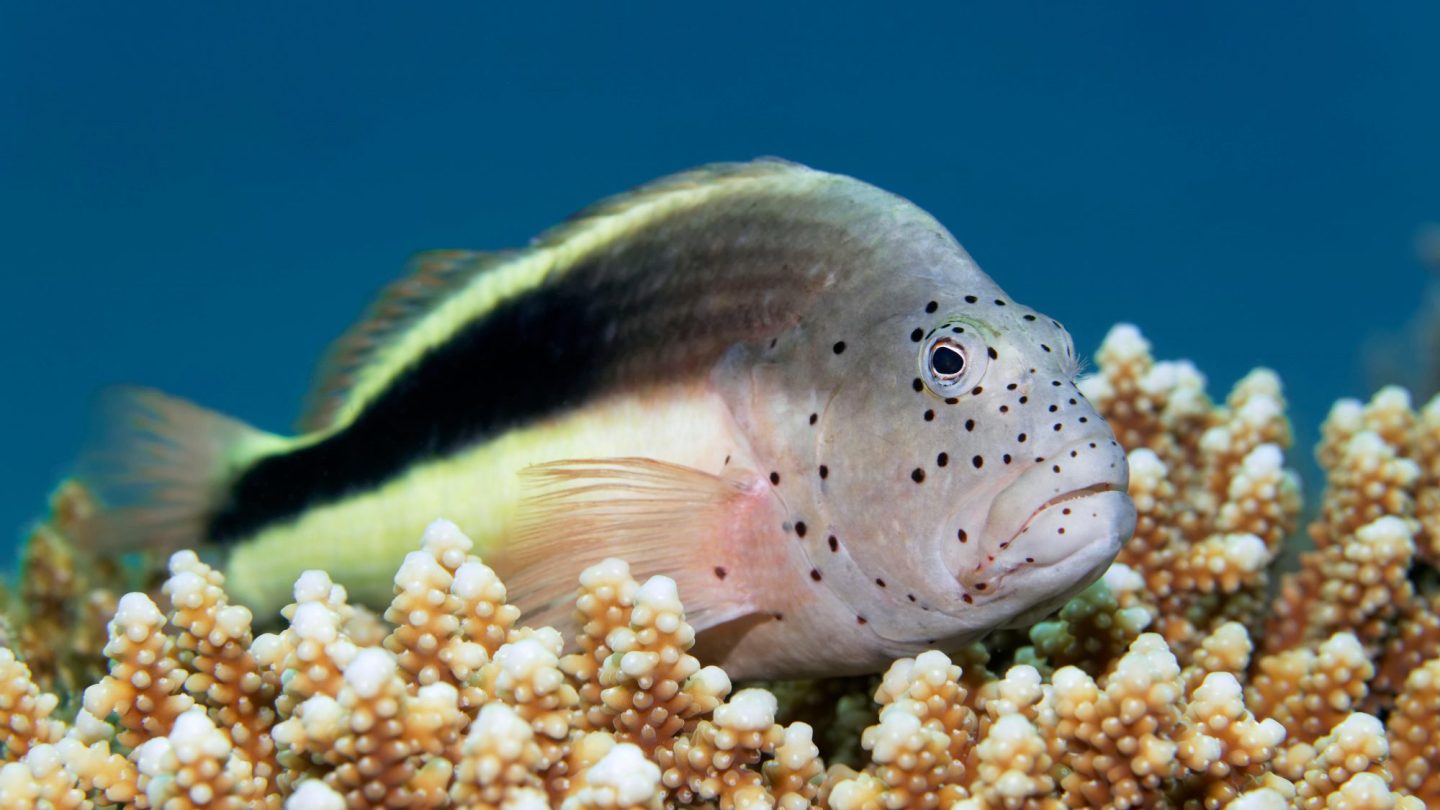 Coral reefs around the globe are dying off at a breakneck pace. Warming ocean waters have led to “bleaching,” which is just another way of saying that the organisms that live in and around the reefs have left or died. It’s a major problem, and even if we can get climate change under control, getting life to return to abandoned reefs has proven difficult for scientists.

The challenge is immense, but a new research effort suggests that a rather unconventional technique might do the trick. Researchers report in Nature Communications that using underwater speakers has proven effective in luring some crucial organisms back to abandoned reefs.

You might not think of anything in the ocean as being noisy, but the incredible variety of organisms that live in healthy coral reefs create more than their fair share of sound. Scientists have noted that when reefs begin to die off, the lack of noise from creatures that normally call the reef home actually hinders the ability of animals, especially young fish, to find refuge amongst the coral.

The noise acts as an acoustic beacon, and when a reef dies off due to warming ocean waters, fish have a hard time finding it even after cooler waters return. So, researchers tested whether artificial sounds can bring new life to once-bustling stretches of coral reef, and the results are promising.

In areas where underwater speakers blasted sounds mimicking those of a healthy reef, new species began to show up. Based on the observations of the scientists, the number of species in areas of reef where the sounds were played saw an increase of around 50 percent. That’s a significant jump, and the researchers noted that the newly-arrived species didn’t just visit and leave, but actually made their homes in the reef.

The research was conducted in sections of the Great Barrier Reef which have been devastated by bleaching. Australia has pledged an incredible amount of money to revive these areas of the reef, and it looks like underwater speakers could play a major role.