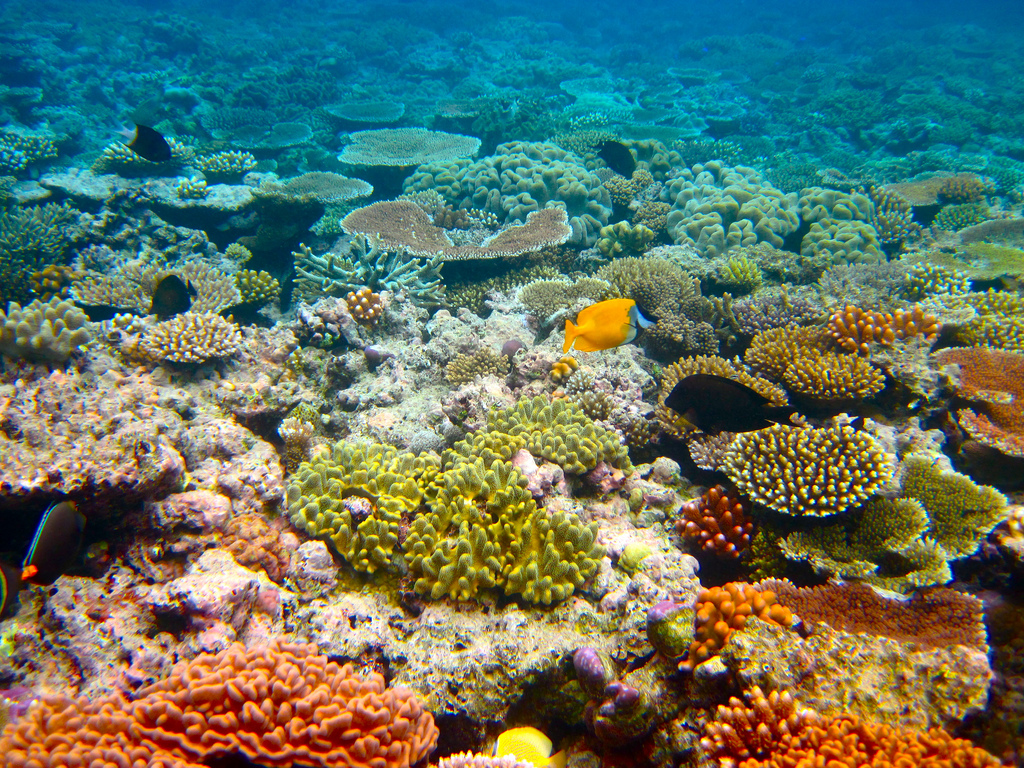 In case you hadn’t already heard, the world’s coral reefs aren’t doing very well as of late. Climate change is warming the world’s oceans, causing coral to die off at an alarming rate, and the reefs which are still hanging on have to deal with a relentless assault from human garbage and other waste. Put simply, mankind is messing up in a big way, but Hawaii is hoping to make at least a small turn in the right direction by banning certain sunscreens that have been proven to degrade coral.

As Buzzfeed reports, Hawaii is one governor’s signature away from issuing a ban on sunscreen chemicals oxybenzone and octinoxate, which recent research has shown can kill off coral.

As one of the sunniest and most popular tourist destinations in the United States, lots and lots of travelers spend time on the state’s beaches. Taking a dip in the ocean while wearing sunscreen that contains the harmful chemicals ultimately creates a toxic stew for any nearby coral. A single swimmer might not make a noticeable different, but over time it adds up in a big way. Estimates suggest that roughly 14,000 tons of sunscreen finds its way to coral reefs every single year.

Even worse, it might not even matter if you avoid swimming in the ocean while wearing the harmful sunscreen. Rinsing the toxic chemicals off in your shower sends them through the sewer system and, since water treatment doesn’t actively filter it out, it ends up back in the oceans anyway.

The chemicals in question are present in most of the top-selling sunscreens, and if the law is signed (it’s expected to be) it will force sunscreen manufacturers to tweak their formulations or risk being banned from sale in Hawaii altogether. The ban won’t go into effect immediately, and the Hawaiian government is allowing companies until 2021 to come up with sunscreen options that don’t contain the harmful chemicals.

It’s not just Hawaii that is taking action to preserve what’s left of our coral reefs. Earlier this week, the Australian government pledged a whopping AU$500 million to come up with a plan of action to aid the Great Barrier Reef recovery effort.