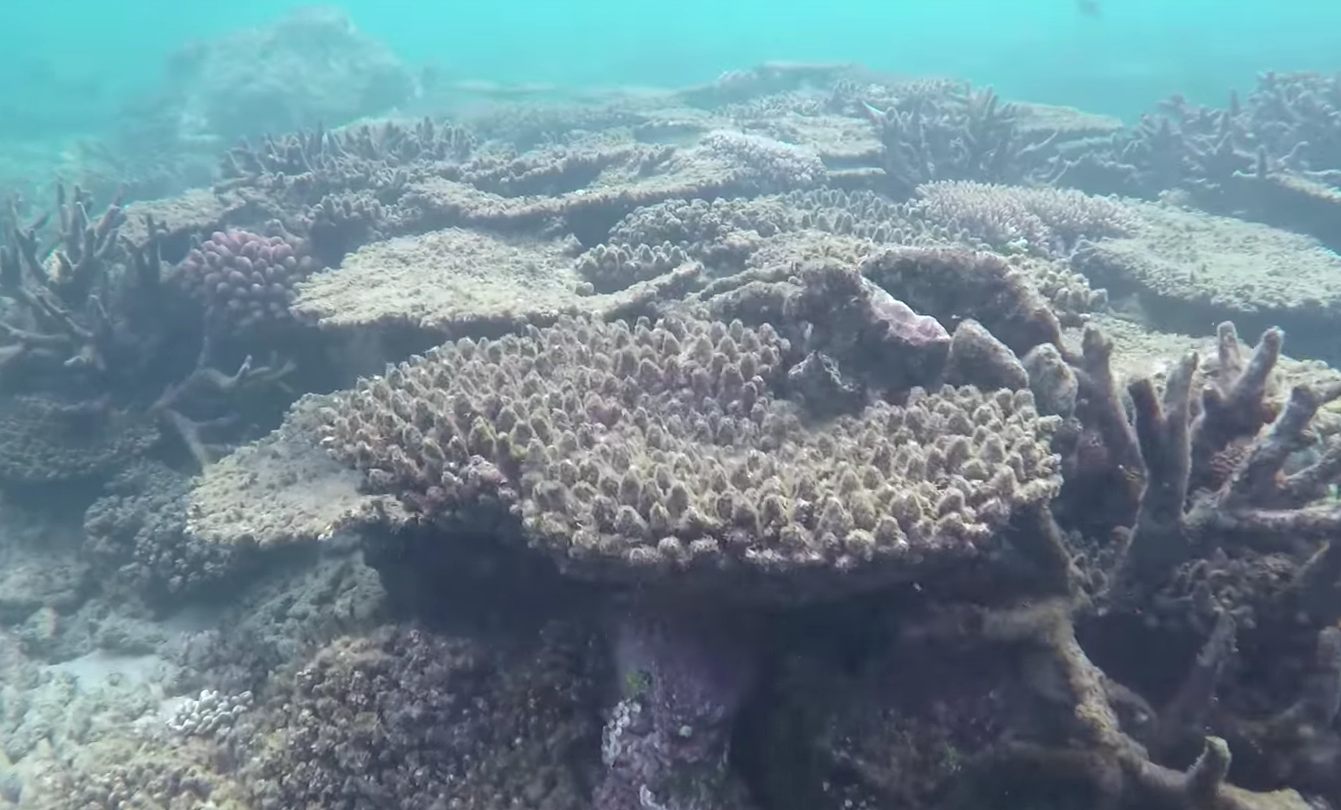 If the ocean’s coral reefs have one arch enemy, it’s definitely humans. We’ve altered the Earth’s climate enough that ocean warming is killing off huge sections of reef and impacting the ocean ecosystem as a result, and on top of that we can’t manage to keep our plastic trash from suffocating what’s left. Now, scientists studying the devastation of the largest coral reef system on the planet are delivering the worst possible news: we’ve permanently things up.

In a new study published in Nature, researchers explain their findings. The team studied the Great Barrier Reef in an attempt to forecast the future of the coral there and quickly discovered just how bad things have gotten. They found that heat stress from ocean warming has devastated massive sections of reef, with roughly one-third of the entire reef in a state of collapse, further impacting the ocean ecosystem in a way that it likely won’t recover from.

Coral reef “bleaching” is what happens when ocean waters get too warm in an area of the reef. When that happens, the algae that sustains the organisms in the reef tends to disappear, and the coral begins to die off, turning a ghostly white or pale gray color.

Bleaching on a small scale is a natural process that has the potential to rapidly correct itself if the warming of the ocean water surrounding the coral returns to normal, but humanity’s undeniable affect on the worldwide climate has ensured that the warming waters remain for extended periods of time. The longer the coral remains in its bleached state, the less likely it is to recover at all.

The ocean’s reefs have now experienced two back-to-back years of the most widespread bleaching ever observed, and the scientists studying it believe that much of it is a lost cause. With that in mind, it’s more important than ever to preserve what’s left of the ocean’s reefs in the hopes that it can still serve as the foundation for the ocean ecosystem as a whole.

If we don’t act to curb climate change, the large scale death of coral reefs is a bit like removing bricks from the ground floor of a high-rise building. Sooner or later, the top will tumble, and it will bring everything else in the ocean along with it.