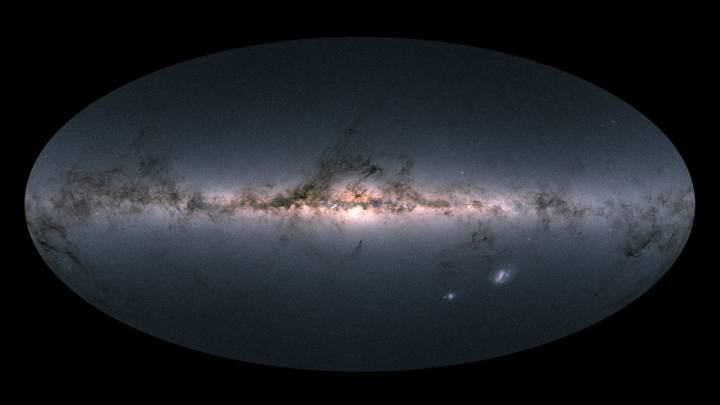 When you peer through a telescope into the night sky you’ll see plenty of neat things, including lots and lots of very distant stars, but there’s something hiding between them that could pose a threat if we ever decide to leave our Solar System. A new study released today suggests that interstellar space is actually full of tiny particles of gross, greasy goop that could threaten future deep space missions.

Scientists have long thought that the space between stars is filled with a variety of material. This space “dust” is made up of a number of different things, including greasy carbon-based molecules, and this latest round of research ventures a guess as to exactly how much there is. Spoiler: It’s a lot.

The research, which was published in Monthly Notices of the Royal Astronomical Society, focused on how the greasy carbon compounds form. The scientists recreated the conditions under which they believe the compounds are expelled from carbon stars, discovering that for every million hydrogen atoms created, 100 atoms of carbon goop comes along with it.

Applying that ratio at a galaxy-sized scale gave the researchers the figure they were looking for: 40 billion trillion trillion metric tons of greasy, dirty goop is floating around between the stars of just the Milky Way alone. That’s a whole lot of space gunk to deal with if humanity ever masters the art of interstellar travel, and it could build up on the exterior of spacecraft and ultimately hinder progress.

You might be wondering why we can even see distant stars if there’s so much junk in outer space, but the answer is actually pretty simple: Space dust is really just a fine mist of particles, some of which is this greasy carbon goop, but it’s so thin that it doesn’t dramatically affect our ability to see light from distant objects. Those fine particles can really add up, especially in the massive distance between many celestial bodies, which leads to the huge figure the scientists came up with.