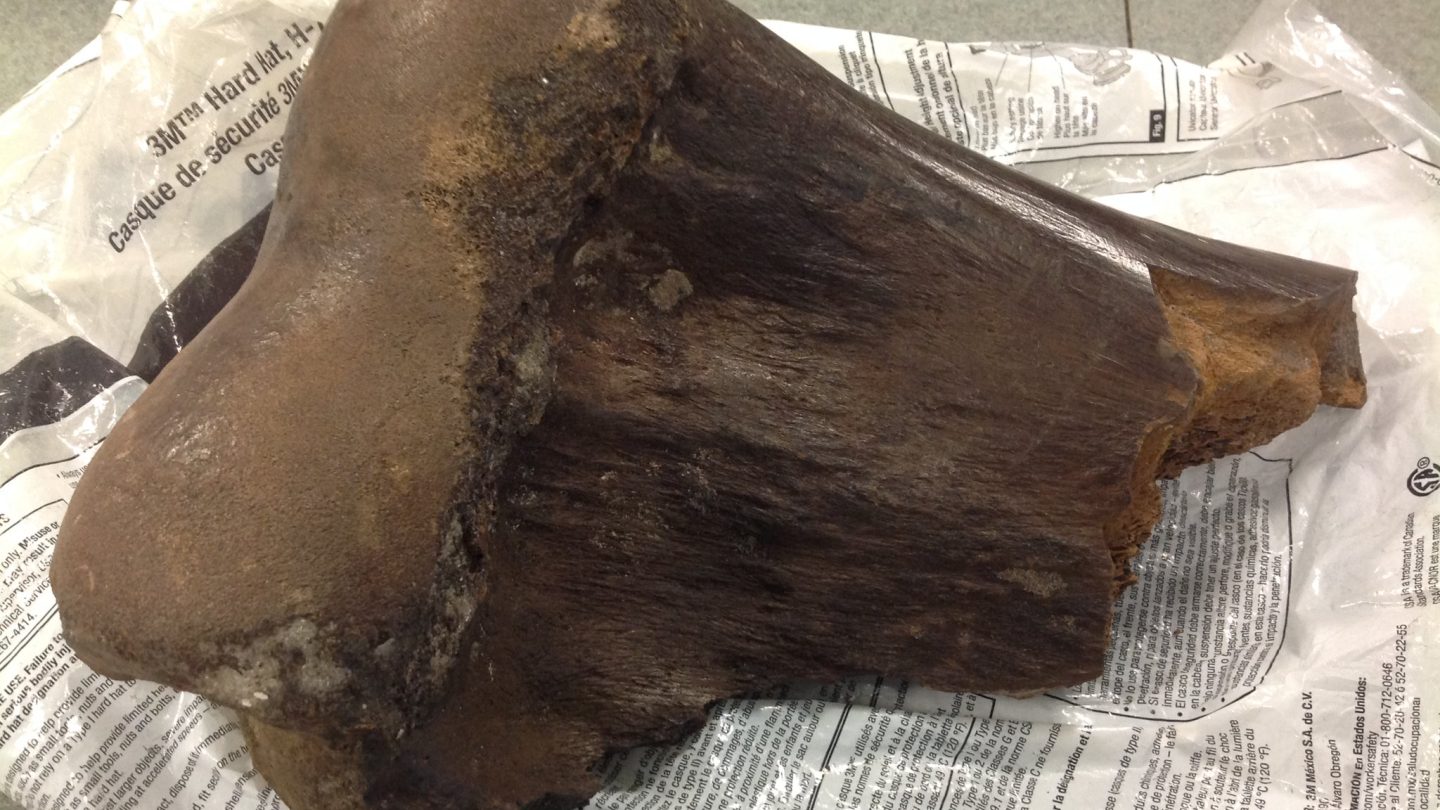 This time of year many people flock to Florida in search of sunny beaches and Mickey Mouse, but the city of Cape Coral is now known for something entirely different. As local news outlet WCTV reports, a construction crew working in the city stumbled upon something they weren’t expecting while digging deep to perform some utility work. There in the dirt, the crew discovered a massive bone from a creature who hasn’t walked the Earth for thousands of years.

The bone is thought to be that of a mastodon or mammoth, both ancient relatives of modern elephants which have been extinct for a very long time.

According to reports, paleontologists will be working to determine exactly what species the bone came from, but it’s already abundantly clear that the remains are incredibly old. Researchers are estimating that the fossil is up to 250,000 years old, but that’s not even the most exciting part about the discovery.

Because of how large the bone fragment is — approximately a foot long and nearly a foot wide — it’s thought that there may be more of the animal’s fossilized skeleton hidden in the nearby ground. For now, the bone will remain in the custody of the Cape Coral Historical Museum, but it’s likely that scientists will line up to examine it.

Mammoths and mastodons are often intermixed when talking about ancient animals but they’re actually two distinct lineages. Mastodons were far older than mammoths, living tens of millions of years ago and existing up until around 10,000 years ago. Meanwhile, mammoths only got their start around five million years ago, and the iconic wooly mammoth didn’t show up until around 250,000 years ago. Mammoths also went extinct around the same time as mastodons.

We can’t say for certain which species the bone belongs to, but based on quotes from several local sources, it seems that those in the know are leaning ever so slightly towards it being a mammoth.