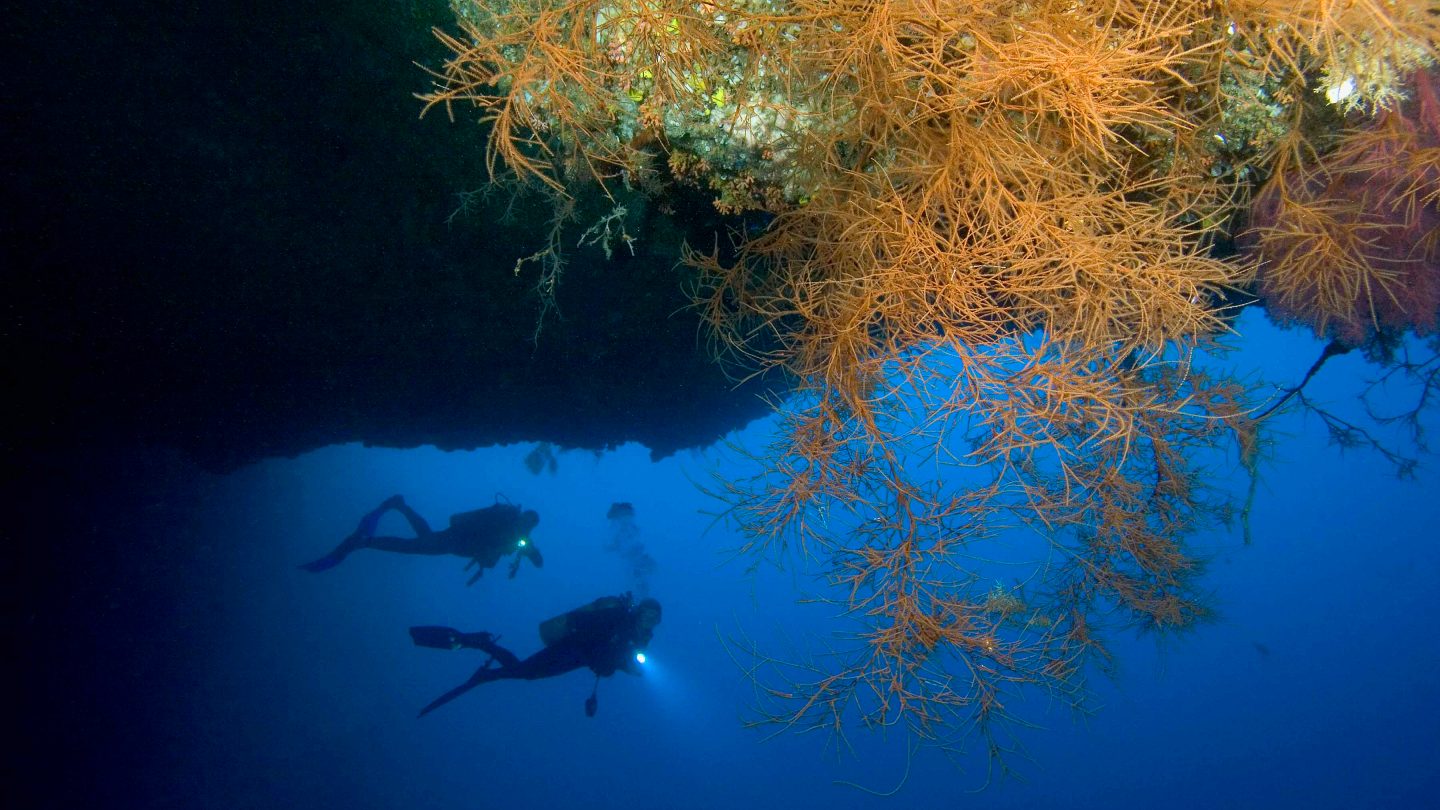 It’s been said that we know more about space than we do about what lurks in the deepest reaches of Earth’s oceans. The appearance of mysterious “blue holes” on the ocean floor is a great reminder that the oceans still have some secrets to tell, and one particular blue hole is about to get the attention it deserves.

The hole has been around for a while, though it has rarely been studied. It’s essentially a sinkhole in the ocean floor, creating a cavern. The hole is located off the coast of Florida and has been nicknamed the “Green Banana.”

As the Independent reports, a mission to explore the Green Banana is kicking off this month. It’s currently believed that the sinkhole stretches nearly 300 feet deep into the ocean floor, but there are still many unanswered questions about it and how it formed.

One of the more pressing questions is whether or not the water inside the hole is different than the ocean water above it. It’s been thought that freshwater springs may be what creates these holes, flushing out the material beneath the seafloor and eventually creating a gap. The Green Banana is known for the abundance of life surrounding it, including fish and aquatic plants, so understanding what might be different about this area is important for researchers.

Divers love exploring the area because the water is crystal clear compared to the surrounding ocean, and the researchers think there’s something very special going on. To find out, they’re dropping a massive piece of hardware into the hole. Almost like a probe NASA would send to another world, the large “lander” will be placed inside the Green Banana, while scientists collect samples and try to spot differences between the environment within the blue hole and outside of it.

The mission is being funded by NOAA, the National Oceanic and Atmospheric Administration. The group is curious about these strange features of the ocean floor and wants to learn as much about them as possible. It’s been theorized that blue holes that pop up near one another may be connected in some way, like an underground network of springs that have hollowed out the ocean sediment and created a sort of cave network that remains hidden.

Solving the mysteries of the blue holes will be challenging, but there’s no telling what might be discovered once the researchers begin their analysis. It’s like exploring another world, only wetter.