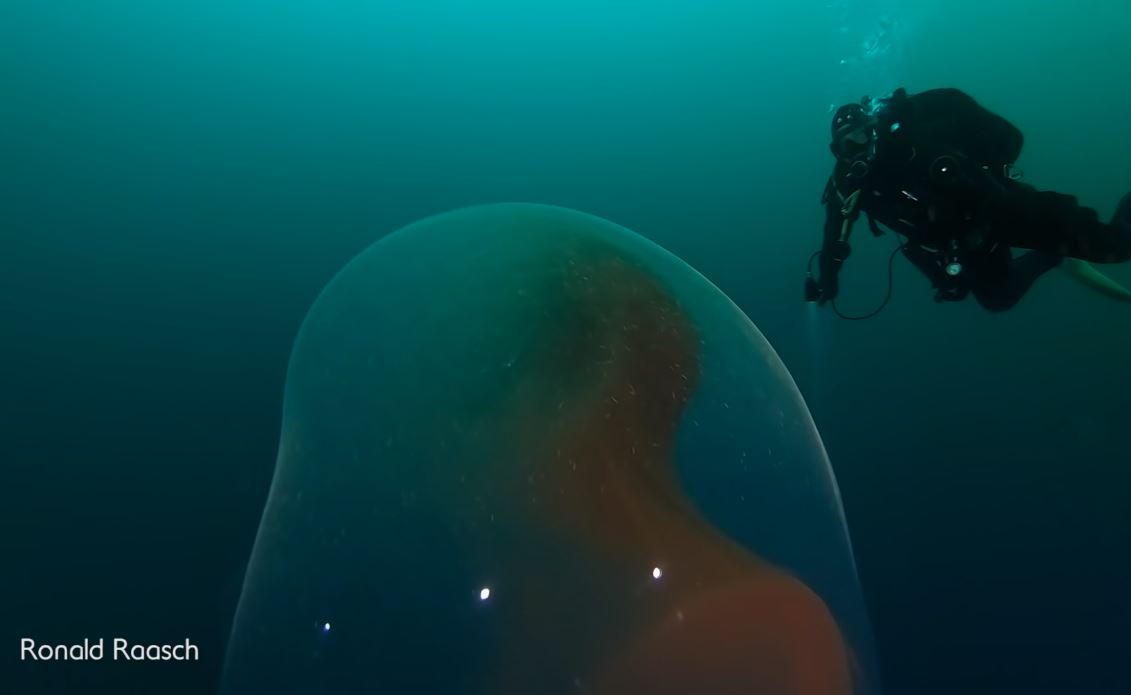 If you’ve ever wanted to explore an alien land full of bizarre creatures, diving into Earth’s oceans is about as close as you’re ever going to get. The incredible diversity of wildlife in the oceans means that no two trips below the waves are the same, and as a team of researchers recently discovered, even the most unassuming objects can hold some incredible secrets.

In a video that was recorded by researchers who were diving in the waters off the coast of Norway, a giant, alien-like blob appears. The strange object seems utterly otherworldly, but once the camera gets a bit closer, the blob begins to tell its secrets.

As the video’s description explains, the gelatin-like orb is actually a massive egg sac. Its creator, a squid, deposited hundreds of thousands of tiny eggs inside where they slowly grow and mature into baby squid. The egg sac was floating about halfway off the ocean floor at a depth of around 17 meters, and as you can see from the video, it’s absolutely huge.

The divers weren’t specifically hunting for the egg blob, and apparently weren’t targeting any deep-sea wildlife at all. The trio, including cameraman Ronald Raasch, had departed the REV Ocean research vessel to explore a World War II-era shipwreck at a depth of around 200 meters and had run into the strange object on their way back.

It’s an interesting sight, and the researchers couldn’t easily identify what species of squid had made this particular blob. The sac looks like something straight out of a science fiction flick, but these big weird blobs are just part of the squid’s life cycle. Once the squid are old enough to fend for themselves they will depart and do their best to survive the dangers of the ocean.