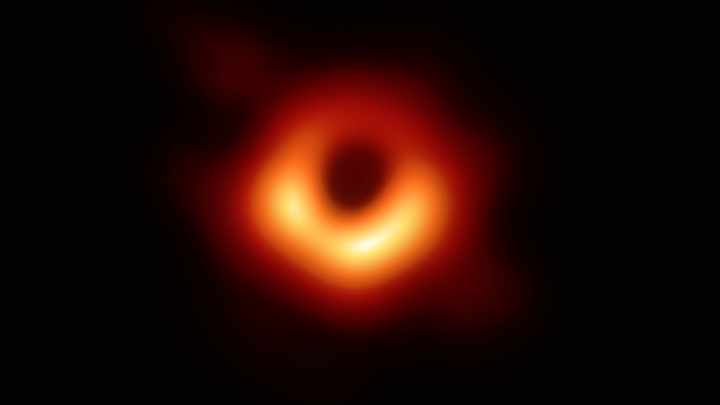 As we expected, the international collaboration of scientists involved in the Event Horizon Telescope project have made good on their promise to provide the first-ever visual evidence of a black hole.

At a conference today, which was held simultaneously in several countries and in multiple languages, researchers revealed their findings to the world. What we got is the image you see above. Well, not just that, but it’s obviously the most important bit. That, ladies and gentlemen, is a black hole.

“Scientists have obtained the first image of a black hole, using Event Horizon Telescope observations of the center of the galaxy M87,” the Event Horizon Project said in a statement. “The image shows a bright ring formed as light bends in the intense gravity around a black hole that is 6.5 billion times more massive than the Sun.”

The Event Horizon Telescope is a network of individual observatories located in several countries, working together and combining their power to peer as far into space as possible. The goal has always been to snap the first photo of a black hole, and now we have the first real result.

As the researchers explained during the ESO’s press conference, this is a discovery that has been over a century in the making. It was Albert Einstein that first theorized that objects like black holes might exist, and further research suggested that they were actually fairly common in the universe, even though no human had never seen one.

If you didn’t know what you were looking at, the image wouldn’t really be that interesting. I mean it’s a dark spot in a bright ring, surrounded by a sea of darkness. What you’re actually seeing is one of the most powerful forces in the universe sucking in everything around it, and it’s just the beginning for the Event Horizon Telescope.

Going forward, the group plans to hunt for more black holes and use increasingly powerful telescope technology and collaborations with others around the world to snap images with higher resolution and greater fidelity.