Archeologists have just discovered a nearly complete bird, encased in fossilized tree sap, that has remained intact for almost 100 million years. The bird, which was just a few days old at the time of its death, is one of the most stunningly preserved examples of pre-history avian life ever recovered — but this is no ordinary bird.

The dream of resurrecting dinosaurs from their ancient remains, like in Jurassic Park, might be nothing more than science fiction, but one aspect of the pseudoscience depicted in the film franchise is actually quite true: archaeologists regularly find prehistoric bugs and other small creatures perfectly preserved in amber. This newly-discovered fossil, which was located in Burma, includes half of the bird’s entire body, including a wing, claws, and head. 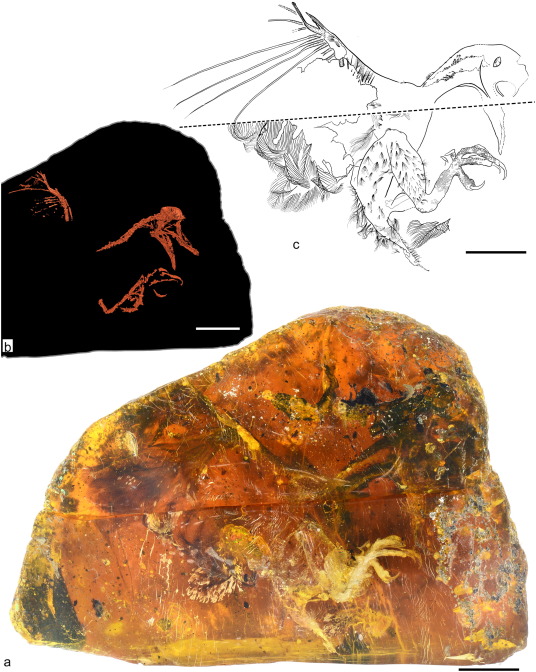 Unlike modern birds, this newborn hatchling is from a now-extinct branch of the family tree called Enantiornithines. Researchers say they would have looked a lot like modern-day avians, with the exception of some added features such as claws on their wing tips and small teeth tucked away in their beaks.

The fossil has already taught researchers a lot about the ancient species. They’ve determined that birds like these were able to take care of themselves much earlier than most modern bird species, thanks to fully developed flight feathers at the time of their hatching, suggesting that they could take to the skies immediately rather than being confined to a nest for the early part of their lives. The amber treasure will soon be put on display at the Shanghai Museum of Natural History until the end of July.