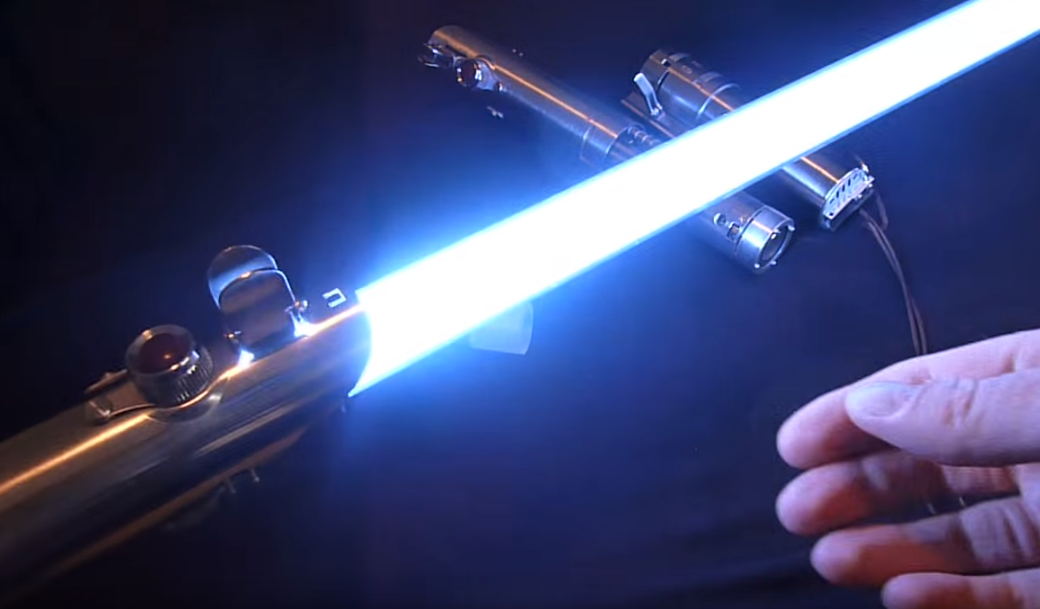 The release of Star Wars: The Force Awakens last month has inspired a new generation of nerdy engineers to try their hands at making their own homemade lightsabers. While all of the homemade lightsabers we’ve written about have their merits, a new one posted by YouTuber Martin Beyer last week might be the most impressive model we’ve seen so far.

On his YouTube page, Beyer explains that this is his second prototype lightsaber, although he emphasizes that he’s still a long way from building a lightsaber that would be good enough to sell. Here’s his list of components he used to make the lightsaber:

As you can see in the picture below, he did a really nice job of making the hilt look like that of a lightsaber you’d actually see in the Star Wars universe:

And here’s a better look at the crystal chamber that he uses to filter the light:

So when he assembles the entire thing and turns it on, it looks really awesome like this: