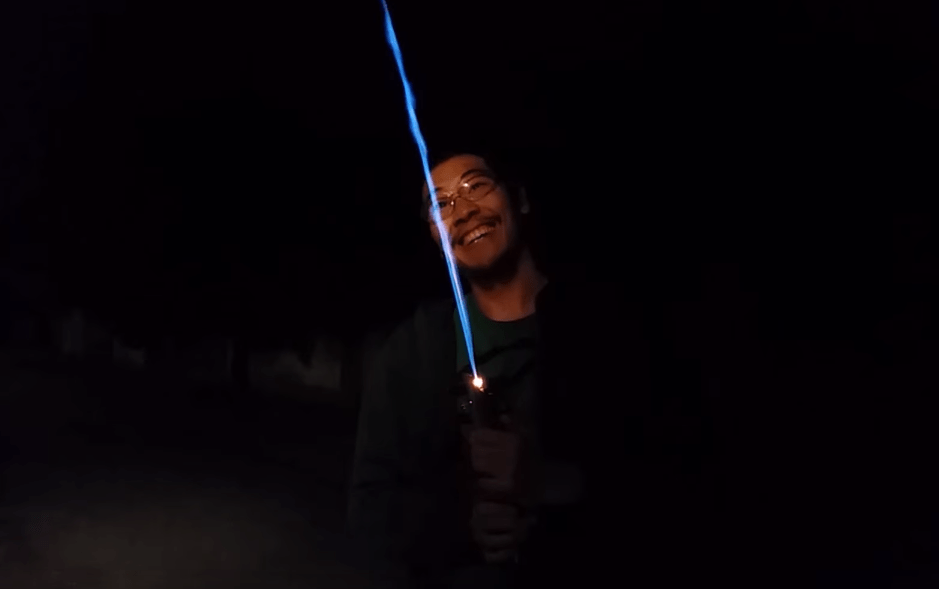 Is there anything purer than the look of pride on a nerdy engineer’s face when he realizes he’s created a working lightsaber model? The answer to that question is “no,” as a new video posted by electrical engineer Allen Pan will demonstrate.

FROM EARLIER: Why Martin Shkreli is the best corporate villain of all time

I highlighted Pan’s work earlier this year when I wrote about his brilliant replica of Thor’s hammer that he designed to make it seem like only he could lift it. (In reality, he equipped it with a high-powered electromagnet that was connected to a fingerprint scanner that would only shut off when his thumb touched it.)

This time, he’s back with a lightsaber replica that uses a nichrome ignition system to shoot a beam of fire straight up into the air from the device’s hilt, which is filled with a methanol/acetone fuel mixture. To make the device super nerdy, Pan even equipped it with a tiny microphone that lets out a lightsaber sound effect whenever he turns it on. After all, if you’re going through the trouble of making a real lightsaber, you don’t want to leave out any important details.

In the video, Pan admits that wielding the device is a little bit scary, which is understandable since he’s basically holding a three-foot-tall column of fire in his hands. But his face… ah, his face is just priceless.

Check out the while video below.